“Twitter’s false claim that Mr. O’Keefe used ‘fake accounts’ on Twitter has caused Mr. O’Keefe damage and, unless retracted, will continue to cause him damage.” 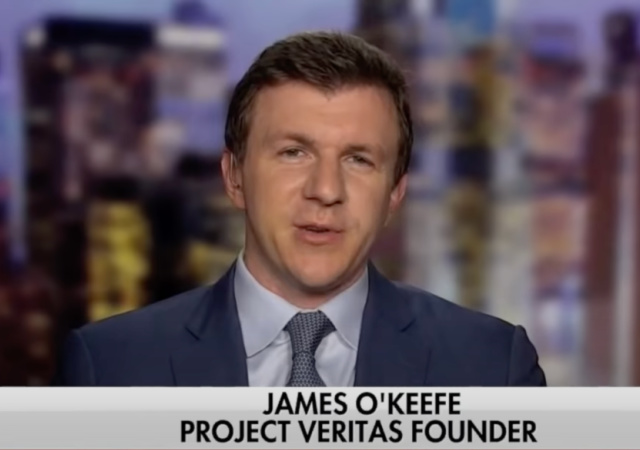 Project Veritas founder James O’Keefe sued Twitter in the New York Supreme Court for “false and defamatory” statements made when the platform banned him.

The ban came after O’Keefe published three videos of CNN Technical Director Charlie Chester admitting the network engages in propaganda and frames its narrative to protect the BLM movement.

“This defamation action arises from Twitter’s false and defamatory April 15, 2021, statement concerning Twitter’s decision to ban Plaintiff James O’Keefe, an investigative journalist followed by over 926,000 Twitter users as of the time he was banned,” the suit reads.

Twitter said it banned O’Keefe for supposedly violating the manipulation and spam policy. The social media platform said, “You can’t mislead others on Twitter by operating fake accounts” and “You can’t amplify or disrupt conversations through the use of multiple accounts.”

Mr. O’Keefe is a journalist whose reputation depends on his ethical and transparent conduct and his production of reliable and accurate news reporting. Twitter’s published claim that Mr. O’Keefe “operat[ed] fake accounts” is patently and demonstrably false. Moreover, as detailed below, as the owner and operator of its own platform, Twitter was in a unique position to know that this claim was false. Alternatively, given the extent of its knowledge and information, Twitter acted with reckless disregard for the falsity of this claim when it published it. Twitter’s false claim that Mr. O’Keefe used “fake accounts” on Twitter has caused Mr. O’Keefe damage and, unless retracted, will continue to cause him damage, as set forth in detail below.

O’Keefe alleges Twitter would have to know it put out false statements:

Twitter controls and operates its own platform and necessarily has the means and ability to confirm if an individual is operating multiple accounts under aliases and to authenticate the identities of those who open accounts, and as set forth in the publications quoted Twitter does so on a regular basis. Such monitoring and examination, moreover, are, on information and belief, more common when Twitter’s analysis points to a connection between accounts that have very large numbers of followers, such as that of Mr. O’Keefe, which had over 900,000 followers. Twitter, on information and belief, did in fact perform such monitoring and examination with respect to the account of Mr. O’Keefe. Given the extent of such monitoring and the prominence of Mr. O’Keefe’s account, the odds would appear infinitesimal that Twitter could have concluded, albeit erroneously and negligently, that Mr. O’Keefe was operating fake accounts and formulated and disseminated a statement explaining its supposed reason for banning Mr. O’Keefe on the very same day, and within hours, of his use of that account to publicize embarrassing disclosures concerning CNN.

O’Keefe asserts he “typically only tweeted from his personal account.” The lawsuit notes that he “would from time to time craft, review, and/or approve tweets from the Project Veritas and/or Project Veritas Action accounts.”

But none of those “accounts were ‘fake.'”

A NY court just allowed a similar suit filed by O’Keefe against the NYT to go ahead, i.e. the court declined to dismiss the suit as the NYT had requested — so there is reason to hope the same will happen here — what will ultimately happen to these suits when/if Project Veritas and O’Keefe get their day in court remains to be seen.

There needs to be a lot more lawfare from people defamed and damaged on the right. As it stands, corporations and corporate media only fear the left and the cost of defending themselves from unending lawsuits to make them act and think “right”. It’s why they so quickly take the side of radicals.

Agreed.
O’Keefe is fighting OUR fight, when few others (certainly not the GOP) are.
He deserves your material support. Put some of your skin in the game.
Heavens, it’s even tax-deductible, how much easier could they make it?

I hope he gets a decent judge to oversee this suit, because I want him to own Twitter when all is said and done. I hope he’s asking for YUGE punitive damages.

Whatever. Twitter® will just drag the lawsuit out forever until O’keefe cannot afford the legal fees and then it’ll all just be swept under the rug where all the other lawsuits against Twitter® have ended up.

Not sure how far this case will go given the mans reputation for deliberately misleading videos.