Bloomingdale’s said it was “was immediately removed from our selling floor and we apologize to anyone who found this t-shirt distressing.” 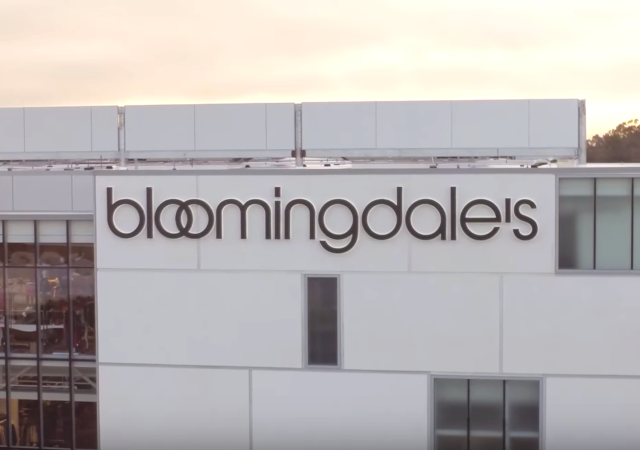 WPIX reporter Allison Kaden complained to Bloomingdale’s on Twitter over a Fake News t-shirt, which led to the famous department store pulling the item.

Thank you for bringing this to our attention and we apologize for any offense we may have caused. We take this feedback very seriously and are working quickly to remove this t-shirt. Again, thank you for taking the time to alert us.

Give. Me. A. Break. Can we stop with the sensitivities?! From Fox News:

A spokesperson for Bloomingdales told Fox News on Monday that the shirt “was immediately removed from our selling floor and we apologize to anyone who found this t-shirt distressing.”

It was unclear how long the shirt had been sold and at how many stores. The top was not listed for sale on the department store’s website.

Back in November, Mike blogged about a school that forced a young student to remove his “Fake News Network” t-shirt before his school toured the CNN headquarters.

The student told his parents he wanted to buy the FNN t-shirt once he learned about the tour.

President Donald Trump coined the popular phrase. I mean, fake news does exist. We have documented many instances of fake news, which include the news stretching the truth to fit their agenda.

I’ll say it again: If you don’t want to be called fake news then don’t put out fake news.

Also, point your anger at those who caused Trump to constantly say the phrase.

These corporate advertisers have less backbone than college administrators.

notamemberofanyorganizedpolicital in reply to Whitewall. | February 12, 2019 at 10:19 am

Where do you think they came from?

Bloomingdale’s and Macy’s – where the Elitists’ Maids Shop!

I kid you not – that was the standing (prolly still is) of those stores with the Globalist!

Fake news shirts can be bought for $10-$20. No one is going to miss Bloomingdales, they were probably gouging on price anyway.

As described here after a NYT reporter and CNN head confessed that the term Fake News has nothing to do with accuracy and everything to do with whether the source is ‘approved’, http://invisibleserfscollar.com/outside-in-conjoining-education-media-to-consciously-create-consensus/ it is important to recognize just how much the media seeks to create the categories, images, and concepts we use to guide perception and the interpretation of our experiences.

It ceases to work if we are aware of the manipulation.

Poor Snowflake Allison Kaden,,, whining because she ,,,, saw ,,,, a t-shirt with Fake News on it,,, oh the Horror of it !! What a Pathetic Life she must have.

Life must not be so bad in local news if she is shopping at Bloomingdales.

notamemberofanyorganizedpolicital in reply to Massinsanity. | February 12, 2019 at 10:21 am

That’s where all the Globalist-Elitists’ maids shop.

Her shopping at Bloomingdales shows that she is stupid.

No, he didn’t. He repurposed it. Clinton used it in its original meaning, complaining that people were spreading and believing stories about her that came from sites that don’t even pretend to provide genuine news, such as the Onion or the Babylon Bee. Stories from those sites are deliberately and openly designed to look like news without actually being news. In other words, they are fake news.

At that time the phrase deliberately excluded stories from sites that purport to provide real news, but that get it wrong. It’s the difference between fiction and false non-fiction. There are a lot of non-fiction books that are completely false, but they’re non-fiction because they purport to be true, and not merely as a literary device.

But Trump repurposed the phrase to refer to false stories from genuine news sites. Now it could be that he simply misunderstood the original usage that Clinton was using. But I think he understood it and was making the point that the distinction between CNN, for instance, and the Bee is more imaginary than real. If CNN were honestly doing its best to report the news, and occasionally got it wrong as any news source must, then the distinction would be valid. But when it routinely makes stories up out of whole cloth, what practical difference is there between it and a site that doesn’t even pretend not to be doing so? They’re both fake, the Bee is just honest about it.

You are correct, though.

The Bee is also funny (unlike most major comedy outlets recently) and sometimes hits to the heart of a story far better than even the serious news ever can, as the MSM talking heads dance around the latest points.

There is a rather large difference between openly disclosed satire and ‘fake news’. Otherwise, we’d have to rename CNN the Comedy Channel. But truth in advertising in the news biz died a long time ago. Actual reporting seems rather rare these days – MSM outlets mostly publish resistance propaganda.

“… from sites that purport to provide real news, but that get it wrong.”

That’s very generous of you Milhouse. I don’t know what the percentage actually is, but a significant percentage isn’t mistaken but purposeful. Along that line immediately publishing a headline story which essentially attacks the President without verifying the story, because it fits your predisposed opinion of the President, only to find the story is erroneous isn’t a mistake.

It isn’t obvious from this, but I agree with you, particularly the second paragraph, and “upvoted”.

An honest parody is not offensive or pernicious. DJT identified the real Fake News, which is malicious.

Never fear consumers! Amazon.com will carry all of the merchandise you desire. That’s why they are growing by leaps and bounds and the politically correct stone and mortar stores are dying by the handful.

NEVER, ever shop through Amazon, just out of principle.

While we’re at it, here is the closing company that was banned from the Super Bowl because they were too patriotic:
https://www.ninelineapparel.com/

Where are these “… hard working journalists who bring REAL news to their communties.” to be found? To whom is she referring?

No doubt to me an “Impeach Trump” t-shirt would survive if one or two people complained.

I think you mistakenly left out “thousand”.

Journalists are now setting themselves up as arbiters of what sorts of speech is acceptable?

Somehow you’d think an honest journalist would favor minimal speech restrictions, and especially of speech others might find disagreeable. How many of these “jourolists” perceive their role in society as public censors, “protecting” the public from “bad” speech?

At the rate journalists are going, their reputation will be worse that politicians.

“reputation will be worse”

Let it read, Reputation is worse….

They should have pulled the whole line due to an overabundance of ugly.

Brought up the NewsGuard logo on this site has been shown to be fake news also. You should take it off the site.