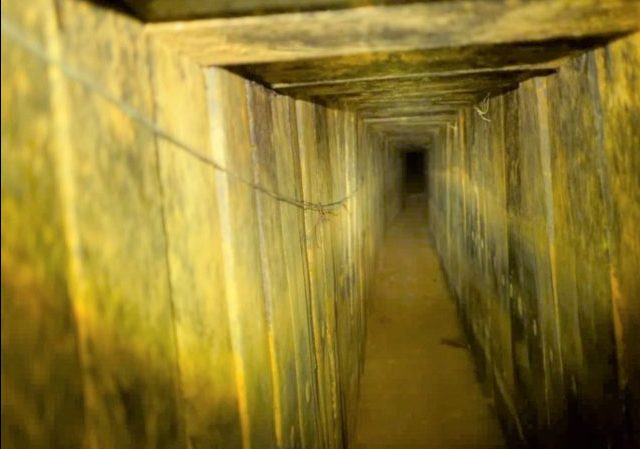 International assistance including Cement, steel, wood and other materials that could be used to build and repair homes, are diverted to military purposes. Each such tunnel uses approximately $3 million in resources.

This all demonstrates a point I have made before, how One People built tunnels, the other a nation:

Just think what could have been.

Israel left Gaza in 2005. The vast international aid that flowed to Gaza could have been used to build the foundation of a nation.

Instead it was put to building tunnels and rocket infrastructure.

Rather than forging economic ties with the world, it forged military ties with Iran and Hezbollah to achieve the goal of the Hamas charter — the destruction of Israel.

Meanwhile, Israel continued to build a nation, becoming one of the high tech capitals of the world.

That could have been Gaza, where the people obviously have tremendous skills and ingenuity. But it was a choice that was not made.

Israel has destroyed over 15 such tunnels in the past two years. We have covered several of these operations:

Another attack tunnel, which reached 200 meters into Israel, was just destroyed. The Times of Israel reports:

The tunnel originated in the area of Khan Younis in southern Gaza and was “part of and connected to a military tunnel network,” according to IDF spokesperson Lt. Col. Jonathan Conricus.

The military said this was the 15th tunnel destroyed by Israel since October 2017….

Conricus would not elaborate on the techniques Hamas employed in the construction of the tunnel to try to avoid detection by the IDF.

“This specific tunnel, in the way it was built, indicates that Hamas is trying to challenge our counter-tunnel efforts. They are changing the way they excavate in order to make it more difficult for us to detect them,” Conricus said.

“But we have different technological developments that allow us to bridge that gap as well,” he said….

The spokesperson said the tunnel was a “complex” one with “multiple branches.”

“This tunnel had electricity, as well as communication hardware, and seemed to be of high quality,” he said.

This graphic shows the location in the southern Gaza strip: 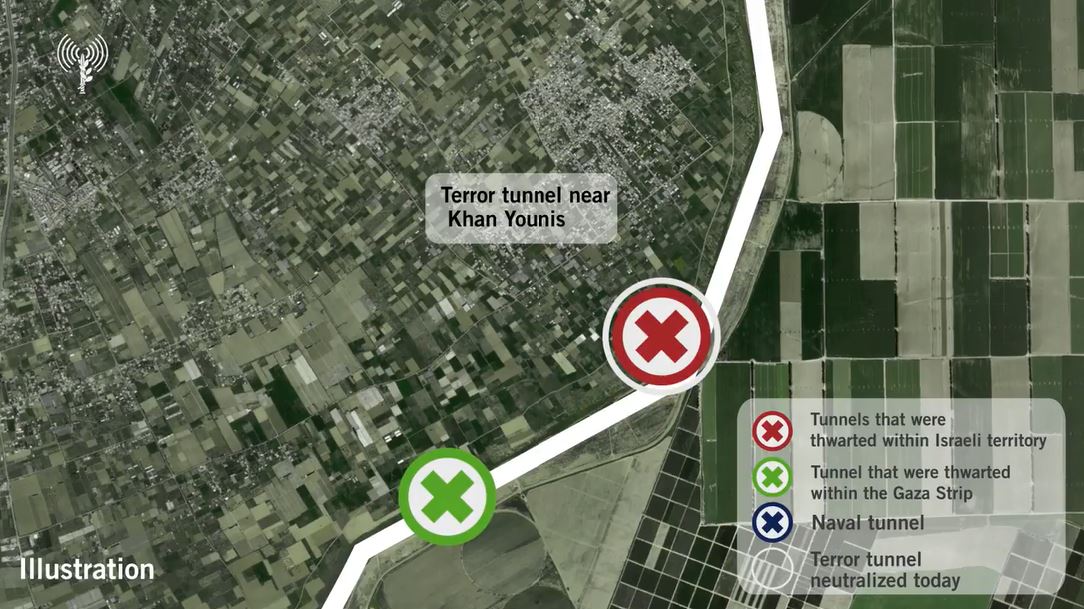 This video shows the destruction of the tunnel:

An officer in COGAT, the Israeli agency that transfers goods to Gaza, filmed this message:

A spokesman for Prime Minister Benjamin Netanyahu tweeted additional photos of the tunnel: 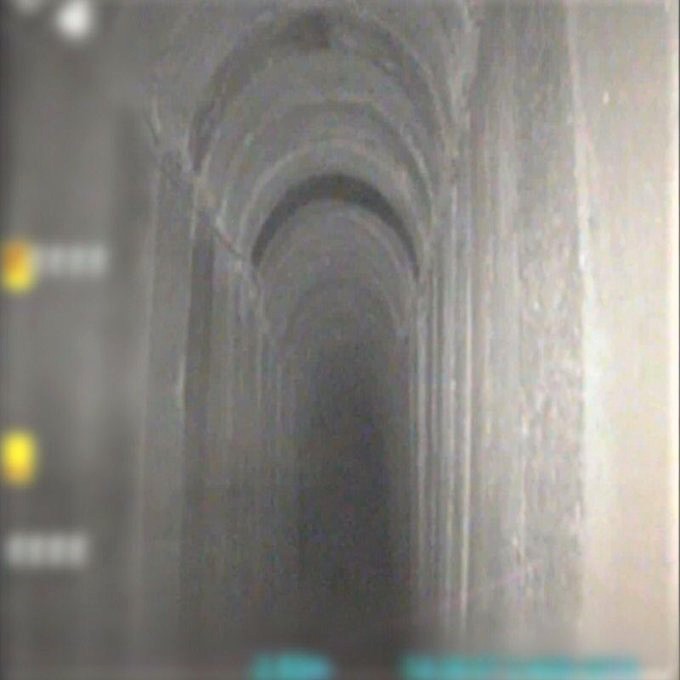 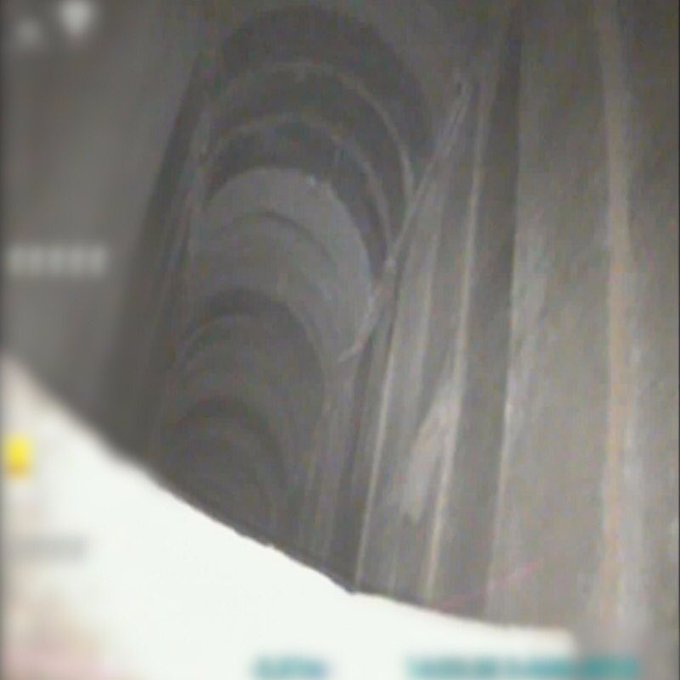 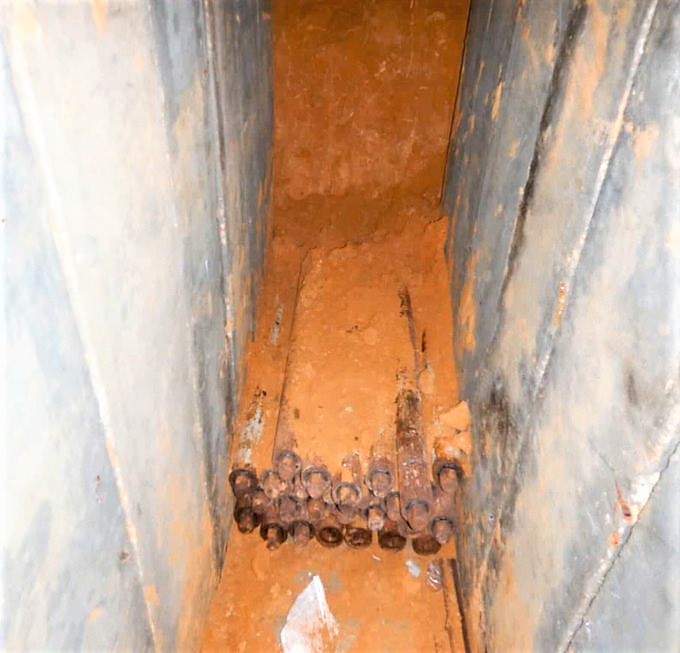 I WOULD LOVE TO SEE the IDF flood these tunnels with natural gas and then light them off! BOOM! What a great send off, especially if they were full of terrorists… Just place a couple of motion detector’s in the tunnel before lighting the flare; not a big deal… BOOM! It might teach them something…

Or how about propane filling businesses throughout Palestinian areas?

Best would be fuel air bombs:

Thermobaric weapon
From Wikipedia, the free encyclopedia
Jump to navigationJump to search

Blast from a US Navy fuel air explosive used against a decommissioned ship, USS McNulty, 1972
A thermobaric weapon is a type of explosive that uses oxygen from the surrounding air to generate a high-temperature explosion, and in practice the blast wave typically produced by such a weapon is of a significantly longer duration than that produced by a conventional condensed explosive. The fuel-air bomb is one of the best-known types of thermobaric weapons.
Most conventional explosives consist of a fuel-oxidizer premix (gunpowder, for example, contains 25% fuel and 75% oxidizer), whereas thermobaric weapons are almost 100% fuel, so thermobaric weapons are significantly more energetic than conventional condensed explosives of equal weight. Their reliance on atmospheric oxygen makes them unsuitable for use underwater, at high altitude, and in adverse weather. They are, however, considerably more destructive when used against field fortifications such as foxholes, tunnels, bunkers, and caves—partly due to the sustained blast wave and partly by consuming the oxygen inside.

Yes, do not let a fine opportunity to sizzle a batch of Muzzie Jihadis go to waste.

Jordan told Fatah, in no uncertain terms, you’re not welcome back. So, what is Hamas to do, without a second State.

Hamas should kill each other, saving the world from having to do so.

Given the glaring obviousness of Islam’s intrinsic and unabashed scripture-rooted supremacism, totalitarianism, anti-Semitism and belligerence — the foundational pathologies of this utterly bankrupt ideology — only a supremely intellectually dishonest and theologically and historically ignorant reprobate and fool would blame Israel for the Arabs’ woes, which are entirely self-inflicted.

As many intelligent observers have pointed out, Gaza could easily have been a second Singapore, already, had Hamas not squandered all of its wealth and foreign aid on infantile and ceaseless acts of violence and hostility directed at Israel.

The Arabs are not “victims” and should not be labeled as such — their chosen ideology, with its attendant pathologies, and, their tribal instincts are entirely the cause of their own miseries.

The wheeled piece of heavy equipment is called a “thumper”, and was developed in the oil patch to conduct seismic surveys of the layers of rock under them. The process used to use small charges of explosives, but a thumper is far less expensive and risky. Sensors are laid out far from the shock wave generated by the machine, and very good (and getting better) computer programs create very fine mapping of geological structures.

The Israeli use is just beautiful.

Improvements in computer processing speed, especially when used in conjunction with computing arrays, has greatly improved medical and subsurface capabilities.

WELL, Rags, that’s an interesting piece of data. Very handy in finding burrowing rats is my guess. I wonder how deep some of these tunnels are? I recall reading that the IDF didn’t use sewage to flood the tunnels because it might seep into the ground water, contaminating it…but there are other techniques for flushing out these infiltrators. Pure oxegen is another gas that’s useful, along with nitrous oxide. It doesn’t do much good to just destroy the tunnel without getting the rats at the same time, IMO.

I saw the Erez crossing and the wall around Gaza. I saw the wall around West Bank. I saw the Iron Dome radar arrays pointing towards Gaza and the SWAT-style Israeli police on the Temple Mount. The F-15s and F-16s flying almost daily. Anybody who denies that Israelis are still fighting to keep their existence and their nation is either ill-informed or just plain evil. Probably mostly the latter.