There Goes The Robert E. Lee Week In Higher Education

There Goes The Robert E. Lee Week In Higher Education 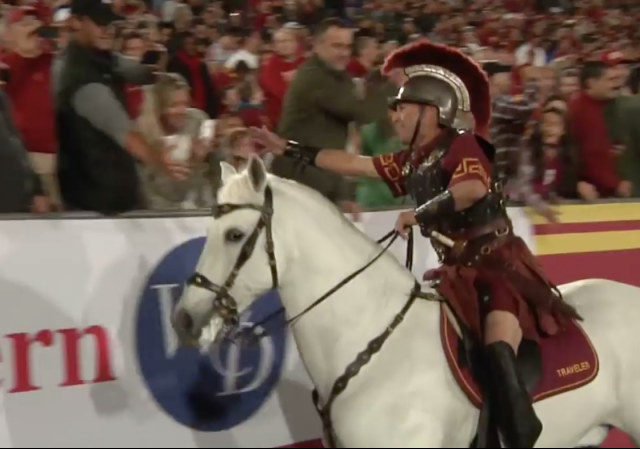 This whole insanity about the name Robert E. Lee keeps reminding me of line in The Night They Drove Old Dixie Down, originally recorded by The Band: “Back with my wife in Tennessee, when one day she called to me, ‘Virgil, quick, come see, there goes the Robert E Lee'”

The Great Purge Of 2017 continued:

What the hell happened to Clemson?:

That should help you get a job:

Wait, I thought Oberlin already was a Safe Space:

Won’t make your degree worth anything more:

They can’t handle the truth:

HaHaHaHaHaHa – I’ll believe it when I see it:

Mike will return for next weekend’s Higher Education roundup.

We defeated communism to end up facing its replacement ideology? Our universities are infected with this stuff.

After the war, Lee was president of Washington College. He immediately went North to recruit students so the north and south could heal together.

If Lincoln lived, he would have been working hand-in-hand with Lee.

Lee had more class and was less racist than any of his current critics. But that will get you fired from any college if you teach the truth.

You sure ’bout that?

Yep, James is correct. Robbie Robertson wrote the song as a first person narration on the economic and social hardships of poor southerners.

Whitewall, I should add or correct that Levon does sing “there goes the Robert E. Lee” but those aren’t the published lyrics. Sorry for the confusion.

From Robert E. Lee to Ophelia (not Hamlet). Thanks, Professor!

Levon was one of the most underapprecaited drummers of his time.

And signing while playing drums is hard!