After Charlottesville, U. of Houston Will Rename Calhoun Lofts

After Charlottesville, U. of Houston Will Rename Calhoun Lofts

“The university decided to change the name out of sensitivity to its diverse student community.” 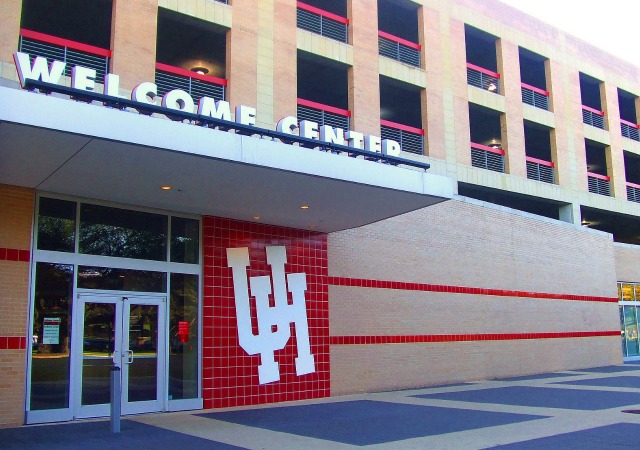 The administration at the University of Houston has decided to rename the Calhoun Lofts on campus “in the wake of recent events”. The lofts were not specifically named after Vice President John C. Calhoun to begin with.

The school said that even though the Calhoun Lofts building was not named in recognition of John C. Calhoun, the university decided to change the name out of sensitivity to its diverse student community.

Here is the full statement from the university:

“The University of Houston does not have statues, memorials or monuments honoring the Confederate era. Calhoun Lofts were originally named to coincide with the name of the adjacent city street when the university began its aggressive residential expansion in the last decade. While the residence hall was not named in recognition of John C. Calhoun, in the wake of recent events, and out of sensitivity to our diverse student community the university has decided to change the name to University Lofts. The change will be made as soon as practical.”

By then he had resigned from the vice presidency and had been elected a senator from South Carolina. For the rest of his life he defended the slave-plantation system against a growing antislavery stance in the free states. He continued his strident defense of slavery even after he joined the Tyler administration as secretary of state. In that position he laid the groundwork for the annexation of Texas and the settlement of the Oregon boundary with Great Britain. Reelected to the Senate in 1845, he opposed the Mexican-American War because he felt American victory would result in territorial concessions that would place the Union at jeopardy. Similarly he opposed the admission of California as a free state, and the free-soil provision in the Oregon territorial bill. In his last address to the Senate, he foretold the disruption of the Union unless the slave states were given adequate and permanent protection for their institutions.

Can someone delete the comment above from Mark. Crap like this will give this site a bad name.

Dude, really? First of all, it ain’t darker skinned folks driving most of the “let’s destroy any monuments to all people who weren’t Mother Theresa – oh and Mother T. Wasn’t all that great either” nonsense.

Second, your statement/rant is wrong both morally and tactically. Black folks certainly don’t merit damnation based on melanin content as opposed to character content like it’s supposed to be. And statements like yours aren’t helping defend against a Taliban-like hatred of history, in fact it’s helping justify it. So, are you just not-so-smart or are you an actual plant pretending to be what you appear to be?

Look, I can understand the distaste for monuments to people whose beliefs don’t match modern majority beliefs – so I understand the urge to tear them down. Or deny unpopular voices the rights popular voices don’t need the protection of – being currently popular and all. Hell, anyone here who watched The Blues Brother Movie who DIDN’T cheer when the Illinois Nazis got their comeuppance? Despite all the law-breaking involved?

But the History the monument-destroyers want to erase can teach us how to better ourselves (and our country) a hell of a lot better than erasing or rewriting it could. We don’t want to, like Howard Zim, portray past historical figures as Evil Incarnate, or alternately as Virtue’s Paragons. Men aren’t angels or devils, they’re men. We can honor the good that they did AND acknowledge their faults as well. Grown-ups can, at least.

Enough of this Antifa troll. He is as clear as day a Moby.

Yes, I rarely call for banning, but clearly he has earned it.

Damn, all this time I though the Lofts were named for Algonquin J. Calhoun. sk/ off

How many will get the reference?