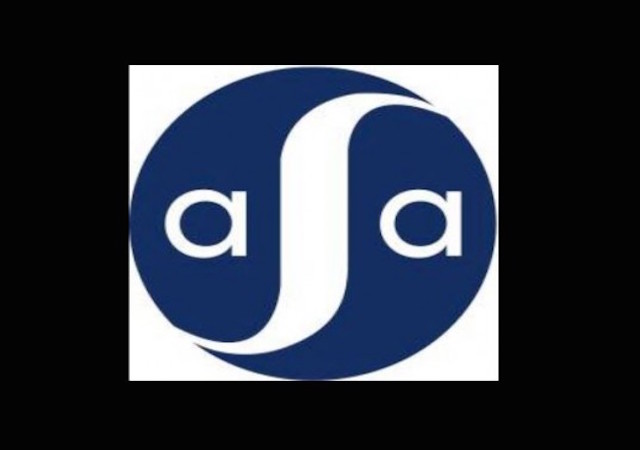 The ASA move was part of the larger Boycott, Divestment and Sanctions (BDS) movement academic, cultural and economic boycott of Israel.

Most recently, we covered the ASA’s discriminatory admission policy at its Annual Meeting in November 2014, which by ASA written policy was to exclude representatives of Israeli academic insitutions and was to apply a discriminatory litmus test to Israeli faculty members. After a threat of legal action against the hosting hotel under California’s anti-discrimination laws, the ASA changed its policy and announced that even Bibi Netanyahu was welcome at the annual meeting.

There was some small hope that the ASA would reconsider or at least moderate its academic boycott ways, but that seems highly unlikely in light of recent elections of a new president-elect and governing national council.

The ASA’s 2015 Election Results solidified the grip of the BDS movement on the supposedly educational tax-exempt organization.

The current President-Elect (based on last year’s elections) is David Roediger, University of Illinois, an endorser of the academic boycott of Israel.

The next in line President-Elect will be Robert Warrior, Director of the University of Illinois at Urbana-Champaign American Indian Studies Department. Warrior is a proponent of the BDS academic boycott of Israel.  Warrior participated in an anti-Israel Red Washing conference at the American University in Beirut, opposed a Navajo leader’s visit to Israel, and criticized the Native American writer, poet and musician Joy Harjo for serving at a Writer-in-Residence at Tel Aviv University.

Warrior continues the recent succession of anti-Israel BDS advocates in the ASA President position, starting with Curtis Marez (Ethnic Studies Dept., UC-San Diego), who helped push through the 2013 boycott resolution, and infamously justified singling out Israel because “one has to start somewhere.” After Marez came current President Lisa Duggan, whose use of faculty power at NYU to push the BDS agenda has been the subject of extensive press coverage.

Also elected was the controversial Steven Salaita, whose contingent offer to join the UI-UC Department headed by Warrior (who was Salaita’s Ph.D. dissertation adviser at the University of Oklahoma) was rejected by the UI Board of Trustess and is the subject of litigation. In addition to his Twitter controversy, Salaita was the author of a Guide on how faculty could use their position within academia to advance the academic boycott of Israel (which of course is ironic considering his lawsuit is based on him allegedly being unfairly boycotted).

At least two of the others elected are endorsers of the academic boycott of Israel (in addition to Warrior and Salaita), Jodi Melamed (Marquette University) and Nadine Naber (University of Illinois, Chicago). The other council member is Sharon Holland (University of North Carolina, Chapel Hill), whose position on BDS is not clear.

I know there are some ASA members who hoped that the organization could moderate its dedication as an institution to an all-out academic war on Israel.

The Eastern and California Chapters of the ASA announced they would not honor the national ASA boycott, over 250 University Presidents plus the major academic organizations denounced the boycott, and the ASA has become, in the words of the NY Times, a pariah:

But change always was unlikely to come, because of the grip the boycotters held on key committees and the national council.

Having taken over the ASA, there was no way the boycotters were going to voluntarily give up using the organization as a base of operations to attack Israel.  To the contrary, the ASA padded its membership rolls with people supportive of the boycott call in the few weeks after the boycott passed.

So anyone truly interested in advancing American Studies as a legitimate area of scholarship and pedagogy can pretty much kiss the ASA goodbye.

If you participate in the ASA, you are complicit in an organization that has lost all but the pretense of being anything but political.

That violation of its educational mandate is one of the grounds on which I challeged the ASA’s tax-exempt status, the status of that challenge remains behind an IRS veil of secrecy.

Now THAT is a whole case-book in false advertising, rat thar…

These people are trying to construct a faux-political pulpit. They pick an obscure but legitimate organization, take it over by adding members, then elect their own group with an agenda that has nothing to do with the organization’s original purpose. Then they use the organization to get publicity, by “voting” on “issues” outside their purpose and prerogative.

They do it this way instead of going through the real political process, because their agenda is not accepted by most of the people around them.

That is how UCLA got suckered into “banning” the American flag. Nobody cares about the student council, so whoever runs, wins. A group got together, ran and got elected 6 nuts and then the nuts pulled their publicity stunt. The rest of the story is that, once the rest of the campus heard about it, there was a very significant backlash.

“… and infamously justified singling out Israel because ‘one has to start somewhere.'”

If one has to start somewhere, one would throw a dart at a map of the world while blindfolded and thus randomly find an area/region/country where sovereignty is a question to some degree. Much of the world, no?

One wouldn’t start with some tiny area with which the U.N. and its ilk are already much, much too unfairly preoccupied.

But maybe that’s just me. I like throwing darts while blindfolded.