Doubling down on mocking Rep. Tom Reed’s past weight problem 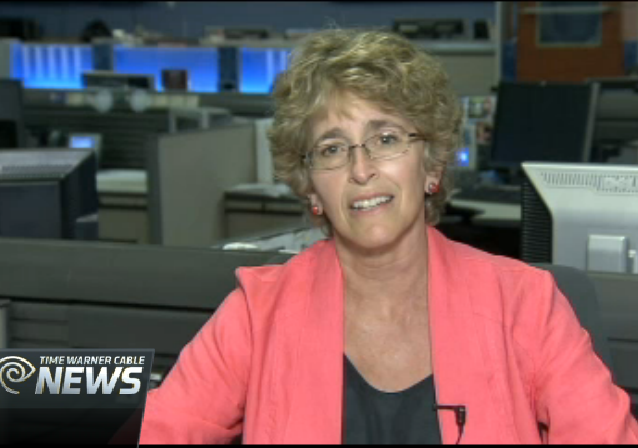 It never ceases to amaze me how some politicians insist on digging when they are in a hole, rather than simply saying “Sorry”.

Democratic challenger Martha Robertson in my home district of NY-23 showed that quality last fall through the spring, when she refused to apologize for sending a fundraising email falsely claiming that GOP operatives tried to take down her website.  Legal Insurrection broke that story.

First, she insisted it was true and even promised to hire a forensic computer firm to prove it, then went silent on the issue and became evasive when questioned, then admitted she never hired the forensic firm.

It would have been so much easier, and would have put the issue to rest, if she just said it was a mistake, she’s sorry, and offered to return any funds raised based on that false solicitation. Instead, the fundraising scandal still festers.

We’re seeing it again as to a series of fat shaming ads run by Robertson’s campaign, using old photos of Republican incumbent Tom Reed before he had gastric bypass surgery.

In some cases, Robertson seems to have gone out of her way to find photos that make Reed look as fat as possible: 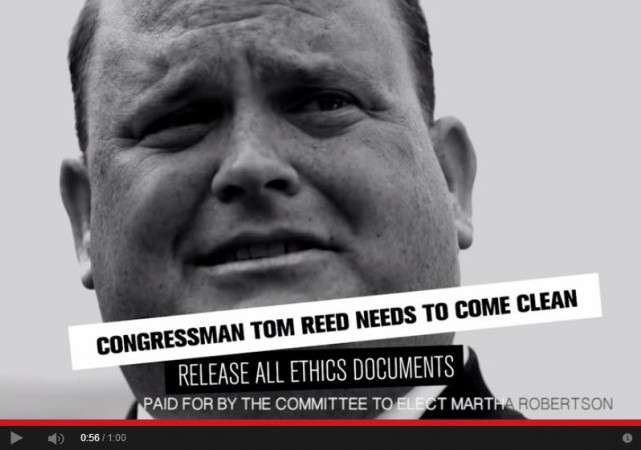 Legal Insurrection first called attention to the use of these old photos, and demonstrated that it was not a one-off problem, but part of a bizarre fixation on Reed’s weight throughout Robertson’s media campaign.

The story was picked up by a variety of media, including Buzzfeed, national Fox News, local WETM TV, and local print news. This is not the type of press any candidate wants.

Robertson’s reaction? To laugh at it.

The issue was raised in an August 26, 2014 interview of Robertson on Time Warner Cable’s Capital Tonight news show. That alone demonstrates how deeply the fat shaming is penetrating the contest.

Robertson’s response? Say she’s sorry and means no offense? Apologize to Congressman Reed and congratulate him on his new, healthier lifestyle?

No, Robertson’s response to repeated questions by the news reporter about the ads focusing on Reed’s weight:

“You can close your eyes and listen to the ads, I don’t care.”

At a certain point in politics, the inability of a candidate to apologize becomes a bigger issue than the underlying conduct.

It just may be me BUT, Martha could be the un-adopted sister of Wampum Lizzie. Eerily similar in looks and for sure, Left Bullshit..

Libtards, especially the women, always have a certain look to them. I’ve never put my finger on what it is, but I can spot one at 100′.

Not A Member of Any Organized Political in reply to JackRussellTerrierist. | August 29, 2014 at 4:47 pm

RE: “the women, always have a certain look to them”

Roberts is indicative of a rather alarming trend in Democratic politicians.

They literally think they can do and say anything they want to get elected, and think they never have to answer for anything.

Unfortunately, in a lot of districts, they’re right, the ‘D’ next to their name guarantees them slavish devotion from ignorant masses.

“They literally think they can do and say anything they want to get elected, and think they never have to answer for anything.”

They’re right. They can and they do. Who is there to hold them responsible? The media? Nope, not gonna happen. The congressional Republicans? Uh, no. They’d have done it by now if they were going to, starting with obamullah. The asleep-at-the-wheel “American Idol”-watching voters? Nope, there’s a game/sitcom/Oprah on, no time to care right now.

Gee, I wonder what NYC Congressman Gerrold Nadler (D – NY 10) thinks of this.

It’d be fun to watch a reporter stick a mic in his face and ask him.

Why do average to ugly people think they can criticize another person’s appearance? If fat jokes are fine so are horsey old women jokes.

People who live in ugly houses shouldn’t run around throwing fat stones. Someone sure beat Robertson but good with an ugly stick ~

A Democrat talking point should be about the unrestrained and unbudgeted pork barrel spending in DC and not “fat shaming” another human being.

Robertson’s ads are childish bullying and denigrating. Her ads are no different than comments you would find written on a kid’s Facebook page meant to hurt that person emotionally.

Obviously, Martha is not a woman of substance. Martha Robertson has no class whatsoever. A vote for her is a vote for crass.

If she were a woman of substance, she’d be challenging Reed’s positions on the issues — not mocking his (former) physical appearance.

The fact that she is engaging in this type of petty, mean-spirited, and misleading personal attack on Reed tells you everything you need to know about the type of person Robertson is — and the type of legislator she would be.

The ‘type’ of legislator she would be, would be classic democratic rubber stamper.

So, Professor, what are her chances of winning? Is the “fat shaming” campaign working?

No one held her accountable for the lies and alleged criminal activity regarding hacking her website. Would anyone care that she is trying to provoke a white male Republican to attack her in retaliation so she can claim “war on women” and “evil Republican misogynist male pig” as a legit defense? Being that you live in the People’s Republic of Ithaca, I’m wondering what the local polling is for the race.

Everyone should send her a jar of beauty cream.

Yeah, she needs some of that beuaty cream they call…uhm Disappearing Cream.

This woman is exactly why the paper bag filled with excrement was invented.

Up to this point, Martha has been a big fish in a small pond. She aspires to be a bigger some one more than Dryden Rep. to the Tompkins Cty Board. She sees herself as a professional political power player as empowered by a highly concentrated group of progressive democrats in the county legislature. Robinson does not possess the attributes to play well with others of opposing positions and gets testy when challenged for hard facts. She has offered no other note worthy working or professional accomplishments which would give credence to her work ethic and job skills. Like the poster of Ithaca/Cornell that has the rest of the world fading away as you look past the surrounding hills and Cayuga Lake, so is Martha’s view of the 23rd District she claims she is qualified to represent. If only for the fact that she is running in republican dominant counties having strong conservative views and traditional conservative administrative working policies, gives you a clue to the amount of pandering she is using and how incompetent she would be representing any of those conservative interests in Washington. Perhaps she could reattach herself to California and go back to whence she came.

We’ll take back Martha Robertson if you guys take back Barbara Boxer.

This fixation is effective because the target is male. Too much flack if the target were female.

Spiny – as a former Baltimorean, I’m willing to take back Nancy Pelosi. It would be hard to damage Baltimore beyond what they’ve already done to it. Still a nice city to live in or visit, though.

But as an Israeli, I refuse to take back Noam Chomski. The US can survive him better than we could

That is the liberal response to lots of issues – close your eyes.

Which do you believe: me or your lying eyes?

Thank you for the link to the picture of the Republican candidate, Legal Insurrection! I really wanted to see what he looks like now.

You think she’s as dimissive about the supposed “fat/porky” comments some Senator made about Gillibrand?