Posted by Kemberlee Kaye on March 05, 2019 15 Comments
Michael Bloomberg released a statement Tuesday saying he would not be throwing his hat into the 2020 candidacy ring, but he is launching a new environmental campaign -- Beyond Carbon, which he hopes will result in the shuttering of all coal-fired plants over the next 11 years and the eventual eradication of fossil fuels as an energy source.
Read More

“When you have a city that has the murder rate that Baltimore has, I think it’s ridiculous to think that they shouldn’t be armed."...

Posted by Mike LaChance on January 22, 2019 12 Comments
Former Republican and former New York City mayor Michael Bloomberg is likely to run for president as a Democrat in 2020. Being a wealthy, white male puts him at an automatic disadvantage in this contest, but he has a plan to compensate for his privilege.
Read More

Posted by Fuzzy Slippers on August 13, 2016 17 Comments
Here at LI, we've been covering the various progressive attempts to pass anti-Second Amendment legislation at the state and federal levels. While gun "control" advocates from the White House down are "disappointed" that there hasn't been more progress in this area, they are signalling a change in tactics.  The representatives of the people in Washington won't move on guns, so they are taking the case to the American people via the ballot box. The Hill reports:

Posted by Mike LaChance on June 05, 2016 12 Comments
Hillary Clinton has been endorsed by the Michael Bloomberg affiliated group Everytown which claims she's the only candidate who's serious about the issue. Gun control has never been a winner for Democrats at election time so it's surprising that this is being touted as a win for her. CNN reports:

Gun control group with Bloomberg ties endorses Clinton A major gun safety advocacy organization announced Friday it is endorsing Hillary Clinton for president. Everytown for Gun Safety president John Feinblatt said in a statement: "Gun Sense Voters have a champion in Hillary Clinton. Our litmus test is simple: does a candidate side with the public or with the gun lobby? Hillary Clinton passes that test with flying colors -- pushing back against the NRA's extreme 'guns for everyone, everywhere' agenda, and ushering in a new political calculus that saving lives from gun violence is a winning issue." 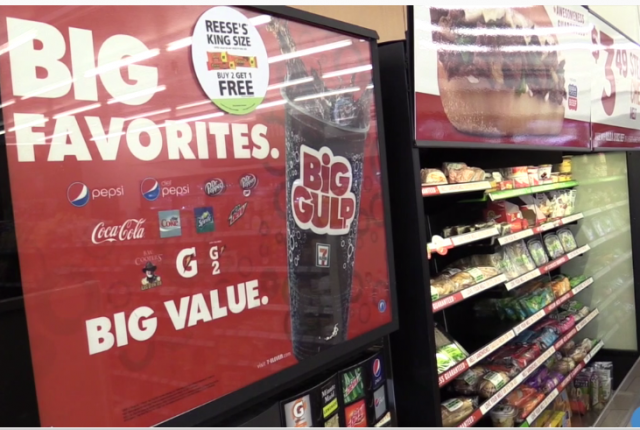 Posted by Kemberlee Kaye on May 05, 2016 16 Comments
Nanny staters are never content unless they impose their control freakishness on EVERYONE, apparently. Former New York City Mayor Bloomberg has meddled in several other states and municipalities endeavoring to pass soda bans (or coke bans, as we say in Texas where every carbonated beverage is a Coke of some kind). His latest project is Philadelphia. Bloomberg has donated an undisclosed amount of cash to Philadelphians for a Fair Future, a non-profit org dropping a whopping $825,000 into a sugary-drink tax campaign that launched Thursday.
Read More

Michael Bloomberg Will Not Run for President

Posted by Kemberlee Kaye on March 07, 2016 11 Comments
If there is a backup plan should Clinton be indicted, it won't include Michael Bloomberg. New York City's former Mayor announcement Monday he would not run for President.

#MichaelBloomberg will not run for president; calls out Trump for running “the most divisive & demagogic" campaign. pic.twitter.com/MlHhf8SLkd 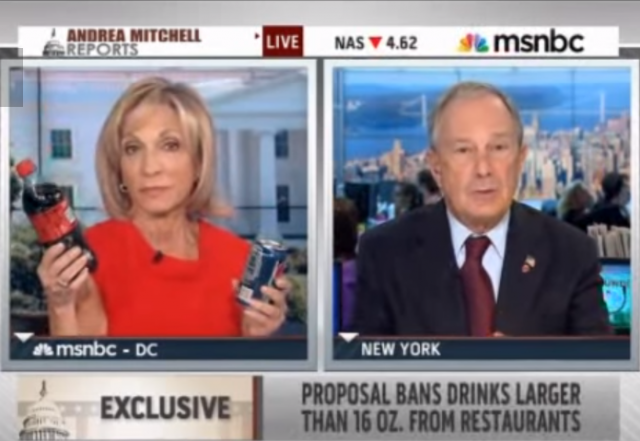 Posted by William A. Jacobson on February 08, 2016 22 Comments
Former Nanny Mayor Michael Bloomberg has made a public statement indicating he is considering running for President. This represents a slight elevation of speculation and posturing. The NY Times reports:

Michael R. Bloomberg, the former mayor of New York City, confirmed in an interview with The Financial Times that he was actively weighing an independent campaign for president in 2016.

Mr. Bloomberg said he was “looking at all the options” in the election and lamented the state of the race. “I find the level of discourse and discussion distressingly banal and an outrage and an insult to the voters,” Mr. Bloomberg told the paper.

The comments are Mr. Bloomberg’s first public expression of interest in the presidential race, but aides acting on his instructions have already drawn up detailed plans for a possible campaign. 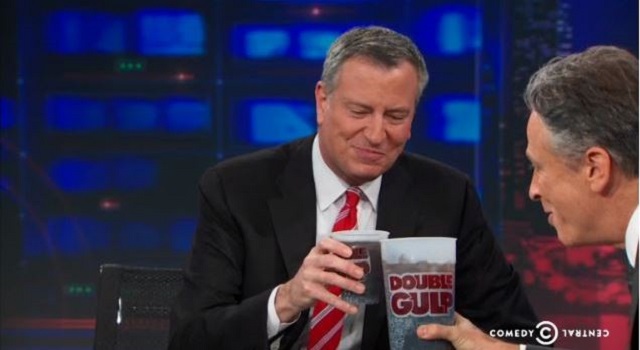 Posted by Rusty Weiss on May 05, 2014 5 Comments
As the clock was winding down on 2013, pundits were openly wondering if the newly elected mayor of New York City, Bill de Blasio, would actually be worse in championing nanny-statism than his predecessor.  He's off to a pretty good start. De Blasio has partaken in a very public feud with actor Liam Neeson regarding a ban on horse-drawn carriages.  He has fought to classify e-cigarettes as a tobacco product, banning them in any area where regular cigarettes are already prohibited.  New wood fireplaces are not safe ... from being banned. And when it comes to Big Gulps in the city it seems, he will carry on Bloomberg's fight. Via Watchdog:

Hide your Big Gulps, again, New York. Mayor Bill de Blasio announced this week his administration will pick up where former mayor Michael Bloomberg left off and will continue the battle to ban sodas larger than 16 ounces. The city will appeal a state court ruling that axed the ban last year. City lawyers will argue the case at the Court of Appeals on June 4, the New York Daily News reported this week. Former Mayor Michael Bloomberg got lots of headlines in 2012 when he declared war on Big Gulps and other large sugary drinks.

Bloomberg's administration was excitedly awaiting implementation of his ban on large sodas to take place last March.  A state judge intervened a day prior however, and "permanently restrained" the city "from implementing or enforcing the new regulations."
Read More

All because the Mayor didn't get his way on a court case over his plan for ergonomic and posh cabs...