Posted by Mary Chastain on January 07, 2020 15 Comments
Former HUD Secretary Julián Castro endorsed Sen. Elizabeth Warren (D-MA) on Monday a few days after he dropped out of the race. However, former Vice President Joe Biden's campaign told The Texas Tribune that he picked up 11 new endorsements from Texas. Nine of those people once supported Castro. Biden's campaign also said that he now has more support from those who backed Sen. Kamala Harris (D-CA).
Read More 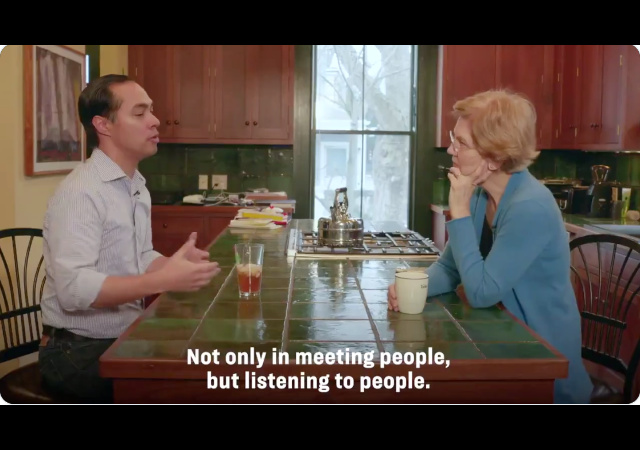 Posted by Mary Chastain on January 06, 2020 19 Comments
Former HUD secretary Julián Castro ended his presidential campaign a few days ago, but has shown no attempts to remain out of the limelight. Castro announced this morning he endorses Sen. Elizabeth Warren (D-MA) for president. He plans on campaigning for Warren starting this week in Brooklyn, NY.
Read More 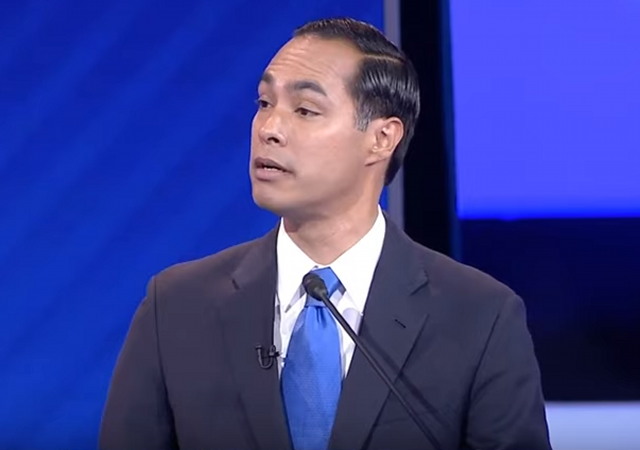 Posted by Mary Chastain on January 02, 2020 39 Comments
Former housing secretary Julián Castro announced this morning he has ended his presidential campaign. Castro, once considered "a rising star in the Democratic Party," never broke through to the top or even middle tier of the Democratic primary.
Read More

Posted by Mary Chastain on December 16, 2019 21 Comments
The next Democratic presidential primary debate is scheduled to take place on December 19 in Los Angeles, but the DNC faces a few challenges.
Read More 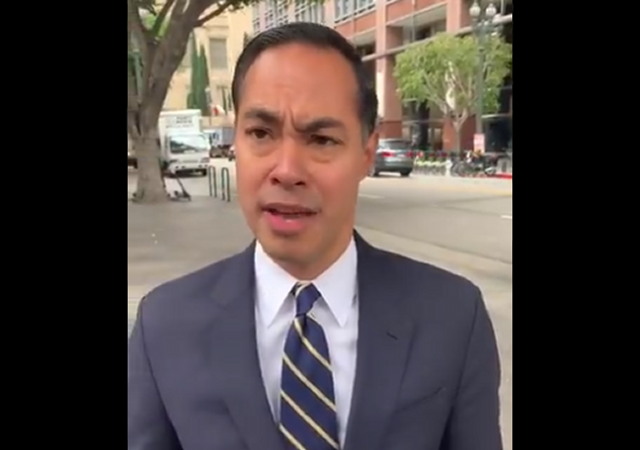 Posted by Mike LaChance on December 04, 2019 23 Comments
Now that Kamala Harris has dropped out of the 2020 race, Julian Castro, whose campaign is also fading fast, is blaming the media in part for holding Harris to a double standard.
Read More

Posted by Mike LaChance on November 14, 2019 24 Comments
Julian Castro was probably never going to be the Democrat nominee, but he has managed to hang on for longer than Beto O'Rourke and Bill de Blasio. Now he has missed the threshold for the next Democrat debate this month.
Read More

After Beto O’Rourke Drops Out, Other Struggling Campaigns Signal They May Be Next

Posted by Stacey Matthews on November 05, 2019 23 Comments
Beto O'Rourke's exit from the Democratic presidential race last Friday wasn't exactly shocking news, but it did give rise to speculation that other campaigns that have also struggled to gain ground in a crowded field would soon follow suit.
Read More

Posted by Stacey Matthews on October 08, 2019 28 Comments
A week after putting out a mid-September plea for donations in order to stay in the presidential race, Sen. Cory Booker's campaign announced it had reached the DNC's donor threshold for the 5th presidential debate, which is next month.
Read More

Posted by Fuzzy Slippers on September 15, 2019 38 Comments
A new book written by two New York Times reporters, excerpted in an article at the NYTimes, about the nomination and confirmation of Supreme Court Associate Justice Brett Kavanaugh purports to raise new evidence about Kavanaugh's supposed sexual misconduct while at Yale. The new accusations do not hold up to scrutiny and are self-contradictory, but that has not stopped Democrat presidential candidates Elizabeth Warren, Kamala Harris, Julian Castro, and Robert "Beto" O'Rourke from calling for Kavanaugh's impeachment.
Read More 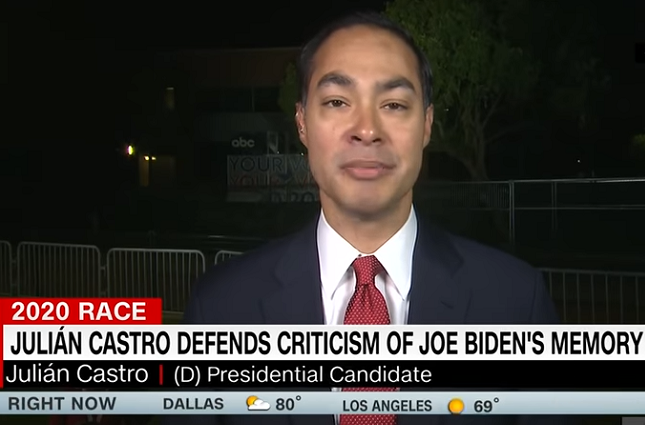 Posted by Fuzzy Slippers on September 15, 2019 18 Comments
After taking a pot shot at former Vice President and current 2020 Democrat frontrunner Joe Biden, Julian Castro doubled-down.  He told CNN that he wouldn't do anything differently.
Read More

Posted by Mike LaChance on September 14, 2019 31 Comments
Joe Biden is running for the Democratic nomination and that means he is fair game for his opponents. That does not mean, however, that no one is allowed to notice the nasty way Julian Castro went after him in the last debate on Thursday night.
Read More 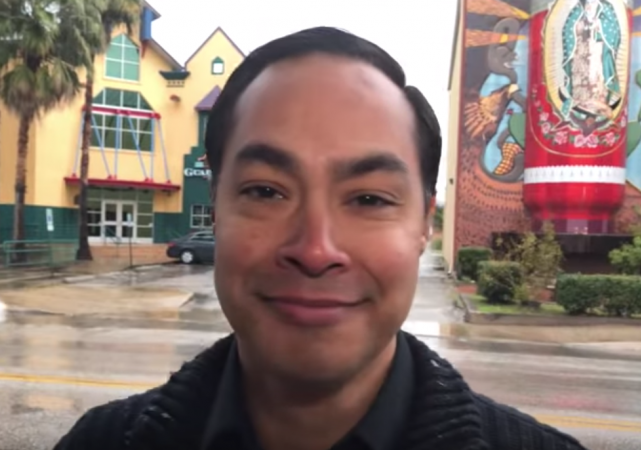 Posted by Kemberlee Kaye on July 15, 2019 13 Comments
Julian Castro is running for president in the Democrat primary, but you wouldn't know it by looking at the current news cycle. After a strong debate performance (by Democrat metrics), Castro raised $2.8 million in the second quarter, most of it filtering in after the debate.
Read More 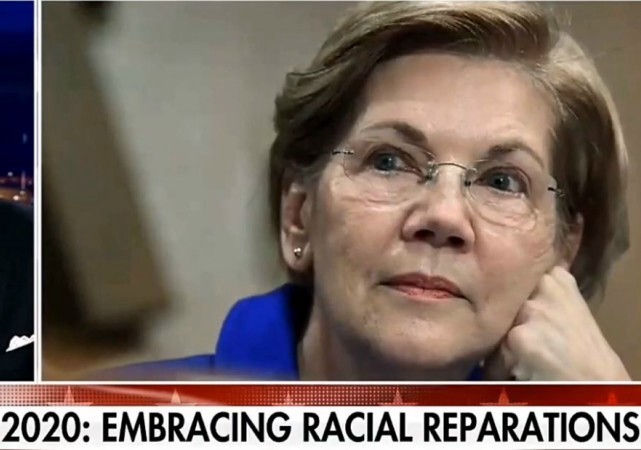 Posted by Stacey Matthews on February 22, 2019 46 Comments
The 2020 election campaign season is kicking into high gear, and a number of Democratic party hopefuls are jumping onto the reparations train. But it's one they may find could derail their aspirations for higher office.
Read More

Posted by Mike LaChance on January 12, 2019 27 Comments
As more Democrats declare their intention to run for president in 2020, they will be under increased pressure to distinguish themselves from the rest of the crowd. One of the ways this is already unfolding is a competition to be the person who wants to raise taxes the highest on high earners.
Read More

Posted by Kemberlee Kaye on January 03, 2019 29 Comments
According to a report in The Daily Mail, Julian Castro will announce his presidential candidacy on January 12.
Read More

Posted by Mary Chastain on February 06, 2018 20 Comments
Oh, boy. How far left will the left go? I ask this because former President Barack Obama's HUD Secretary Julian Castro will visit New Hampshire to speak to the state's Young Democrats Granite Slate Awards dinner this month. Failed Democrat presidential candidate Hillary Clinton even considered him as her running mate. But is it wise for the left to prop up Castro? I'd say he's too far left for the Democrats, but Donald Trump is president so anything can happen.
Read More

Posted by William A. Jacobson on December 10, 2016 15 Comments
Remember Julián Castro? I can forgive you if you don't and didn't. Castro was the former Mayor of San Antonio who was groomed to be the next rising star in the Democratic orbit. His stint as mayor, however, was not much of a base upon which to launch a national trajectory. As I noted in May 2014, Mayor Julian Castro of San Antonio had less responsibility than Mayor Sarah Palin of Wasilla:
Read More

Posted by William A. Jacobson on July 19, 2016 12 Comments
Julian Castro is unqualified for national office, despite extensive grooming by Democrats. He is the former Mayor of San Antonio, but as I noted in May 2014, Mayor Julian Castro of San Antonio had less responsibility than Mayor Sarah Palin of Wasilla:

Sarah Palin, who also was Governor of Alaska at the time of her nomination for Veep, was excoriated by the mainstream media for her stint as Mayor of Wasilla, Alaska, with the argument being that her job only involved overseeing a few departments.  It was less than worthless experience, the meme went. So Julian Castro, Mayor of San Antonio, is being groomed for a potential Veep slot in 2016 through a cabinet appointment, as discussed yesterday, Mayor of San Antonio one heartbeat away from the presidency?