Posted by Mary Chastain on February 11, 2019 41 Comments
The Resurgent's Erick Erickson announced today that he decided to shed his #NeverTrump beliefs and endorsed President Donald Trump for 2020. Why the change?
Read More 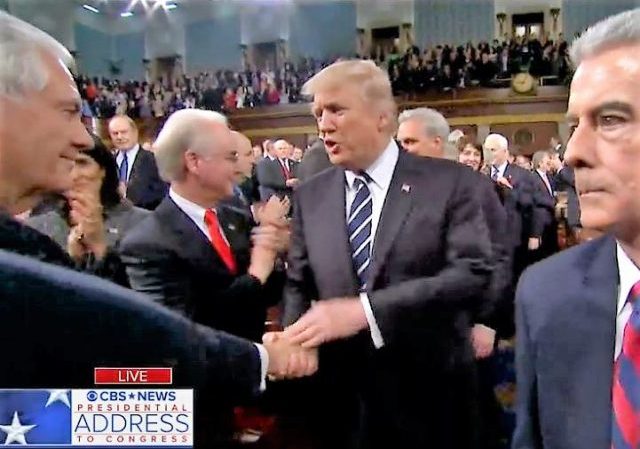 What do conservative Never-Trumpers really want?

Posted by William A. Jacobson on May 30, 2017 129 Comments
By now readers are familiar with my position from my “You go to war against Obamacare with the President you have” posts. Trump is the president we have, and while he's not an ideological conservative, and certainly has unique personality traits, he is someone willing to do conservative things:
Read More 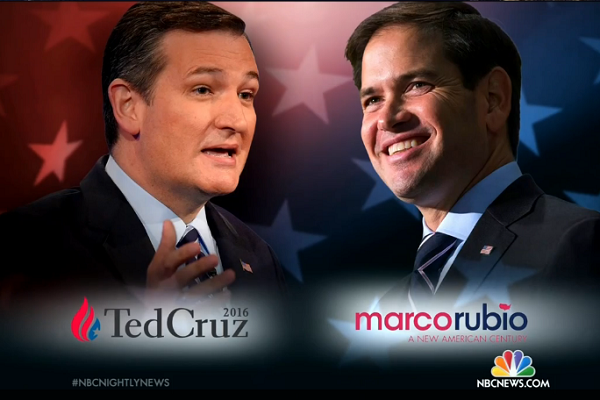 How About a Cruz-Rubio “Unity Ticket”?

Posted by Fuzzy Slippers on March 04, 2016 59 Comments
While Marco Rubio won his first state (Minnesota) and surged late in Virginia and Ted Cruz won his home state of Texas, Oklahoma, and Alaska for a total of four state wins, Donald Trump did very well in the Super Tuesday primaries.  So well, in fact, that conservatives are beginning to search in earnest for a means to win the GOP nomination with a conservative candidate. One such idea is being touted as the "Unity" ticket of Cruz and Rubio (or Rubio and Cruz, though this seems less likely). Writing at The Resurgent, Erick Erickson argues for this in stark terms: "Unite or Die."

To truly beat Trump and keep his supporters from completely fleeing, Trump must be beaten in the primaries, not on the floor of the convention. And it is still mathematically possible, but it requires Cruz to win Florida, not Rubio. All of this talk by Rubio voters about later states, closed primaries, and favorability ignores voter psychology and, frankly, ignores the fact that Marco Rubio’s Gang of Eight position has poisoned the well too much for too many Republican voters. It will, in fact, go down as one of the worse political miscalculations in the last quarter century. All of this talk by Rubio voters ignores that Rubio and Cruz together can win Florida and Ohio, but divided cannot and only increase the odds of either a Trump nomination or the delegitimization of the process by which the GOP will pick its nominee. 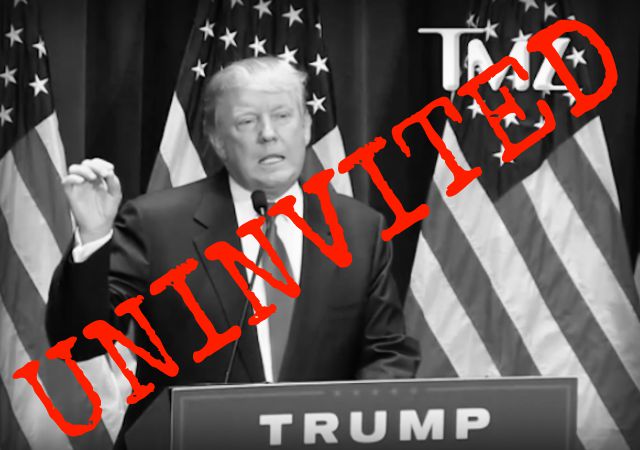 Posted by Kemberlee Kaye on August 08, 2015 237 Comments
During an interview with CNN Friday night, GOP front-runner Donald Trump indicated he was less than impressed with Fox News host Megyn Kelly. Kelly was one of a panel of debate moderators in the first Republican Presidential Primary debate hosted by Fox News Thursday night. From CNN:

In an interview with Don Lemon on "CNN Tonight," Trump on Friday accused Fox of asking "vicious," unfair questions at the debate and called Kelly "overrated." Kelly had pressed Trump about misogynistic, sexist comments in his past. On CNN, Trump called the questions "ridiculous," called her "off-base," and said, "You could see there was blood coming out of her eyes. Blood coming out of her wherever." Trump told Lemon that he didn't know whether he'd participate in a future Fox debate. "I might not, to be honest," he said. "I didn't think they were fair." Earlier in the day, Trump had blasted Kelly on Twitter and wrote that Fox News "should be ashamed."

Should we rescue Democrats from their Obamacare disaster?

Posted by William A. Jacobson on October 25, 2013 82 Comments
Republicans repeatedly have made proposals to protect the public from the Obamacare disaster. Not just the substance of the law, but also the timing of the individual mandate. Way back when (i.e, about two weeks ago), Democrats called such proposals extortion, terrorism, suicide-bombing and legislative arson. Now an increasing number of Democrats, particularly those up for re-election in 2014, are calling for similar delays. https://twitter.com/allahpundit/status/393742009246035970 Perhaps Republicans should take a "what goes around, comes around" attitude, and do nothing to help Democrats out of the bind they are now in. Democrats own Obamacare's failure completely. That's the primary outcome of the government scale-back, which now is over. Democrats were willing to shut a portion of the government to prevent any meaningful changes, and were willing to (erroneously) threaten a debt default rather than agree to the types of changes many Democrats now are proposing. So we should now help Democrats out of the healthcare.gov debacle? We should now, having been demonized, help the Democrats who demonized us? Erick Erickson says screw them (my characterization), Follow the Law:

No conservative wants things to get worse. We just know things will get worse. Obamacare will be deeply destructive. People are already seeing it. The only way Obamacare would ever work is if people behaved irrationally. It is a system that requires the young to go out and by their own insurance, but allows them to stay on their parents’ insurance until they are well into their twenties. The law operates only if people do not behave like people.

Posted by William A. Jacobson on September 27, 2013 34 Comments
Among the nicest things the Democratic smear machine called Sarah Palin was "Caribou Barbie." Just about everything else they called her was much worse. The term "Caribou Barbie" started within days of Palin's nomination for Veep in August 2008.  By September 2, 2008, the term was spreading throughout the left-blogosphere, as Michelle Malkin noted at the time. The term so took hold that it even was the subject of an SNL skit in October 2008, with Palin delivering the punch line in an attempt to make light of the term. It later was used by NY Times columnist Maureen Dowd:

"Caribou Barbie is one nutty puppy."

The treatment of Palin was sexist -- including liberal women who mocked Trig Palin and thought it the worst thing in the world that Palin had the audacity to bring him on stage with her -- but not just because of the term "Caribou Barbie."  That term was the least of it. The "Caribou Barbie" name was part of the myriad of accompanying photoshops and sexualizations of her, using any excuse to make sex jokes.  Palin wasn't just turned into any Barbie, but a sexy librarian and bikini model not just in the blogosphere, but from stars such as Stephen Colbert. With Palin it wasn't just the use of the term "Barbie," it was the full package of sexualized attacks, including from mainstream publications. [caption id="attachment_66047" align="alignnone" width="400"]