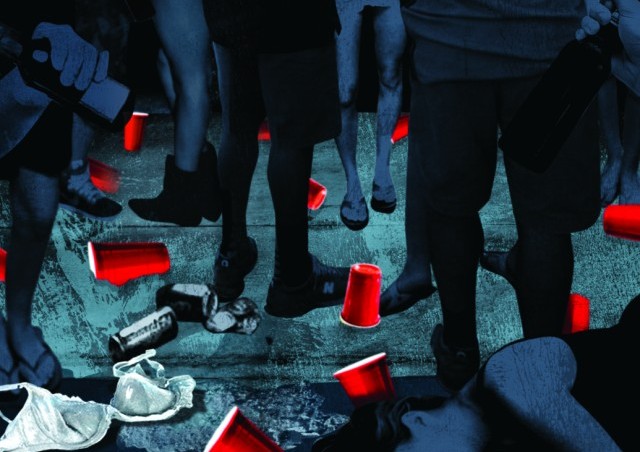 Posted by New Neo on December 06, 2014 11 Comments
I wish I could say it is a shock that Rolling Stone would publish the inadequately-researched UVA rape story, or that a journalist with supposedly strong investigative credentials such as Sabrina Rubin Erdely would write it. No, the bigger shock is that the WaPo decided to challenge the Rolling Stone story by fact-checking the allegations of UVA-accuser "Jackie." If Erdely herself had tried a little harder to corroborate Jackie's story, she would have found more or less what the WaPo discovered---that Jackie's rape story didn't hold up under close scrutiny---and Erdely's sensational Rolling Stone article would probably never have been written. But Erdely chose not to do her job, no doubt because the story was just too good to not be true. Everyone involved in this story was primed to believe it: Erdely, the assault awareness advocates at the university to whom Jackie told the tale, and Rolling Stone. The reporter and the paper should have known better and approached it more objectively. The assault awareness students to whom Jackie spoke, on the other hand, are in a different position: they are younger people who have been brainwashed to believe they should always trust the woman who tells the story. But a certain amount of skepticism is always warranted, unfortunately: trust, but verify. The facts have to check out, and the truth is that some people lie about this sort of thing. For accuser Jackie, her story began to get out of hand when Erdely came to the campus seeking someone to tell her such a tale [emphasis mine]:

Jackie told the Post that she had not intended to share her story widely until the Rolling Stone writer contacted her. “If she had not come to me I probably would not have gone public about my rape,” said Jackie...

There are many such quotes in the WaPo article that are very telling about Jackie's state of mind. She wanted to tell her story, but was reluctant to give out too many facts or to go to authorities, because she knew her veracity would be challenged. In fact, she even asked Erdely to leave her out of the article, but Erdely insisted on keeping her in [emphasis mine]:
Read More 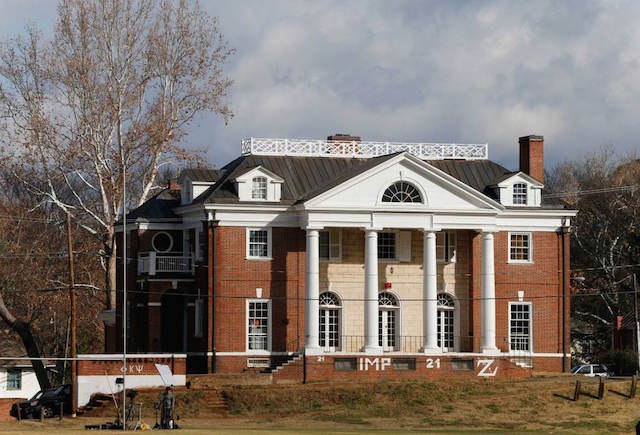 Posted by New Neo on December 05, 2014 16 Comments
Rolling Stone has gotten a lot of attention with a controversial article alleging a rape occurred in 2012 at the University of Virginia, written by Sabrina Rubin Erdely and featuring some harrowing and disturbing details. The victim was identified only as "Jackie." Almost as soon as the story was published, doubts arose about its veracity, or at least about the journalistic standards of its author, who did not manage to interview the alleged perpetrators even though it would seem there were ways to have contacted them. Even worse, Erdely has not been forthcoming about the extent of her efforts to find them, and did not include any mention of any of this in the article. It has become evident that not only did Erdely demonstrate slipshod journalistic standards, but that the story itself could possibly be a fabrication by the alleged victim. This could be wrong, of course; there's no way to know at this point. But it seems fairly clear that Erdely did not fact check the story properly, and neither did Rolling Stone. Their excuses as to why seem inadequate, self-serving, and obfuscating. The article was not only about the alleged rape; it was critical of the UVA administration. But what did the administrators do wrong, exactly? They outlined all of Jackie's choices, and left it to her to decide what to do. Also, Jackie had only come forward to the administration close to a year after the rape supposedly occurred, and it's not clear from the article whether she named any names. But here's what is purported to have occurred when she did report it to the official in charge of such incidents:
Read More 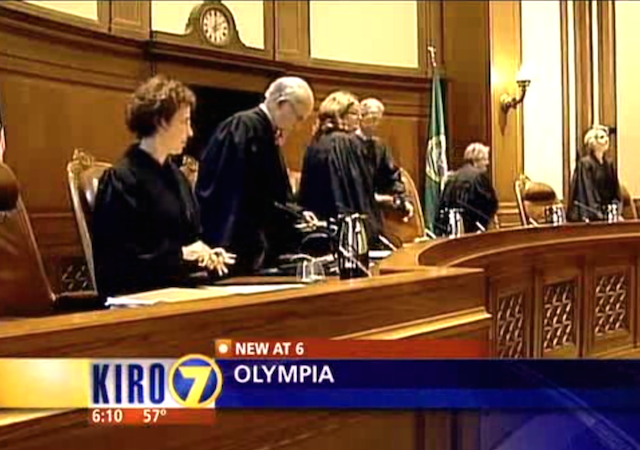 Posted by Amy Miller on November 02, 2014 12 Comments
In Washington State, the burden of proof of consent in a sexual assault case has traditionally fallen not on the alleged rape victim, but on the accused. A recent decision by the Washington Supreme Court, however, has changed the standard, and given hope to due process advocates:

The court in its 6-3 ruling reversed earlier decisions that forced an alleged rapist to establish a preponderance of evidence that a victim consented to sex. The court said such a burden violated constitutionally protected rights and also wrongly interpreted precedent set by the U.S. Supreme Court. "When a defense necessarily negates an element of the crime charged, the State may not shift the burden of proving that defense onto the defendant," the ruling said. "Requiring a defendant to do more than raise a reasonable doubt is inconsistent with due process principles," Justice Debra Stephens wrote, adding that doing so raises "a very real possibility of wrongful convictions."

The media has predictably framed this ruling as one that "could make it more difficult for rape victims to get justice":

"There's another person whose rights need to be taken into consideration, and that's the victim." Six of the nine justices agreed to reduce the rape defendant's burden, saying that 25 years of earlier rulings were incorrect and harmful to the constitutional presumption of innocence. "The prosecutors are going to have to spend much more time describing to the jury and presenting evidence to the jury regarding how the victim responded to those threats, what their body language is, what kind of noises they made, how quickly did they capitulate to the demand that they say that they wanted it." When we talked with YWCA sex assault victim advocate Emily Cordo, she was fearful of the ruling's impact, because now prosecutors will have to prove forcible rape victims did not consent. "Victims have to worry about whether they're going to be treated with respect, and whether they're going to be believed." The three justices in the minority agreed, writing that the majority ruling retreats "to the archaic focus on a rape victim's actions." 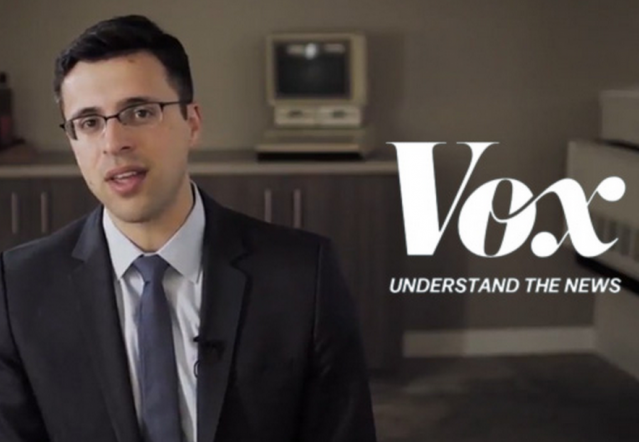 Posted by Robert Shibley on October 17, 2014 17 Comments
WAJ: This is a guest post by Robert L. Shibley, Senior Vice President of the Foundation for Individual Rights in Education (FIRE). As "Yes Means Yes" mania sweeps across college campuses, and the lives of innocent men falsely accused are ruined in a witch hunt atmosphere, the FIRE once again is at the forefront of standing up for the individual. ----------------------------------- On Monday, Vox co-founder Ezra Klein penned an op-ed about how he firmly supported the affirmative consent bill recently passed in California despite his candid acknowledgment that the bill was in fact “terrible.” The general tenor of his column, which I discussed in The Daily Caller yesterday, was that you can’t make an omelet without breaking a few eggs—the eggs being people unjustly found guilty of rape. Critics on the left and the right were equally appalled, as well they—or anyone concerned with civil liberties—should have been. Under this barrage of well-deserved criticism, Klein returned with a longer piece yesterday, attempting to justify his candid-yet-horrifying position on California’s law. He fails. In fact, despite his column’s title, “What people get wrong about the Yes Means Yes law,” he fails to even get basic facts about the law right. Klein does the same thing that so many other supporters of the law have done, which is to present the law and the campus environment in inaccurate ways that just happen to make due process abuses seem less grievous. So allow me to present a mini-Fisking of the article, and you can be the judge of who’s right. I won’t address every line of Klein’s long, doomed attempt at self-justification, but I will hit the highlights (or perhaps lowlights). There are plenty of them. Klein opens thusly:
Read More 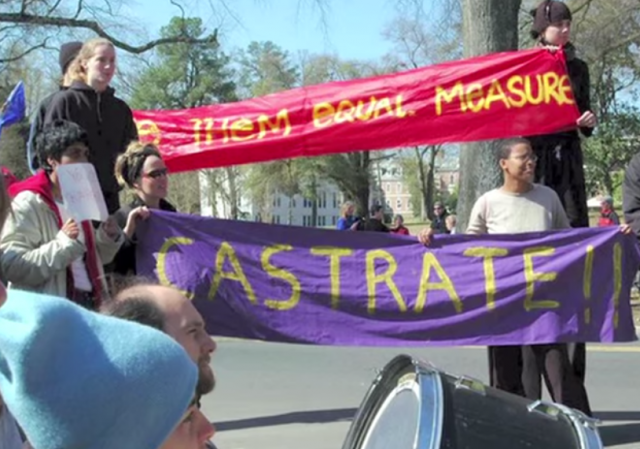 Posted by Amy Miller on October 16, 2014 30 Comments
I've written previously about California's new "Yes Means Yes" law, which codifies a strict definition of "affirmative consent" as it applies to students on college campuses. It's a terrible bill, but some liberals are touting its absolute failure to address any real problems as its greatest achievement. A group of professors at Harvard Law School recently published a joint letter in the Boston Globe begging the university to rethink its implementation of a similar standard:

We call on the university to withdraw this sexual harassment policy and begin the challenging project of carefully thinking through what substantive and procedural rules would best balance the complex issues involved in addressing sexual conduct and misconduct in our community. The goal must not be simply to go as far as possible in the direction of preventing anything that some might characterize as sexual harassment. The goal must instead be to fully address sexual harassment while at the same time protecting students against unfair and inappropriate discipline, honoring individual relationship autonomy, and maintaining the values of academic freedom.

28 professors from one of the finest law schools on the planet believe that these laws go to far. They're not just a change in policy; they redefine the meaning of "sexual assault," and "consent." They're a gross overreach into the lives of students that flies in the face of the basic concepts of justice and due process. Chief Voxsplainer Ezra Klein recently penned an article explaining why he believes affirmative consent regulatory overreach---and subsequent overregulation of the sex lives of young Californians---will eliminate the alleged culture of "sexual entitlement" on college campuses. In Ezra Klein's illiberal utopia, we achieve that goal by making examples out of men whose only crime is that they are male:
Read More
DONATE