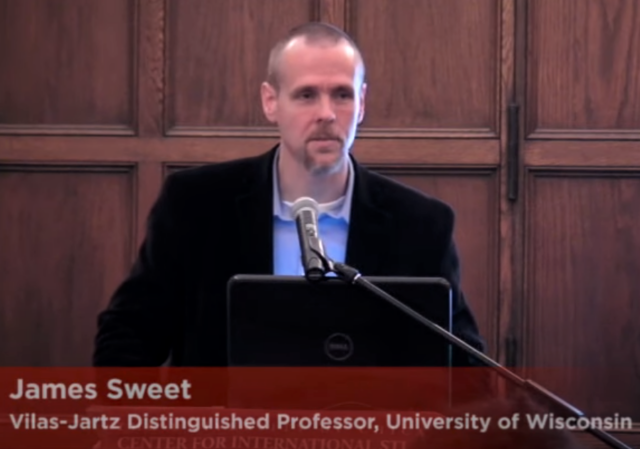 "I sincerely regret the way I have alienated some of my Black colleagues and friends. I am deeply sorry."... 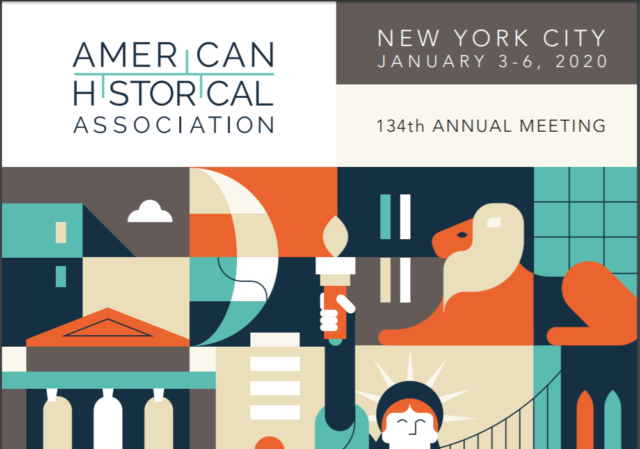 Posted by Samantha Mandeles on January 08, 2020 3 Comments
For the fourth time in a row, the American Historical Association (AHA) rejected anti-Israel resolutions at its annual meeting on Sunday, January 5.
Read More 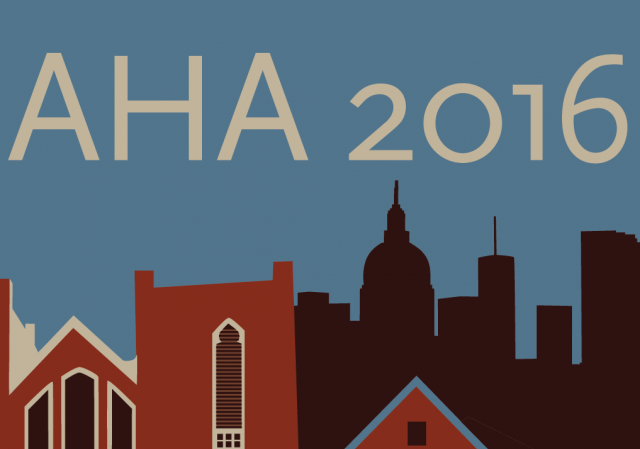 Posted by William A. Jacobson on January 09, 2016 10 Comments
I really had expected the worst regarding the anti-Israel resolution being voted on at the Business Meeting taking place at the American Historical Association's Annual Meeting in Atlanta. For full background and details, see our prior post, American Historical Association to Consider Anti-Israel Resolution. The Times of Israel also had an extensive write-up today, in which I was extensively quoted. If the Resolution had passed the Business Meeting, it likely would have gone to a full membership vote. I thought the Resolution had a chance because, as I was quoted in The Times of Israel:

The vote just took place, and the Resolution was soundly defeated, 51 for, 111 against.
Read More

Posted by Occam's Razor on January 06, 2016 1 Comment
We wrote previously about the scheduled anti-Israel resolutions at the seasonal faculty association meetings in 2015-2016. We are now in the midst of this season, with the American Historical Association (AHA) annual meeting in Atlanta this week. Once again, we see an attempt to politicize a reputable scholarly organization by a small group of radicals with an anti-Israel agenda. On the table at the AHA Business Meeting on Saturday, January 9, 2016, is a resolution condemning Israel's alleged mistreatment of Palestinians in education. Under the AHA Constitution, if the resolution passes the Business Meeting, it goes to the AHA Council for approval, non-concurrence or veto. If the Council votes not to concur, it goes to a full membership vote.[*] Unlike resolutions at the American Studies Association in 2013 (which passed) and currently at the American Anthropological Association (pending a membership vote), the AHA resolution does not explicitly call on the AHA to adopt the academic boycott of Israel pushed by the Boycott, Divestment and Sanctions (BDS) movement. Rather, the AHA resolution is similar to the resolution which previously failed to pass a membership vote at the Moddern Language Association in 2014, denouncing Israel for allegedly violating the academic freedom of Palestinians. But the AHA resolution is just as much a part of the BDS agenda, and would set the stage in later years for a full BDS resolution at AHA. Where BDS supporters think they can pass a full academic boycott they do; where they think they can't, they try interim steps. I analyze the AHA resolution below.
Read More 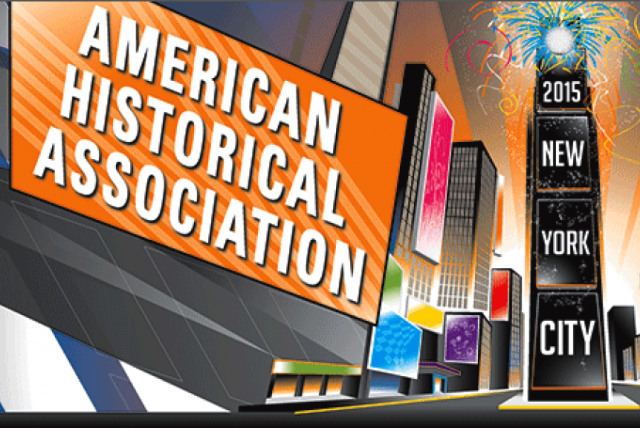 Inside Account: How Anti-Israel Resolutions Were Defeated at American Historical Association

Posted by Jeffrey Herf on January 06, 2015 1 Comment
[WAJ Intro: University of Maryland Professor Jeffrey Herf helped lead the battle to defeat anti-Israel resolutions at the American Historical Association, as we wrote about on Sunday.  I asked him to submit this Guest Post to recount the events and strategies, in the hope they will inform others facing similar anti-Israel tactics.] --------------- By now readers of this blog probably know that by a vote of 144 to 51 with three abstentions, members of the American Historical Association, at their Business Meeting of annual meeting in New York City on January 4, 2015, decided not to pursue two resolutions that denounced aspects of the policies of the government of Israel. For readers of Legal Insurrection it is important to point out that the defeat of these resolutions was due to procedural issues that were also matters of substance. Details of the events are readily available in the reports by The New York Times, Inside Higher Education, Algemeiner and The Tablet . It is the most decisive defeat that groups supporting resolutions denouncing Israel have suffered since “BDS” (Boycott, Divestment and Sanctions) efforts gathered steam in American universities in recent years. This is a preliminary anatomy of its defeat.
Read More

Posted by William A. Jacobson on January 04, 2015 4 Comments
At the American Historical Association annual meeting in New York City, an anti-Israel group called Historians Against the War sought to present two anti-Israel resolutions (here and here). Neither resolution called for a boycott of Israel, because they knew that would not pass (the AHA apparently is not controlled by anti-Israel radical activists, unlike the American Studies Association). So in a strategy we have seen at the Modern Language Association, a resolution condemning alleged Israeli offenses against Palestinian academic freedom was offered. (It failed at MLA, btw.) This is the stepping stone approach -- first get a resolution condemning, then later come back with a boycott resolution. The resolutions were factually inaccurate and engaged in unsubstantiated hyperbole. But the resolution sponsors missed the November 1 deadline for the resolutions to be considered at the business meeting. Only an affirmative vote at the business meeting could send the resolutions to a full membership vote. So the anti-Israel activists sought to have the business meeting rules suspended. That would require at least a 100 person quorum and a two-thirds vote. Based on the Twitter feed, it appears that the motion to suspend the rules met spirited opposition on a variety of grounds, including the lack of good grounds for missing the deadline, the importance of providing adequate time to fact check the resolution, and the merits of the ultimate resolution. The vote at the business meeting was taken just minutes ago.
Read More
DONATE