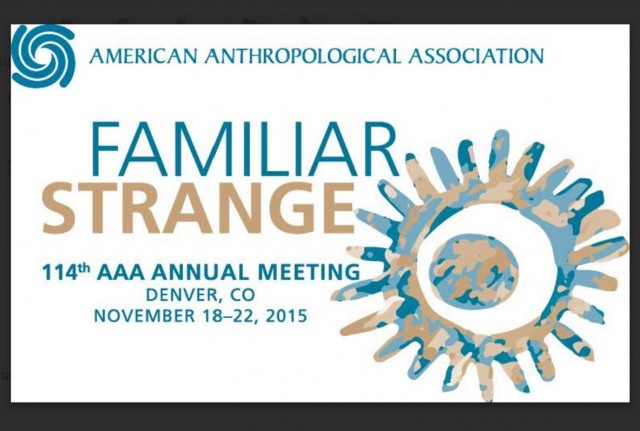 That stacked deck recently resulted in a one-sided report calling for action against Israel, though a full boycott similar to what the American Studies Association adopted was only one of the potential actions discussed.

The ideological nature of the boycott push is clear in the Report, in which the authors explicitly applied a “settler colonialism” construct (see Report, starting at page 11), which is the prism through which boycott advocates view Israel itself (not just the “occupation” of the West Bank) as illegitimate:

… We found the “settler colonialism” frame suggested by many of our interlocutors to capture some aspects of the relationship of the Israeli government to Palestinians that concerned us and we present that frame first….

Although Israelis often speak of a “conflict” between Israelis and Palestinians (a locution that critics of the term’s applicability in this situation believe implies a dispute between more or less equal parties that might be resolved peaceably), the majority of Palestinians refer to “the Occupation” of Palestinians by Israelis. Indeed, one Israeli anthropologist advised us to avoid “any talk of symmetry, any talk of two sides, both in the wrong. Any outsider who came in and talked in those terms would truly be guilty of colonialism.” While there is something to be said for both frames, conflict and occupation, we became convinced (on the basis of our interviews with Israeli Jews, Palestinians and outside academic experts) that one cannot fully understand the conflict / occupation without situating it as the product of a colonial structure, albeit a unique one….

By adopting a “settler colonial” approach, the authors tainted the entire Report with political activism and anti-Israel bias baked into the methodology. The authors presumed the result from the methodology, and then set about to justify the result with a one-sided factual analysis.

There is extensive discussion in the Report, for example, of alleged problems for academics and students caused by the Israeli security barrier. But there was only one passing and dismissive reference (at page 19) to the reason the Israeli justification for building the barrier — the suicide bombing campaign in 2001-2004 which killed almost 1000 Israeli civilians.

The Report lists a range of options for the AAA to take, with a full boycott only one of those actions, and the one which would be the most controversial.

The group behind the boycott, Anthropologists for the Boycott of Israeli Academic Institutions, however, is pushing forward with a full boycott resolution at the annual business meeting of the AAA on November 20, 2015. The Resolution provides, in part:

Be it resolved that the AAA as an Association endorses and will honor this call from Palestinian civil society to boycott Israeli academic institutions until such time as these institutions end their complicity in violating Palestinian rights as stipulated in international law; and

Be it further resolved that the AAA leadership, in accord with the governance procedures of the Association’s bylaws, is charged with implementing this boycott and determining how to do so with reference to both (a) the Association’s own mission, and (b) the attached appendix; and

Be it further resolved that this boycott pertains to Israeli academic institutions only and not to individual scholars, and also that individual anthropologists are free to determine whether and how they will apply the boycott in their own professional practice; and

Be it further resolved that in implementing this boycott, the AAA will support the rights of students and scholars everywhere to engage in research and public speaking about Israel/Palestine and in support of the boycott, divestment and sanctions (BDS) movement.

Though it purports to exclude boycotts of individuals, in fact such resolutions are so sweeping in adopting the academic boycott guidlines that they necessarily boycott individuals. Individual faculty operate largely through their academic institutions. It is a linguistic charade to claim that the complete boycott of a university does not include the boycott of the people who work there.

The ASA ran into this problem when its 2014 annual meeting rules excluded individuals based on national origin, in violation of California law.  ASA backed down after legal challenges.

Not suprisingly, the AAA members in whose name the resolution is being proposed are a virtual who’s who list of anti-Israel activist academics, many of whom were involved in the ASA boycott push:

If passed at the business meeting, the resolution would go to the full membership for a vote.

Such a resolution by AAA would be deemed a violation of academic freedom by the American Association of University Professors.

If passed, the resolution would be highly symbolic, because until now the AAA has been a respected academic group. AAA would be the largest such professional organization to pass a boycott resolution.

It may be coincidence, but it certainly is relevant, that the boycott resolution comes in the midst of the “Knife Intifada,” in which Israelis are being stabbed in the neck and elsewhere on a daily basis, and there is widespread incitement to kill Jews for being Jews. A biased, one-sided resolution necessarily will be viewed as advancing this incitement.

It also will raise the stakes, and there likely will be even stronger academic community pushback than faced the American Studies Association — in whose case over 250 university presidents and multiple academic associations rejected the boycott. The NY Times called the ASA a “pariah” after its boycott resolution.

An AAA resolution also likely will trigger another round of political pushback, more intense than the ASA faced.

In conjunction with the release of the Resolution text, the anti-Israel “Jewish Voice for Peace” issued a statement backing the boycott resolution. JVP’s involvement shows that this is part of broader political agenda, far beyond that reflected in the Report text.

Above all else, passing the resolution will establish the AAA as a politically-driven organization at a time when the Humanities and Social Sciences are under extreme pressure from a public which views the educational benefits of such subjects as tainted by radical politics.

We will have much more on the proposed boycott resolution as the annual meeting approaches.

I don’t get why scholars should allow their associations to become political footballs, especially when they should know damn good and well that the Collective has ALWAYS tried to co-opt anything where two people get together with a common interest.

Smart people would set ground-rules that forbid that kind of crap.

It’s ANTHROPOLOGY. By its very nature it is biased and requires absolutely nothing to ever be created but fuzzy studies about cultures. Is it any surprise that it, like so many of the social ‘sciences’, they are a hive of liberal pundits bloviating about whatever their biased minds center on?

Now, find me a hard engineering department even CONSIDERING the BDS and I’ll be shocked.

Totalitarians have been using science as an excuse for their prejudices since at least the Origin of Species was published. Social Darwinism and phrenology have also had their day, where legitimate scientific inquiries were hijacked to provide a science-like gloss to pernicious political nonsense.

Anthropology, like sociology, economics, psychology and political “science” can, in the hands of a rigorous academician, be tools that supply powerful insight. They are also vulnerable to invasion by charlatans because true experimental results involving significant numbers of people are few and far between, so that the fields have difficulty winnowing their publishers by means of demanding reproducible results.

Also, academic associations are boring and unimportant. That makes them vulnerable to being hijacked by a relatively small number of associates, who can then divert their organizations to subject and issues far beyond the founders’ original purposes.

What business does the AAA have, commenting on relations among countries? Oh, exactly as much as a grocery co-op in New York City, or a college student union.

Perhaps it is time to introduce a concept from the business world to academia, namely the ultra vires action. (Is there a way to turn off spell-check? It creates more typos than I do.)

“By adopting a “settler colonial” approach, the authors tainted the entire Report with political activism and anti-Israel bias baked into the methodology.”

That was WHY they adopted that approach! Duh!

It’s never about the truth. It’s only about the agenda.

Yet again, another group that “truthist” applies to.

“What’s outrageous is that we’re suffering under the yoke of those to whom Truth means nothing — the practitioners of a dark faith. They don’t care if a statement is correct, only whether it’s politically correct. They hate the Truth when it contradicts their agenda, and they’ll stop at nothing to still the tongues of those who would dare voice it. Racists? These miscreants are infinitely worse. They are Truthists. ”