Steven “Carrillo agreed that his killing of Officer Underwood was first degree murder as defined by the federal statute at 18 U.S.C. § 1111.” 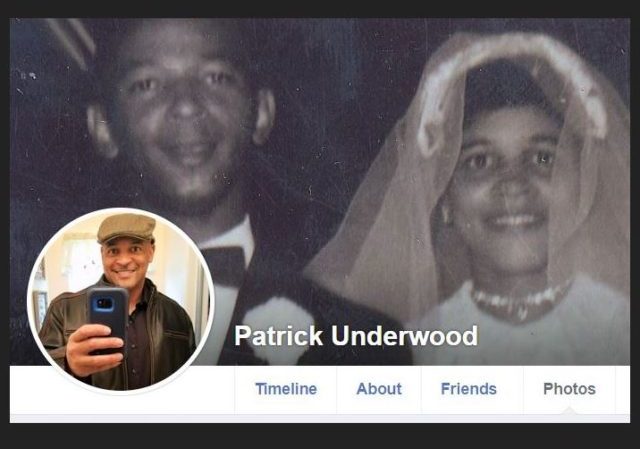 In May of 2020, a white van pulled up outside the Ronald V. Dellums Federal Building in Oakland, California, and Steven Carrillo opened fire on two federal security officers.  One of whom, Dave Patrick Underwood, was killed. 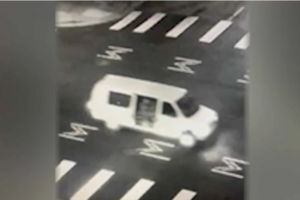 Carrillo has been found guilty of this horrific and senseless murder, as well as for the attempted murder of the second security officer, and been sentenced to 41 years in prison.

Steven Carillo has been sentenced to 41 years for a deadly attack inspired by #BLM during a riot in Oakland. Liberal press spread lies that he's far-right. He was a militant BLM supporter who expressed solidarity w/far-left violence in Portland & Kenosha.https://t.co/K9wVdMRkdT pic.twitter.com/2XRmQmuHbd

The U.S. Department of Justice released the following statement:

Carrillo, 34 of Ben Lomond, pleaded guilty to the federal charges on February 11, 2022. According to the plea agreement Carrillo admitted that he intended to kill the two officers and acted with premeditation by firing on the officers from a van driven by another individual. Carrillo agreed that his killing of Officer Underwood was first degree murder as defined by the federal statute at 18 U.S.C. § 1111. Carrillo also admitted that during the months before the shooting, he aligned himself with an anti-government ideology and wanted to carry out violent acts against federal law enforcement, in particular.

Carrillo posted messages and writings on social media sites during the weeks leading up to the shooting, describing the timing as favorable for the destruction of the government. Carrillo admitted that on May 29, 2020, he posted social media comments referring to the ongoing protests over the killing of George Floyd, and he made plans to travel to an area in Oakland where protests were expected that night. Carrillo admitted that he went to the protests with another individual, and Carrillo brought firearms and incendiary devices in a van driven by the other individual.

After observing the protests, federal building and courthouse, and surrounding area, at approximately 9:44 p.m., while the other individual drove the van, Carrillo fired approximately 19 shots at the two security officers, killing Officer Underwood and wounding a second security officer with life-threatening and permanent injuries. In addition, Carrillo agreed and recommended to the court that a reasonable and appropriate disposition of this case would be 41 years in prison and a lifetime term of supervised release.

Following is a news report on the crime, including statements from Underwood’s family and friends.

How can conviction of such crimes — murder of a federal law enforcement officer, and, attempted murder of a second officer — result in anything less than the imposition of a life sentence without the possibility of parole (the death penalty unfortunately having been taken off the table)? I just cannot fathom the ridiculously lenient sentences being handed down in these Dumb-o-crat states. It’s indefensible and appalling.

its a psyops adaptation of the tenets of Marxism.

One of the key core tenets of Marxism is “subjective accountability” of the individual to an ever changing “standard”. (Like a living Constitution).

This has several uses:

Most importantly, it create an uncertainty/imbalance necessary for state control.

That’s of course in addition to the old school “looking out for your own”.

Don’t ever buy the lie- this “soft on crime” stance and “defund” movement is weaponized and designed to support the state as it sees fit in the dominion of citizenry.

Anyone who doesn’t believe that ask the Capitol Police how much “defunding” they or the DOJ has had and ask the J6 prisoners and conservative politicians under persecution how “lenient” the law is being.

41 SECONDS at the end of a ROPE would be the appropriate sentence!! I don’t understand people who value the life of a scumbag criminal more than an innocent victim! Is it me or THEM??

And, this idiot, Carrillo, is an ex-Air Force sergeant. Which tells me that General “I want to learn about white rage” Milley and his equally idiotic comrade-in-arms, SecDef Austin, should stop obsessing over the phantom contrivance of alleged “white supremacy” in the U.S. military and start investigating Leftist radicalism, instead.

Do not rule out the possibility that President* Biden will pardon or commute his sentence.

One down, countless others to go.

Is it confirmed that Carillo was AntifaBLM rather than ‘boogaloo,’ or was he a lone(ish) wolf influenced by extremists of all persuasions?

What? There are fewer “boogaloo” people than there are actual Nazis in the U.S. And none of them have murdered anyone or committed any violence at all (unless one counts the violence against fashion they commit with their horrid tropical print shirts).

And I suggest you check out the featured image: this guy showed up in court with a mask that reads BLM. The “we the people” thing is classic anarchist bastardization of a well-known and supported trope/theme/etc. In this case, we know he’s not “boogaloo” because he’s sporting a mask that supports BLM. NO rightwing group (radical or otherwise) supports BLM, not even the Q crazies.

I can’t find any mention of evidence other than the hat that this guy is a BLM leftist. Is there any? The media seem to be remarkably incurious about this.

He was sold to me as a textbook example of a boogaloo right wing white supremacist (one of the many!).

You are a victim of disinformation.

I didn’t buy. I prudently reserved judgement, as I am doing now in the absence of evidence other than scribblings on a hat.

Note the wording of the announcement, very careful not to clearly indicate that he was a supporter of the Marxist BLM or Fascist ANTIFA, just “anti-government”, which the Left consistently applies to the Right. And no note of the actual content of his social media posts, they could have been any ideology with antipathy to the Federal government.

All these liberal-run news outlets which want to keep us ignorant.

Meanwhile Trump supporters, which committed no murders, no burning of buildings, and took a podium which was promptly returned, are still languishing in prison. Good they got this guy, but travesties are still being committed by Antifa and far Leftists for which no penalty has been exacted.

Come on, man. That evil guy did put his feet up on the desk in Ms. Pelosi’s office. And there are still rumors that one of the brass posts holding the velvet ropes may have been knocked over.

Not to mention the painted-up buffalo-headdress guy standing at the sacred podium.

Compare to the George Floyd verdict, where no one involved intended to kill Floyd (I’m not saying they did) Justice. What a joke.

huh. shoot fed officer get this. run over anyone or shoot someone in certain cities get basically nothing.
guess some lives are worth more than others.

before anyone fucking bitches I do think this sentence (although death penalty would be better) was correct.
it just needs to be applied to many more people.

Note that this was a federal sentence, not state. And yeah, some lives are absolutely worth more than others. It would have been interesting to see what he’d have been charged with in state court in CA.