Customs and Border Protection insisted “the site is intended as a temporary measure.” 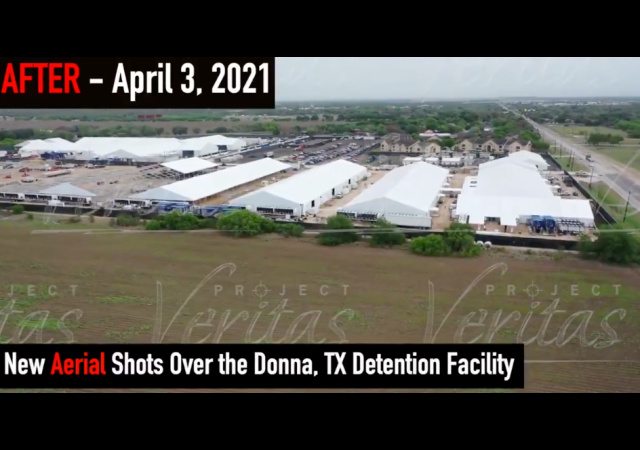 The growth happened under President Joe Biden in less than a month.

The migrant facility has been in the news for months after Republicans and journalists managed to get inside the buildings.

They found kids in cages. Oh, wait. A Democrat is in office so we’ll call them what they are: pods. They found kids in pods, lying down shoulder-to-shoulder. A pod should only have 32 people in it. The pods have between 500-600 migrants in each one.

The Customs and Border Protection (CBP) told Fox News it had to add more buildings “to manage the increasing numbers” of children. The agency insisted “the site is intended as a temporary measure.” 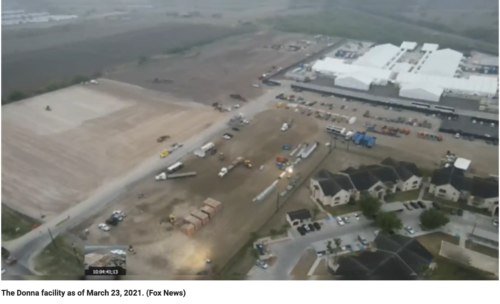 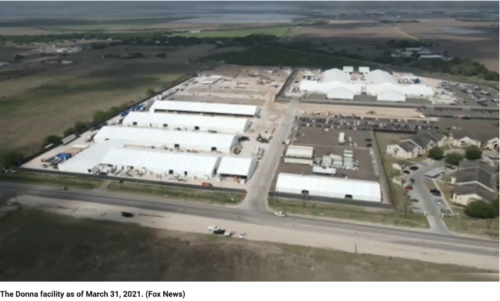 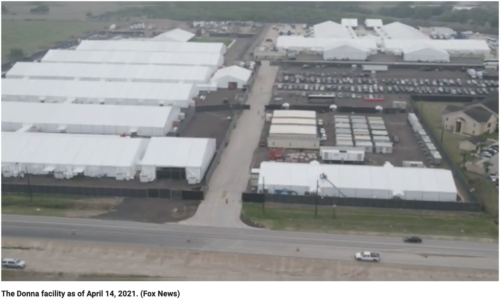 Here is the video from Project Veritas:

Amazing that they have to use drones because the pedophile-in-chief won’t allow journalists or cameras.

Amazing that they were able to operate drones that close to it.

Perhaps “amazing” isn’t the correct term. After all they promised the most transparent administration in history. Given the propensity for lies, “expected” would be closer to the mark.

One of the first concentration camps. There’ll be a lot more.

At least now we know why he stopped building the wall. He needed to repurpose the construction materials.

I do, however, love the idea of referring to these facilities from now on as “concentration camps.” A tasty meme, and one calculated to explode progressive heads.

For those who suck at languages as badly as I do, the proper phrase is, “El trabajo te libera.”

These reports work to the advantage of the Administration, giving them justification for releasing the minors through out the country “for their welfare”. They will fall off the radar until such time as they reappear to take the amnesty that Biden and Congress will enact into law. Probably application for amnesty will also include automatic voter registration.