But we don’t have a border crisis…

We all knew why President Joe Biden’s administration did not want media around the border or talking to agents. But now he can no longer deny it.

Axios published photos of an overcrowded border patrol tent in Donna, TX. Rep. Henry Cueller (D-TX) provided the photos to “raise awareness about the situation” after someone gave them to him over the weekend.

The tent has eight “pods.” A single one can hold 260 people.

“I have said repeatedly from the very outset a Border Patrol station is no place for a child,” DHS Secretary Alejandro Mayorkas told CNN on Sunday. “That is why we are working around the clock to move these children out of the Border Patrol facilities into the care and custody of the Department of Health and Human Services that shelters them.”

Project Veritas has a video taken outside of the same facility. A source also gave them photos. I wonder if it is the same source who gave Cueller his photos:

“These photos were taken within the last few days. There are eight pods with eight cells each in the facility. At any given moment there are an average of 3,000 people in custody here,” the source said.

“They [illegal immigrants] are separated by age or physical size depending on room. Fifty were COVID positive in these cells over the last few days. There have been multiple sexual assaults, normal assaults and daily medical emergencies,” they said.

James O’Keefe and his team took the video outside of the facility before officials asked him to leave. One person told them they were on “private property” so all “journalists needed to keep their distance.”

Project Veritas’s source within the Department of Homeland Security shared a memo, which warned everyone of a caravan headed to the border. The officials promised “CBP personnel in the region will work closely with and maintain constant communication with CBP Partners including ICE, as well as local security and immigration agencies.” 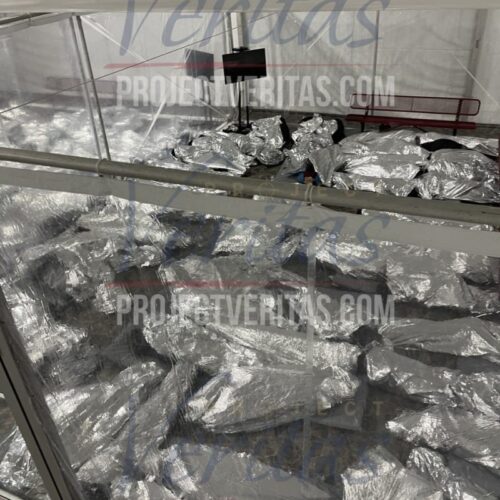 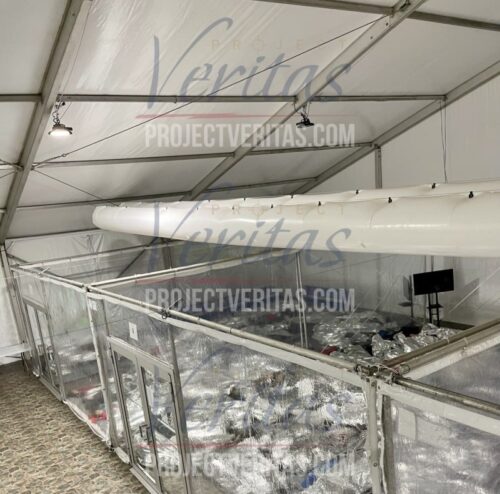 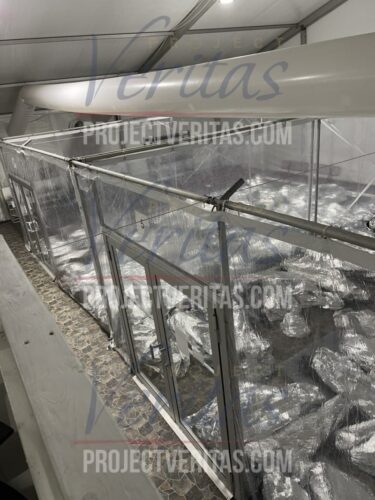 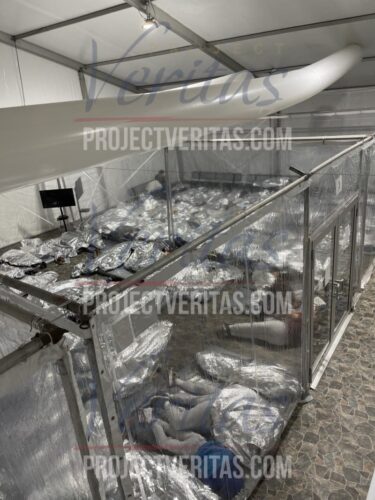 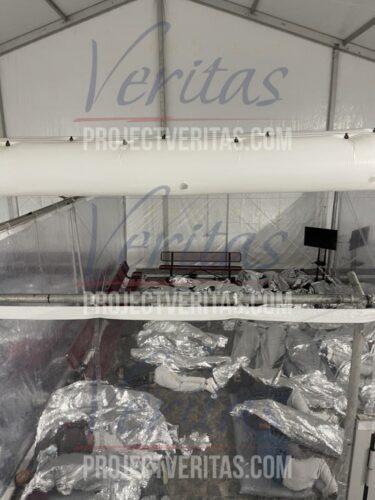 Joe Biden and the Dems, mindful of all those new Democratic voters, are mimicking the guy from the “Bob’s Surplus” stores telling all from south of the US border “C’mon down”

But being Democrats, their execution and efficiency is a lot less “Bob’s Surplus” and a lot more “Tex & Edna Boil’s Organ Emporium,” America’s original budgie “coyotes.”

Wow. What a breach of security given that the Biden regime has forbidden any border patrol officials/employees from commenting to the press on the disaster our southern border has become.

And People better save those pictures as I contemplate that Twitter™ will be removing them once the Biden regime complains about them being posted without official regime permission.

Of course they did. The liberal tech oligarchs got Biden elected so now they have to protect their investment until Harris can plausibly replace him. So expect a slew of removals and account bans/deletions as more and more negative material comes out about Joe and his government regime.

And of course, the liberal MSM won’t mention it at all.

From the Project Veritas photos, it looks like “The Mayorkas Disaster” has “Biden Tacos”

This whole thing is because the current admin doesn’t want to admit that “stay in Mexico” was a great and working policy.

Heck, the other day some reporter managed to get Biden for a question (someone censoring him must have been sleeping on the job) and he said, “They can apply for asylum from their home country.”

No lie! How is the press not tearing that quote apart? Isn’t the whole point of asylum that you are under duress in your home country??

Here’s a link to the ridiculous Biden quote BTW….please roast this and tear it up LI!

This is obviously a case of right wing media fabricating untrue stories about the greatest president ever. The defenders of equality would NEVER allow a mess those picture claim to show, not on US soil. If the claim were true, Nazi Pelosi or Chuckie Schumer would have done something about it by now, unless they were busy doing something really important like pushing a bill to give unlimited toilet paper to illegals.

I don’t mean to be horrid about those pictures but I can’t help but wonder if those people wrapped in foil are actually alive. Why? Because it looks as if their complete bodies, including their heads, are covered up by the foil wrapping. They look more like they are in some kind of cheap body bag than any covering to keep them warm. So do we know that the majority of those detainees are actually alive?

Emigration reform to mitigate progress and collateral damage at both ends of the bridge and throughout.

I am not proud to admit I have very little sympathy.

I’m surprised that the trolls haven’t shown up yet to blame this on Trump.