The oil disaster “severely contaminated most of Israel’s coastline and killed wildlife.” 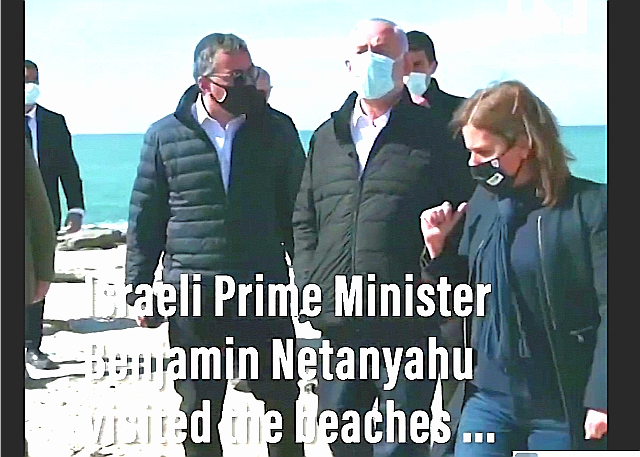 The Israeli government has confirmed Iranian involvement in the massive oil spill that hit its coast last month.

“Now we see Iran is not just terrorizing [Israel] with [attempts at attaining] nuclear weapons and entrenching itself in our region, but also by harming the environment,” Israel’s Environment Minister Gila Gamliel said on Wednesday.

“This pollution has people who are responsible for it and have to pay the price. Our nature is damaged, our animals are harmed, thanks to merciless environmental criminals,” Gamliel said.

Gamliel explained that, following a two-week investigation, the Environmental Protection Ministry found that the ship that leaked the crude oil, called the Emerald, was owned by a Libyan company and sailed from Iran to Syria. It departed Iran, turning off its automatic identification system (AIS) – which transmits its location to other ships in the area. It turned the AIS on as it went through the Suez Canal, and then off again as it approached Israel’s shores.

The ship remained within tens of kilometers of Israel’s shores, within Israel’s economic waters, for nearly a full day, spilling large amounts of oil on February 1-2, with its AIS off.

Then it continued on to Syria, where it turned on its transmitter, and it returned to Iran, turning off its AIS as it passed Israel. It is currently in Iran.

The spill originated from an oil tanker that set sail from Iran. The vessel turned off its tracking devices before it entered Israeli waters and dumped the oil near the coastline.

Described by the media as the worst environmental disaster in the country’s modern history, the spill “severely contaminated most of Israel’s coastline and killed wildlife,” the Times of Israel reported. The oil and tar washed up along 100 miles out of Israel’s 120 mile-long coastline, forcing the government to close the beaches and ban the sale of Mediterranean seafood.

This is the second act of maritime terrorism by Iran in recent weeks. Last week, Iran targeted an Israeli ship in the Gulf on Oman. The Asia-bound cargo vessel was reportedly hit by an Iranian missile in the high seas, causing damage but no loss of life.

It is also not the first time Iran involved itself in environmental terrorism against the Jewish State. Last summer, Iran-backed terrorist group Hamas launched incendiary balloons and drones from its base in Gaza, destroying thousands of acres of forest and agricultural land in southern Israel.

While Iran unleashes an all-out terror campaign against Israel, the key U.S. ally in the region, President Joe Biden is busy appeasing Mullahs to revive the Obama-Kerry nuclear deal.

Tehran has responded to the return of the Obama-Esque appeasement policy by demanding ‘reparations’ worth $1 trillion, shutting out the UN nuclear inspectors, and boosting its uranium production, a key component for the bomb.

Iran wants war with Israel while susan rice is running the US. They know Israel won’t be resupplied by wha’s left of the US.

Same thing with China: they’ll make war with Taiwan while susan rice is in charge. (Prophetic, isn’t it? – ‘rice’ is in charge of the US.)

But Rice is only the proxy (along with most of the rest of Presidentialist Resident Biden’s retread Hussein administration staff) for His Imperial Executiveness, Emperor Barak the Nonpareil.

Pun of the Day Award is granted to you, brother. You earned it!

Odd — that all we hear from the Biden/Blinken et al team of actually unprincipled “pro-environment” talk-a-lots/do-nothing-real bunch is . . . crickets, no?

Evidently, ideology and geopolitics count for something counter-material to their dire, anti-fossil-fuel-geared, end-of-the-world hysteria, it seems.

(Same political manner as when NOW also chirped so nocturnally but otherwise inactively during President WJC’s sexual scandal involving egregious past and then-current harassment, even alleged past rape, not to mention being impeached for, besides obstruction of justice, perjury to a grand jury.

(So, when it matters politically, principle just doesn’t. History still shows that: The Dem-Lefties find theory and its concrete praxis mutually exclusive, not practically interrelated to and consonant with each other, as an ethical, credible agent would insist.

(Republicans, on the other hand, I believe, have a comparatively good record of consistent, principled conduct. They generally own up to big errors made by their members. Naturally, there are several exceptions, but again, that’s not commonly seen.

(Seems to me, then, to be be a Dem-Lefty thing, this need to separate action from ethics. The Cuomo matter, a prima facie case in point, appears, however, to be going in another, politically-geared direction and is following more of an exceptional path — in terms of the party now WANTING him out and bringing in ultimately a more Left-sided executive in New York — rather than what the rule has historically dictated for the Party of Clinton, among other immoral, lawless, treacherous scoundrels: protection for and little confession by the miscreant.)

Then, thank God, for the sake of moral clarity, there is trustworthy Israel, and Netanyahu, in particular, which and who suffer no such moral double vision with respect to the now-proven double-terrorist act of wanton property destruction and an exquisitely clear, foreseeable, predictable, and reckless criminality of eco-neglect and -harm.

As nation and leader have historically, so they will now see Iran’s behavior in this matter clearly and distinctly, with one impulse sent through its coordinated optic nerves, as it were, and one just and swift action in response: fair, equitable, but also instructive retribution.

Iran, we all know, has a continual learning disability and must be aided in its struggle for stability and growth. Israel knows and has the right treatment.

May I suggest that Iran be punished by knocking out their electric high tension grid, their hydroelectric dams, and all lwarge water reservoirs?

Then take out all their air capabilites, followed by drones which send all Mullahs in search of 72 virgins.

Iran needs to be neutralized.

If I was an Iranian submarine, I’d stay home for a while

This is outrageous and despicable conduct. Similar to the childish and perpetually belligerent Arab Muslim “Palestinians” sending incendiary balloon bombs into Israeli territory, with the express purpose of causing forest fires.

Of course, we won’t hear a word about this from the despicable Dhimmi-crats and their useful-idiot equivalents amongst the European Left. These fools can summon contrived, biased and fallacious outrage against Israel, but, can never evince a modicum of outrage regarding Muslim terrorists’ supremacist and belligerent behavior.