In the coming year we’re focused on building community in our house, and causing chaos in theirs. 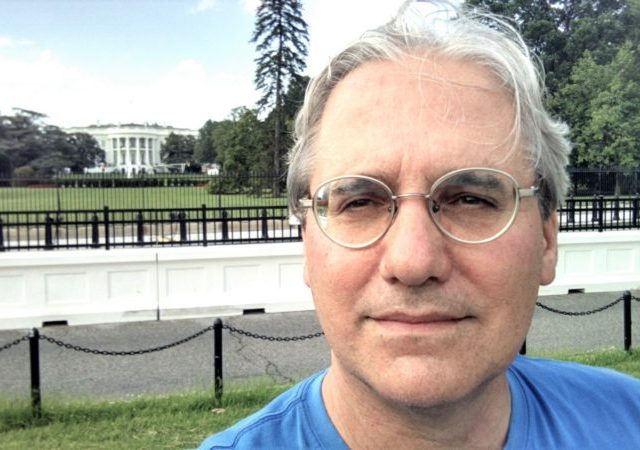 Our first post was October 12, 2008, Obama is Door No. 2. You can read about the history of the website, why and how it was started, and how it has evolved, in our prior Blog Anniversary posts.

My thanks to the readers for staying with us, and to our editors and authors for continuing to push the boulder up the hill.

These blog anniversary posts give me a chance to reflect a bit.

The big news this year for us was the launch of our research and investigation Legal Insurrection Foundation:

Someone once described us as “disrupters,” a characterization I hadn’t thought of before that. It is this spirit of disruption and impact that will drive the Foundation.

It would be very easy to be down about the current state of politics. I remain amazed at the energy and relentless antagonism of the Resistance. There is never a moment’s rest and never control extensive enough to satisfy them. We are three years into the Trump presidency, and they are still contesting the 2016 election more ferociously than ever.

There was no equivalent opposition to Obama—Obama was intensely opposed for his personality, his policies, and his background. But I don’t recall any meaningful attempt to deprive him of his electoral victories after the fact. We are up against anti-Constitutional forces, not mere political opposition. If they regain power, they will scour the landscape for survivors to eliminate. If that’s not motivation for you, I don’t know what will be.

Yet the resilience of the non-political class gives me hope:

Yes, I still have hope, but it’s hard. When the weight of the media, entertainment and educational industries is so hostile to non-liberals, and when it combines with the power of the state, it’s tough. It seems overwhelming at times. It’s emotionally and physically draining. And it’s been going on for several decades. Yet I still have hope despite that overwhelming disadvantage.

It’s almost unimaginable that after this decades-long onslaught, Republicans nonetheless control the Senate and the presidency, and most state legislatures.  How can that possibly be, it’s seemingly impossible. The American people are resilient, and that gives me hope.

That’s one of the reasons we’re hitting the road with speeches and events around the country. To build, and rebuild, our connections with readers and potential readers away from social media and the political class.

I remain inspired by a line from an unlikely source:

Community within our Nation, chaos in theirs; that is the message of SURVIVE!

So in the coming year, we’re focused on building community in our house and causing chaos in theirs.

Great work, and I remember this site as one of the first beacons of light in the blogosphere I discovered in the dark days of 2008.

What number are you up to now?

And I am 68 years old today. Happy Birthday, Legal Insurrection.

Happy Birthday to you! Long may you live and prosper!

Professor, congratulations on your thriving site, LIFoundation and all related efforts!

“But I don’t recall any meaningful attempt to deprive him of his electoral victories after the fact.”

After Obama “won” the first time, I seriously considered sending him a strongly-worded letter asking him to resign. I decided against it. Perhaps the world would be a different place if I had.

I spent a long while hoping someone would turn up his Kenyan birth certificate. But the extent of my protest(s) was to vote R down ticket.

Wow. Eleven years? Time flies when you’re having fun. I’ve been lurking around this place for most of those years, and it’s all been interesting and thought provoking.

Here’s to many more!

Congratulations. This site has been a beacon of sanity in an increasingly insane world.

Congratulations Professor and the staff of LI. This has been one of the best blogs I joined and continues to be. Keep up the good work.

Happy Anniversary?
I too found you the year after you started. It’s been great coming here each day and finding a source of sanity to all hype which goes for news. Much enjoyment is derived from the comments and the civility.

Thank you, Prof!
You’ve kept a light on during some dark times.
Congratulations!

I have to admit that I am fairly new to this site. I was looking for information on the Oberlin College / Gibson’s Bakery Case and found this site along with one other that was providing regular updates and actual trial coverage.
After catching up with the daily coverage I started exploring some of the other stories posted here by both your staff and the blogs / links. I found many stories posted that were not getting traction in much of the main stream media.
Now that the trial is over and it is appeal I still find myself coming back daily, many days multiple times a day reading the stories and comments related to them.
I would like to thank you and your staff for the coverage of stories that are of interest to me.

I came here right after the 2016 election from an Oberlin-Gibsons google pointer. And almost 3 years later I can say that LI is why there isn’t a coffee shop called “Raimondos” on W. College St. Compared to LI, the WaPo is a flickering candle in the wind when it comes to the “real” story.

Similar story for me. I came here looking for some objective coverage of the George Zimmerman case. I thought it was going to be this stuffy blog for lawyers, but what I had read on the GZ case was good. I ended up getting so much more. I have learned so much since coming to this blog, especially when you consider that most of my blog activity is woodshop and firearms, lol.

Once again Thank LI, the staff, Professor and the entire LI community.

Well done, Professor, long may you thrive!
I’ve been here since the Scott Brown election….you are one of my few go-to sites each day.

Congrats, and I am looking forward to many more years of LI.

“A good offense is the best defense.”

In just a couple years we’ll have to deal with the teen phase of the insurrection. He’ll be rebellious and even more insufferable.

Many happy returns of the day!

It’s wonderful to watch the ascendance of LegalInsurrection as a blog and Professor William Jacobson to an on-air pundit on major networks.

There is, however, the comment section. Can’t have everything, can ya?

Thank you for all of your efforts! I can say nothing else, except that you are all truly performing an invaluable and desperately-needed public/civic service, in these dark times in which the weed of Leftism/Socialism/Jew-hatred/Israel-vilification, etc., is growing, pervasively and stubbornly.

Wow! 11 years! I don’t remember exactly when I found this website, but I’ver been a lurker for many years. Recently decided, what the hell, and joined as a commentator. Keep up the great work Professor! Very well done!!

Happy birthday and thank you for not being part of the trash heap that is 99.99% of the internet.

This site is great.

This is the only site that I support financially. Enough said.

I do know that LI, for as small a crew it has, often is remarkably timely in putting up news, and I come here surprisingly often for recent news.

Oh- and as for our friend Barry — the right didn’t want to upset his fragile little apple cart, because it was the black’s first president (even though they never seemed to realize he wasn’t actually one of them, just like Kamala Harris), and there would have been even worse hell to pay. It would have been far far better to have had someone like Herman Cain or Thomas Sowell as first black president – real Americans. Not the international poseur Barry is.

One other thing about Barry: now that the blacks have had their “first” president, I think they understand better that politicians are just that, just politicians.

The seas didn’t part, everyone didn’t get a free mansion…. The “magic negro” wasn’t any more magical than any other politician…

It is a pity I missed the first five years, I really enjoy the site.
Thank you Professor Jacobson!

Congratulations on the first 11 years and happy that you plan to be around for many, many more.

We will need LI more than ever in the next 18 months as Warren emerges as the leading contender for the D nomination. The MSM we be be carrying water for her 24-7 so LI and Professor Jacobson will be needed to push the truth about her…. that almost every part of her personal narrative is pure fiction.

notamemberofanyorganizedpolicital in reply to Massinsanity. | October 14, 2019 at 12:44 pm

Have you seen this, speaking of Lizzie…..

Eleven is often the age that boys tend to act out in school. I wonder if that is true of bloggers too?

I posted earlier a comment on the civility of those who post. Coming down through them this A.M., I would add to this the aspect of mutual respect you find in a community who often do not share the same opinions yet respect the home of the host. What I believe is why so many find LI a breath of fresh air.