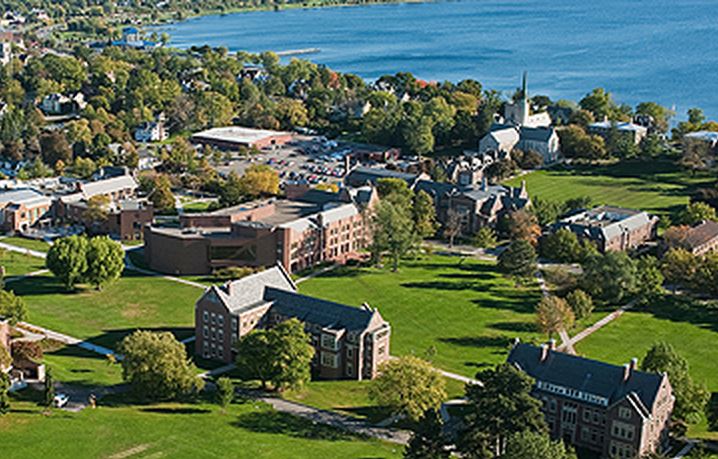 The anti-Israel academic boycott movement has been under the radar the past month, but that doesn’t mean it hasn’t been working to destroy academic freedom where it can.

The Critical Ethnic Studies Association recently endorsed the academic boycott of Israel. This should not be much of a surprise given that when CESA was formed in 2012, one of its first acts was to plan how to help the anti-Israel academic and cultural boycott movement. CESA  previously supported the boycott passed by the American Studies Association.  CESA represents just about everything that has gone wrong with academia, as expressed in its mission statement:

The Critical Ethnic Studies Association (CESA) aims to develop an approach to scholarship, institution building, and activism animated by the spirit of the decolonial, antiracist, and other global liberationist movements that enabled the creation of Ethnic Studies, and which continues to inform its political and intellectual projects. We seek to move away from current critical deadlocks, to counteract institutional marginalization, to revisit the political ideas that precipitated ethnic studies’ founding moment within the US academy, and to create new conversations.

Our Vision:  Ethnic studies scholarship has laid the foundation for analyzing how racism, settler colonialism, immigration, imperialism, and slavery interact in the creation and maintenance of systems of domination, dispossession, criminalization, expropriation, exploitation, and violence that are predicated upon hierarchies of racialized, gendered, sexualized, economized, and nationalized social existence in the United States and beyond. Our vision of Critical Ethnic Studies highlights how systematized oppression is coterminous with the multitude of practices that resist these systems.

The African Literature Association also passed a boycott resolution at its annual meeting in South Africa.  The ALA’s mission statement describes its goals as follows:

The African Literature Association is an independent non-profit professional society open to scholars, teachers and writers from every country. It exists primarily to facilitate the attempts of a world-wide audience to appreciate the efforts of African writers and artists. The organization welcomes the participation of all who produce the object of our study and hopes for a constructive interaction between scholars and artists. The ALA as an organization affirms the primacy of the African peoples in shaping the future of African literature and actively supports the African peoples in their struggle for liberation.

The ALA’s headquarters are at Hobart and William Smith Colleges in Geneva, NY, not far from Cornell.

Hobart previously rejected the academic boycott of Israel as part of a consortium of upstate NY small liberal arts colleges. The ALA’s boycott is discriminatory based on national origin (and arguably, religion), violates Hobart’s own anti-discrimination policies, and New York State anti-discrimination laws.

So I wrote to the President of Hobart, Mark Gearan, on July 22, as follows:

You have recognized that the academic boycott of Israel is a violation of academic freedom. The boycott also explicitly discriminates on the basis of national origin and implicitly on the basis of religion in violation of HWS’ anti-discrimination policies.  The boycott also arguably violates the New York State Human Rights law prohibition of boycotts based on national origin, and exposes HWS to potential Title VII liability.

I am writing about this very soon and would appreciate a response on the following questions:

Please let me know when I can expect a response to this inquiry, as I would like to include it in my article, which may run this morning.

I heard nothing, so I followed up with a second request, asking for a response.

Still nothing as of this writing.

We have seen how the boycott movement on campuses turns ugly, including threats, intimidation and even a Nazi cartoon published by Students for Justice in Palestine at Vassar College.  A faculty leader of the academic boycott movement, Prof. Steven Salaita, even blamed Zionism for the anti-Semitic outbursts we are seeing worldwide.

The academic boycott movement had pretty much burned itself out with the American Studies Association boycott resolution, which was resoundingly rejected by the larger academic community.  Expect the Gaza conflict to be used to try to reinvigorate the academic boycott effort on campuses, as well as more confrontational behavior by student and non-student agitators.

It’s time we hold administrators accountable for enforcing their own anti-discrimination policies when it comes to the discriminatory anti-Israel boycott movement. Pro-Israel and Jewish students are entitled to the same protections as other students. We should demand it.

Update: Jonathan Marks at Commentary writes, Scholars of African Literature Have Eyes Only for Israel.

Wow. THERE’S a nest of scalded vipers, if ever there was!

If you don’t know what the Frankfurt School was/is, you really should.

Like Cloward-Piven, these were/are real people with really evil plans and designs…which we see manifest every day.

I thought it was nice of them to tell us that they are political organizers and not academics. Can we fire them, now?

Especially if by “fire” you mean actual combustion…

Good on you for your efforts to nip this in the bud, Professor. Once a critical mass is reached, it’s too late.

Our daughter is applying for graduate study in Japan.

Refreshing when my wife showed me the majors of study the university offers; it’s one of the top universities in Japan and the fields of study are limited to major disciplines. No feel-good, Mickey Mouse majors available.

Mark Gearan, a college president, will likely do nothing and earn himself an entry into this year’s edition of “Profiles in Putty.”

Are any USA post-secondary schools not being eaten by this rot? Serious question. I would like to know names. Has anyone else tried to make a list?: http://theological-geography.net/?p=4968