“They finally did it: found a Negro Zionist: Uncle Tom is dancin’ for joy!” 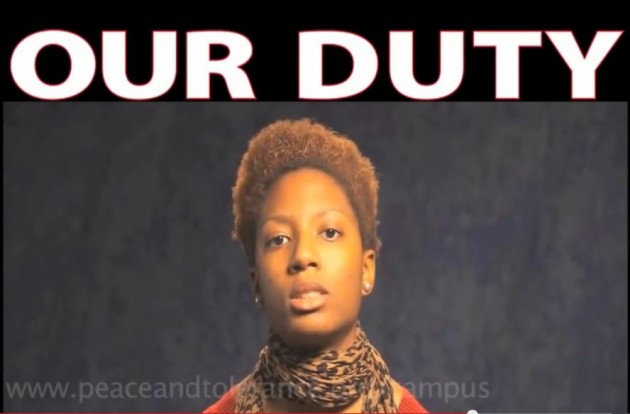 I haven’t paid much attention to Richard Silverstein.  I did once describe him as an “apologist for anti-Israel extremism,” in my post Most pathological #BostonMarathon Tweet.

Nothing I’ve seen since leads me to think that description was wrong.  Others are less charitable, and he is a frequent target of mockery from pro-Israel bloggers, including when he recently accused his local synagogue in San Francisco of outing the date of his child’s Bat Mitzvah for some nefarious purpose; turns out Silverstein himself had tweeted out the date.

Silverstein insists he is not anti-Zionist. He just appears to act like one.

Silverstein sent out a tweet yesterday that is quite astounding in its viciousness.

The tweet was directed at Chloé Simone Valdary, a pro-Israel American Christian who is black. You may remember her from this video we featured in the post BDS is just the same old, same old hate:

Valdary recently wrote a blog post in The Times of Israel, Judith Butler & our will to survive, in which she took the pro-BDS and anti-Israel academic leader to task. Butler is the darling of the BDS movement because she uses her Judaism as a shield against criticism of her vicious rhetoric (as do many Jewish anti-Israel leftists).

Silverstein reacted with racial invective, as quoted in the sub-title of this post.

Here’s someone who has nicer things to say about Valdery’s pro-Israel project:

People like him are permitted to be bigots because they just are more moral than the rest of us, and to differ is to be evil.

What would he say about Marcia Fudge, the head of the Congressional Black Causus, who said that:

“overall, we are very supportive,”

That African-Americans and Israel have;

“a natural and ongoing good relationship. There’s always been a natural kind of a bond based upon our histories. So I don’t think that’s going to change any time soon.”

FWIW, I believe Silverstein disgraces the Seattle area rather than SF.

Most Christian American blacks are pro-Israel.

There are notable exceptions, like the guy who Baracula marinated under for decades, but they are EXCEPTIONS…

“Uncle Ragnar ‏@unclemeat80 12m
Nothing more racist than an old white asshole thinking its ok to tell a black woman how to think. @richards1052 What a fucking douche”.

How ironic that such a vicious creep would use Tikkun Olam as a Twitter handle.

Gee, I wonder if Richard Silverstein has ever read “Uncle Tom’s Cabin”? Somehow, I think not. It’s like the parents of black children who got all up in arms over “Huck Finn.”

“Ugly and repugnant”, yep that describes most hard core liberals that I know.

Silverstein is likely to be more comfortable with Al Sharpton.

Were his mother and maternal grand mother Jewish or Arab? Ricky sure acts more Islamist than Jewish.

Leftists always turn out to be the most racist and antisemitic of people. And it usually comes out in the very way this idiot’s prejudice does: as reaction against minorities who refuse to parrot the leftist party line on some issue, and hatred towards Israel.

They can pump out bile so fast you can’t measure the pressure per square inch, then turn around and march for “tolerance” and “diversity” without batting an eye.

Remember, ‘tolerance’ and ‘diversity’ don’t mean to them what they mean to us. They have their own language. It’s one of the advantages they have; they truly can speak out of both sides of their mouths.

A colloquial interpretation of the libtard position is: “My way or the highway.”