Associated Press chides “archaic and sexist term” “mistress”, announces it will now use “lover” or “companion”

Posted by Kemberlee Kaye on May 15, 2020 56 Comments
The war on language rages on. And then attempt to normalize behaviors and relationships that destroy the family unit gets an assist from the AP.
Read More

Posted by Kemberlee Kaye on September 11, 2018 10 Comments
Parents are claiming a major victory after one of the largest school districts in Colorado acknowledged last Friday it has discontinued purchasing or using any products for students from EBSCO, a company parents claim embeds pornography in its databases marketed for unsuspecting school children across the nation.
Read More 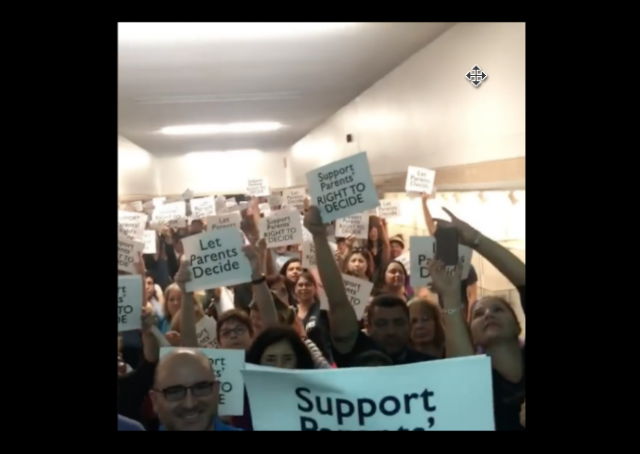 Posted by Kemberlee Kaye on September 10, 2018 25 Comments
California Christians and their beliefs have been targeted by legislative efforts by the Golden State.
Read More

Posted by Kemberlee Kaye on January 17, 2018 25 Comments
Is there a more perfect example of how neo-feminism and the sexual revolution have ruined sex? I don't think so. Before heading out on a date, booty call, or a late-night Netflix and chill, LegalFling allows users to send a sexual consent contract via a phone app.
Read More

Posted by Kemberlee Kaye on December 06, 2017 19 Comments
Up until Wednesday, the Democrat talking points on Franken's many alleged sexual misdoings were: 1) he made a "mistake" and 2) what Franken (allegedly) did was not nearly as bad as other recently unmasked sexual predators. The second may be true, but that doesn't make Franken's alleged actions (see also: allegedly sticking his tongue down a woman's throat without consent) excusable.
Read More 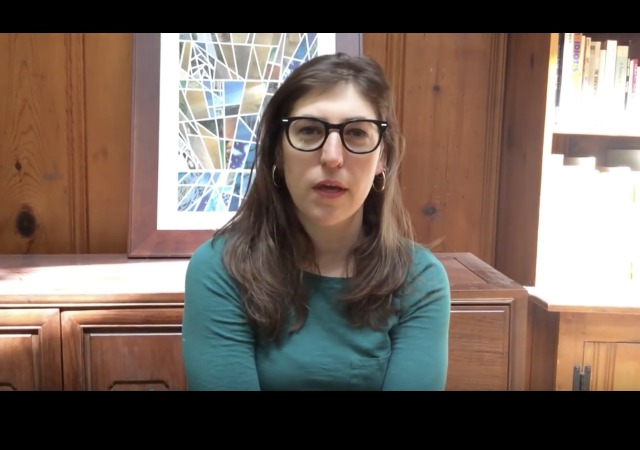 Mayim Bialik and the politics of sexual harassment and personal responsibility

Posted by New Neo on October 23, 2017 43 Comments
Actress Mayim Bialik of "The Big Bang Theory" waded into the Harvey Weinstein scandal by stating that she conducts herself in a manner that is neither immodest nor flirtatious.  Bialik has since felt the wrath of social media for expressing her position on female modesty she notes is rooted in her Jewish heritage and faith. As a result of the backlash to her statements, Bialik has apologized for her statements.

In [a NY Times] op-ed Friday, written [by Bialik] in response to allegations of sexual assault against Hollywood mogul Harvey Weinstein, the observant Jewish actress said she has long made decisions that she considers “self-protecting and wise.” “I have decided that my sexual self is best reserved for private situations with those I am most intimate with,” Bialik wrote. “I dress modestly. I don’t act flirtatiously with men as a policy.”

Sex therapist Kimberly Resnick Anderson claims Trump winning the presidency has led to a widespread loss of libido in the bedroom among her clients. Dubbing it 'The Trump Bedroom Backlash' Resnick Anderson says she has seen it time and again in her office... The certified sex expert told DailyMail.com: 'Since Trump won a common complaint in my office is that women get more easily annoyed when their husbands or boyfriends initiate sex.

Leave it to progressives to ruin sex

Posted by Kemberlee Kaye on July 01, 2015 18 Comments
Nothing is safe from the long, lame arm of the progressive fun police. Not even sex. While the war against sex rages on college campuses, anti-sex forces are preparing for battle on the legal front. By changing existing sex-crime laws, progressives pushing this hogwash seek to make current sexual norms obsolete or worse -- criminal. Elizabeth Nolan Brown writes at Reason:

Forget sex robots, virtual reality porn, and any of the other technological advances feared capable of disrupting current sexual mores. The biggest threat to sex as we know it is the coming revision of U.S. sex-crime laws. For a glimpse into this frightening future, look no further than Judith Shulevitz's latest in The New York Times. Shulevitz chronicles how "affirmative consent" (the principle, often referred to as "yes means yes," that the mere absence of a "no" is not sufficient permission to proceed sexually) has been quietly spreading from California universities to colleges across the country, and could soon mutate out of academia entirely. The American Law Institute (ALI)—a respected body of professors, judges, and lawyers that draft model laws oft adopted in whole by state and federal government—has spent the past three years deliberating over sexual assault statutes (an area it hadn't revisited since 1962). A draft of the group's recommendations, released in May, endorsed "the position that an affirmative expression of consent, either by words or conduct, is always an appropriate prerequisite to sexual intercourse, and that the failure to obtain such consent should be punishable under" criminal law.