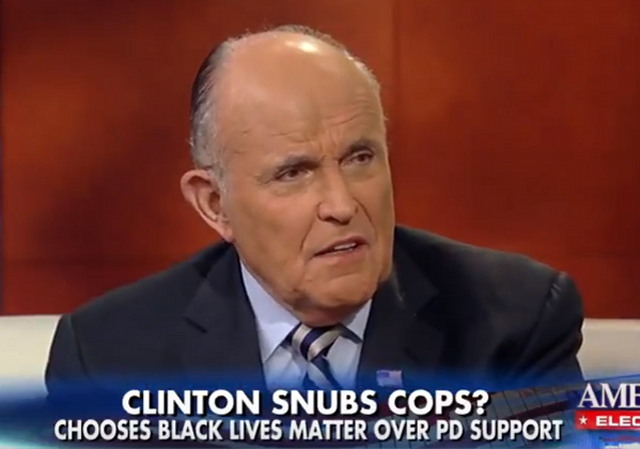 Posted by Mike LaChance on August 09, 2016 86 Comments
It's hard to argue with Rudy Giuliani on this point. Democrats have embraced the Black Lives Matter movement which has an open dislike of police officers. He also points out that Hillary Clinton snubbed the largest police officer union in the country. The FOX News Insider has the details:

Giuliani: 'The Democratic Party Has Become an Anti-Law Enforcement Party' Rudy Giuliani joined the "Fox and Friends Weekend" co-hosts today to react to the revelation that Hillary Clinton has "snubbed" the largest police union in the country. Giuliani said the fact that Clinton isn't seeking the endorsement of the National Fraternal Order of Police is indicative of a shift among Democrats.