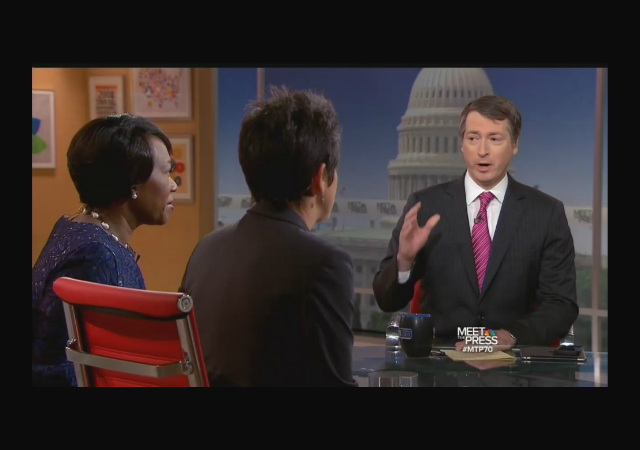 Rich Lowry on Charlottesville: “There was violence on both sides”

Posted by Mark Finkelstein on August 13, 2017 55 Comments
Joy Reid doesn't brook much dissent on her own MSNBC show, regularly shutting down, as here, here and here, conservatives who have the temerity to disagree with her. Fortunately, when Rich Lowry of the National Review took on the Reid this morning, it happened on Meet the Press, where Reid was a fellow panelist rather than host. The topic was the violence between neo-Nazi/white nationalists and Antifa, in which numerous people were injured and one woman killed. President Trump has come under withering media and political attack for a statement condemning violence "on many sides." Lowry made the point that the so-called "anti-fascists" in Charlottesville also engaged in violence, and the violence was not one-sided, as the videos show. Reid refused to admit that there was violence on both sides, claiming "there was certainly not."
Read More 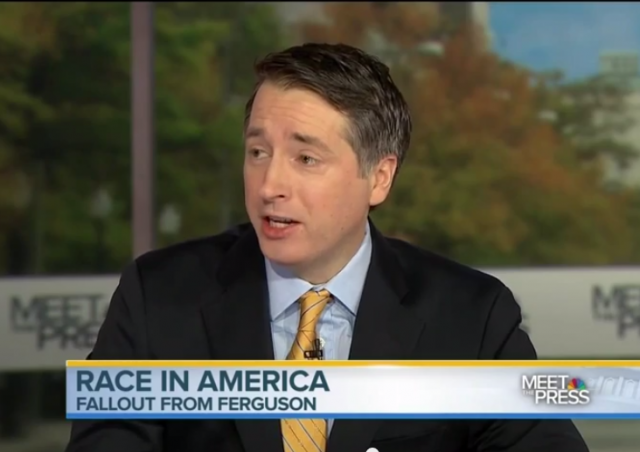 Posted by William A. Jacobson on November 30, 2014 50 Comments
Rich Lowry, Editor of National Review, was on Meet the Press this morning, discussing Ferguson. Here's what I tweeted out at the time:

Here's the video of what was playing just before I sent that tweet, via NRO:

National Review editor Rich Lowry riled up a panel of establishment media talkers Sunday by advising Americans to obey the law and exercise caution with police. “If you look at the most credible evidence [of Michael Brown's death at the hands of a Ferguson, Mo., police officer], the lessons are really basic,” Lowry said during an appearance on Meet the Press. “Don’t rob a convenience store. Don’t fight with a policeman when he stops you and try to take his gun. And when he yells at you to stop, just stop.” Those comments elicited gasp from a panel that included the Washington Post’s Eugene Robinson and MSNBC’s Andrea Mitchell. Mitchell exclaimed “Whoa, whoa” during Lowry’s comments, while Robinson said his recitation of the known facts in the case was an attempt to “relitigate” Brown’s death.