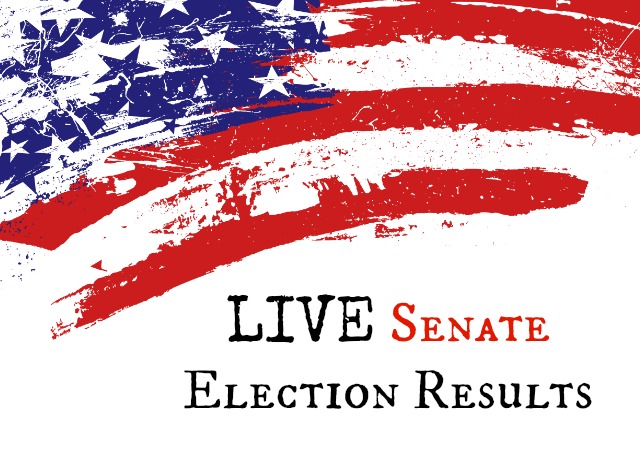 Posted by William A. Jacobson on November 04, 2014 28 Comments
We will be covering the main contested Senate elections (all poll closing times in Eastern time):

By popular demand (WARNING -- Flashing lights) And Yes, for those of you late to the game, we did set off the Fireworks and Music: 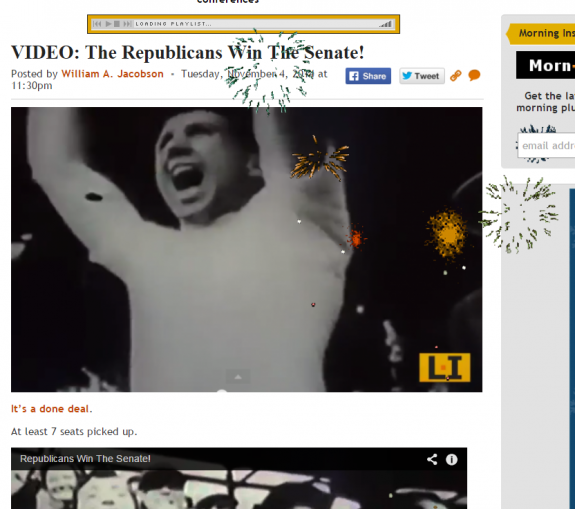 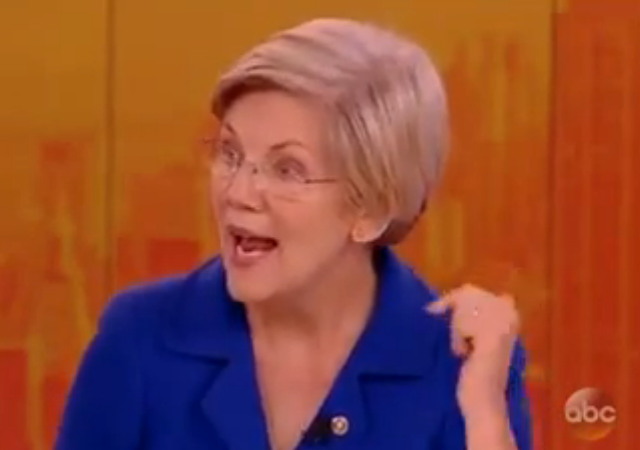 Posted by Mike LaChance on October 29, 2014 10 Comments
Elizabeth Warren appeared on The View on Tuesday and gave ringing endorsement to Jeanne Shaheen for working so hard for the people of... Vermont. From the Washington Free Beacon:

Sen. Elizabeth Warren (D., Mass.) gave an impassioned endorsement of senator Jeanne Shaheen (D., N.H.) on Tuesday’s The View. The only problem was that she forgot which state Shaheen is from. Warren touted Shaheen’s historical significance, but made a crucial slip-up when trying to sell her case to Whoopi Goldberg and Rosie O’Donnell (as if they needed convincing): “The only woman in the history of the United States who has been both a governor and a Senator,” Warren said. “Independent, out there working for the people of Vermont.” Unfortunately, Shaheen is running for re-election in New Hampshire.

Here's the moment on video: You can watch the extended version here. You'll notice Warren doesn't correct herself and neither does anyone else. Aaron Blake of the Washington Post is seeing a pattern:
Read More 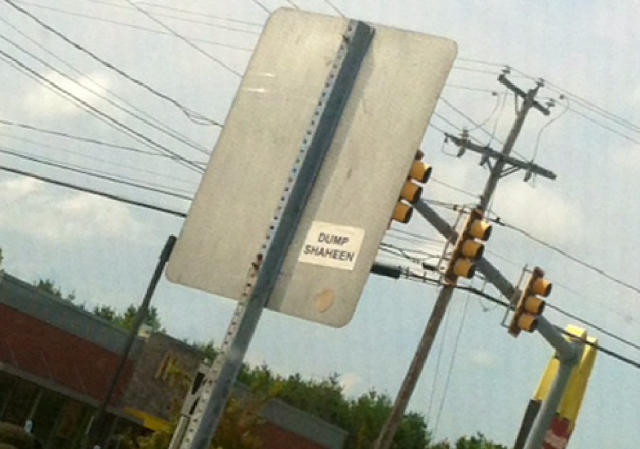 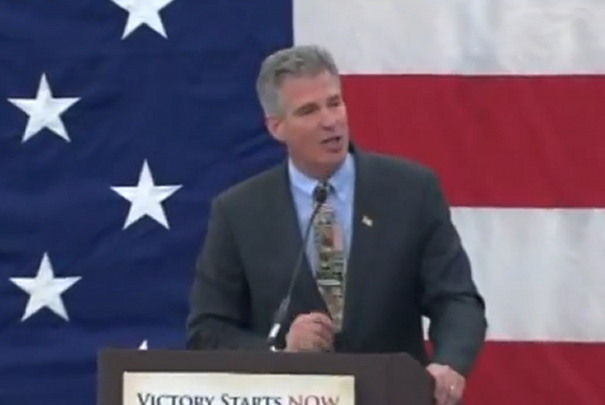 Posted by Mike LaChance on May 04, 2014 5 Comments
The senate race between Democratic incumbent Jeanne Shaheen and Republican challenger Scott Brown is going to be a pricey one. Some are even speculating that it could set records. Chris Cassidy of the Boston Herald reports...

Scott Brown-Jeanne Shaheen N.H. race costs may set record The heavyweight U.S. Senate showdown between Jeanne Shaheen and Scott Brown — already off to a fast and snippy start with both sides accusing each other of breaking federal elections laws — could shatter records for campaign spending and even top the amount racked up by GOP presidential primary hopefuls in the Granite State two years ago. “It wouldn’t shock me if it topped $50 million,” said Dante Scala, a campaign finance expert at the University of New Hampshire. “I suspect the spending on the Senate race will dwarf the New Hampshire Republican primary spending in the 2012 presidential primary. ... In all likelihood this would set a record.” Spending during Shaheen’s last U.S. Senate race against John Sununu in 2008 hit about $37 million, Scala said. Even by his most conservative estimate, Scala expects to see $45 million in spending — $20 million combined by both campaigns and $25 million by super PACs and other outside groups. All this in a state with just 1.3 million people and less than 800,000 registered voters.

The stakes are high and both sides know it. In addition to hitting her support for Obamacare, Brown is taking Shaheen to task for the Keystone pipeline. Brown published the following letter in the New Hampshire Union Leader... 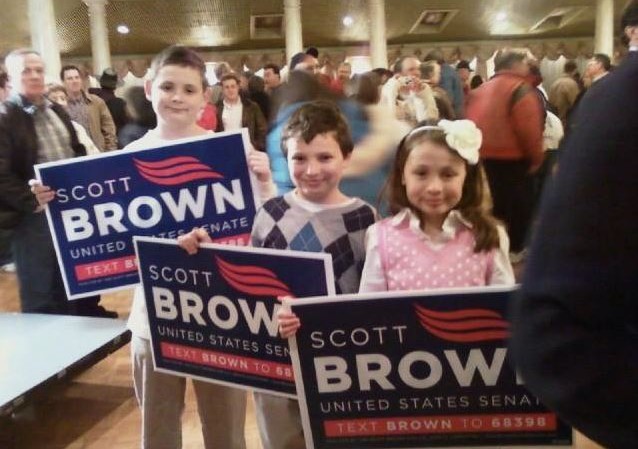 Posted by William A. Jacobson on March 14, 2014 14 Comments
Much speculation today, apparently confirmed by Fox News:

Fox News has confirmed that former senator Scott Brown (R-Mass.) has told the network that he will file an exploratory committee for the New Hampshire Senate race. His contract with the network has been canceled, as is standard practice for candidates for office. “Scott Brown’s contributor agreement was officially terminated today once he notified Fox News of his intention to form an exploratory committee to run for U.S. Senate in New Hampshire," Fox News executive vice president of programming Bill Shine said.

Is it for real, or just exploratory?

Several people involved in the discussions about Brown's future said some in the GOP establishment remain skeptical, given the former Republican senator's recent track record. Brown, 54, angered Massachusetts Republicans last year after indicating he would run in the state's special U.S. Senate election, only to change his mind late in the process. "He's been reaching out to opinion leaders, to grass-roots activists, getting a sense of, `Would you be supporting a Scott Brown campaign?"' said former New Hampshire Rep. Frank Guinta, who is running again for Congress and was included in Brown's outreach efforts. "That, to me, says he's serious. But I think only Scott Brown knows if Scott Brown is going to run."

If Brown runs, I don't know if we'll cover the race the way we did in 2010, when we were the first and almost the only one giving him a chance against Martha Coakley, and we turned the blog "all Scott Brown, all the time" as the rest of the internet caught on. Our election night coverage and celebration was epic. And then we said Bye-Bye Brown as his Senate performance and positions disappointed. Only to get sucked back into the 2012 campaign against Warren when her fake Indian status surfaced. We ended up driving many of the issues in that race, although I don't think there was anything that was going to stop Massachusetts from electing Warren, not even had she driven drunk and left a girl to die like the namesake of the Kennedy Seat. Jim Geraghty has early analysis of the race against Jeanne Shaheen. So if Brown runs in NH, what does it mean for Legal Insurrection? Resist we much. Update: It's official official --
Read More
DONATE