Posted by Amy Miller on July 03, 2015 13 Comments
Greece is in trouble, and it's going to take a lot more than a short-term fix to repair what anti-austerity measures broke. The IMF released new numbers this week showing that it will take Greece three years and 50 billion euros just to stabilize its volatile and quickly failing economy. The organization also downgraded Greece's projected economic growth from 2.5% to 0%, and renewed its call for Greece to agree to an extended debt repayment plan coupled with lower interest rates. From the BBC:
Read More 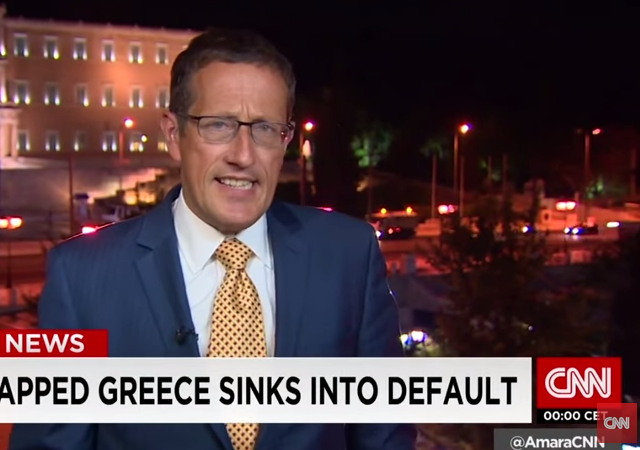 Posted by Mike LaChance on July 01, 2015 7 Comments
What was once considered unthinkable has now happened. Having missed the June 30th deadline for payment on its debt, the country of Greece has effectively defaulted. This is going to have a considerable effect on the economy of the European Union, which Greece might now leave. It's likely that this situation will get worse before it gets better. First, the basic facts. Michael Birnbaum of the Washington Post:

Greece fails to make key IMF debt payment Greece lost its financial lifelines Tuesday, as the country missed a crucial payment to the International Monetary Fund amid growing questions about whether it would be able to remain in the euro zone. Greek leaders had made a last-ditch attempt to come up with the necessary cash, asking European countries for a new bailout hours before its last ones were set to expire, but E.U. finance ministers rejected the request as unrealistic. The missed payment, confirmed by the IMF, was a landmark moment in Europe’s five-year battle to preserve its common currency. The E.U. finance chiefs were set to reconvene Wednesday as Greece’s cash dwindles and its banks remain closed. The ministers’ decision to hold firm was a sign that they believed they had successfully put in place the defenses­ against instability in Europe if a country left the euro zone. But as Greece became the first developed nation to miss a payment to the IMF, E.U. leaders were confronting the prospect of a European country plunging into intense financial misery as it was forced to abandon the currency.

In the coming days, you're going to hear some quibbling about whether or not this was a default.
Read More

Greece on the Brink

Posted by Amy Miller on June 29, 2015 29 Comments
There are financial crises, and then there are financial crises. Greece is smack in the middle of the latter. Today Greek officials instituted drastic controls over the country's financial institutions, making it difficult (if not impossible) for citizens to access money locked down in bank accounts. Officials have limited cash withdrawals to just 67 USD per day, a move that is causing panic amongst those who either live paycheck to paycheck, or who rely solely on the use of cash to make ends meet.

The sense of unease was evident in the number of pensioners lining up at bank branches hoping they might open. Many elderly Greeks don't have ATM cards and make cash withdrawals in person, and so found themselves completely cut off from their money. "I came here at 4 a.m. because I have to get my pension," said 74-year-old Anastasios Gevelidis, one of about 100 retirees waiting outside the main branch of the National Bank of Greece in the country's second-largest city of Thessaloniki. "I don't have a card. I don't know what's going on. We don't even have enough money to buy bread," he said.

And here I thought relying on cash instead of the almighty plastic was a safe bet.
Read More 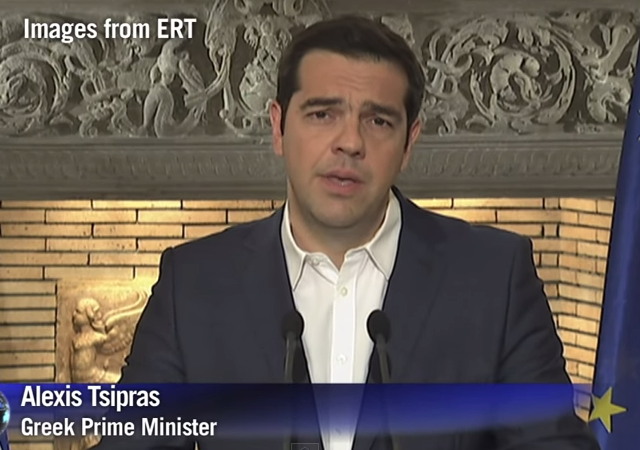 Posted by Mike LaChance on June 27, 2015 10 Comments
Greece and the Eurozone have been unable to reach an agreement ahead of a bailout deadline which quickly approaches on June 30th. If negotiations fail, Greece could leave the European Union and ultimately face economic collapse. The situation is already causing a dash for cash in the debt strapped country. Bloomberg reports:

Greeks Line Up at Banks and Drain ATMs as Tsipras Calls Vote Some Greek banks were beginning to limit cash transactions as hundreds of people lined up outside branches and drained cash machines after Prime Minister Alexis Tsipras called a referendum that could decide his country’s fate in the euro. Two senior Greek retail bank executives said as many as 500 of the country’s more than 7,000 ATMs had run out of cash as of Saturday morning, and that some lenders may not be able to open on Monday unless there was an emergency liquidity injection from the Bank of Greece. A central bank spokesman said it was making efforts to supply money to the system. 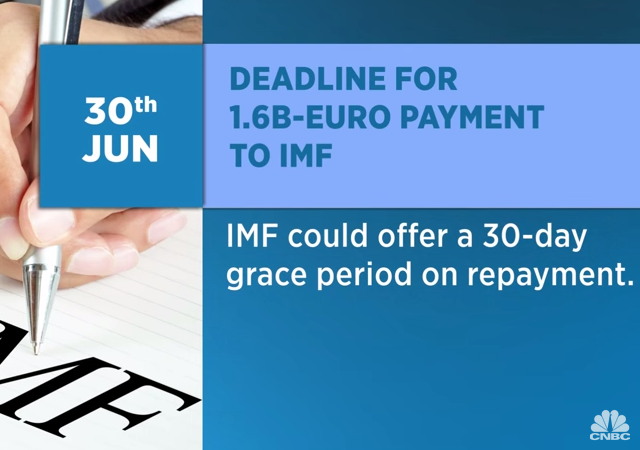 Posted by Mike LaChance on June 21, 2015 18 Comments
The new left-wing leaders in Greece have done little to stem the country's growing financial crisis and even members of the Obama administration are now urging them to act. NBC News reports:

Greece Debt Crisis: U.S. Warns Athens to Reach Deal or Face 'Decline' ATHENS, Greece — The United States turned up the heat on the Greek government over its debt crisis Saturday, urging it to reach a deal with creditors as wearied citizens braced for a national default. Treasury Secretary Jack Lew said in an interview that the government in Athens should make tough fiscal decisions or risk devastating both the country's economy and people. "I think we're at a moment now where the burden is on Greece to come back with a response that's the basis for reaching an agreement as quickly as possible," he said in an episode of CNN's "Fareed Zakaria GPS" program that will air on Sunday, according to a transcript provided to Reuters. "It's clear that within Greece, the consequence of a failure here would mean a terrible, terrible decline in their economic performance," he said. "It will hurt the Greek people. They will bear the first brunt of a failure here."

Questions I Never Want My Children To Ask

Intergenerational warfare is breaking out in Greece as youth blame their elders for the economic mess, resulting from decades of welfare-state policies, that has left Greece bankrupt.I wonder whether the questions being asked by the youth of Greece are the same questions our children and...

Stifling taxes and a large government bureaucracy really work:The violent unrest that followed the shooting of a 15-year-old boy has driven Greece to the brink of a political crisis. The rioting marks an explosion of rage by the country's young people who have few prospects...

I went to Greece on vacation to escape the hard times here in the U.S. of A. It wasn't much fun, all I got was this lousy ...