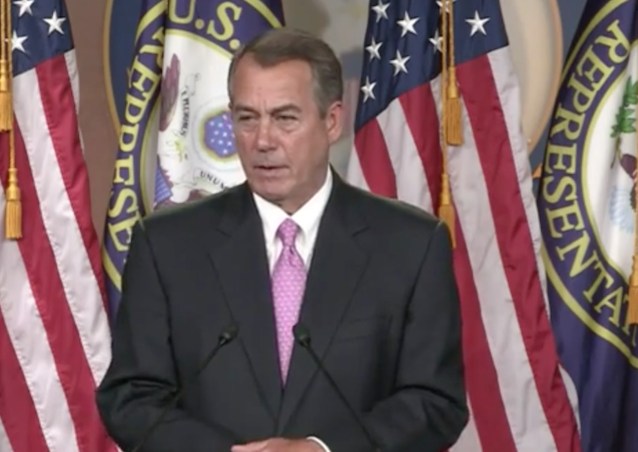 Posted by Kemberlee Kaye on October 27, 2015 49 Comments
The air is crisp, the leaves are donning their autumnal dress, and the Hill is bracing for it's annual budget fight. According to Speaker Boehner, "there's no reason to vote against it."
Read More 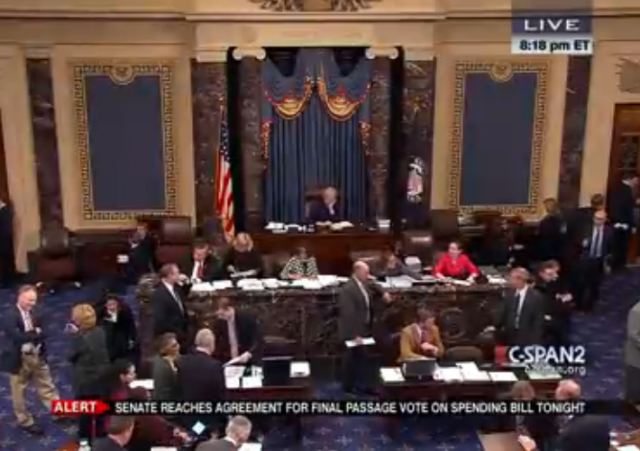 Posted by William A. Jacobson on December 13, 2014 8 Comments
The Senate passed the CRomnibus bill 56-40, and also defeated a Ted Cruz constitutional point of order based on Obama's amnesty executive action, with significant numbers of Republican Senators sided with Obama.

Here's how it went down:
Read More 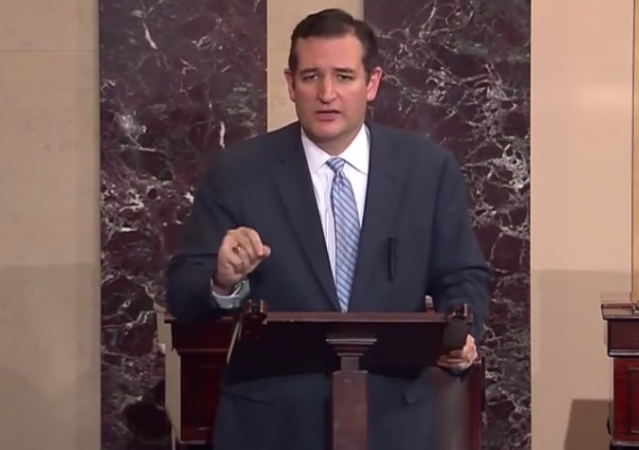 Posted by William A. Jacobson on December 13, 2014 14 Comments
The differing treatment of Ted Cruz and Elizabeth Warren pretty much sums up the state of implicit media bias. Compare these two headlines from The Hill regarding Warren's attempt to cajole the House into defeating the CRomnibus, with Ted Cruz's similar effort in the Senate. Warren made "her mark" and raised her presidential prospects: 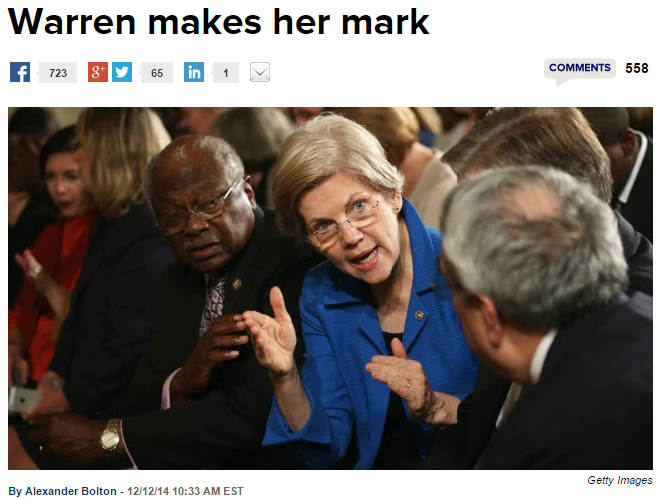 Sen. Elizabeth Warren’s crusade against the $1.1 trillion spending bill backed by the White House firmly establishes the Massachusetts populist as a powerful player in Washington. The freshman Democrat took on President Obama and her party’s leadership, and appeared to inspire an uprising in the House.... Peter Ubertaccio, a political science professor at Stonehill College in Massachusetts, who follows Warren’s career, said that this week, Warren demonstrated a better feel for the sentiments of her party than her leadership. “If she’s able to succeed in the Senate at the expense of her own leadership team — the team that she’s on — it will have the practical impact of moving the center of power away from folks like Schumer and toward her,” he said. “That’s pretty significant for a freshman senator that’s been brought into the leadership. It could also reverberate in the 2016 presidential race, which liberal Democrats are dying for Warren to enter as a rival to former Secretary of State Hillary Clinton.

As for Cruz, according to the same author of the Warren post he's just the same old obstructionist firebrand he's always been:
Read More 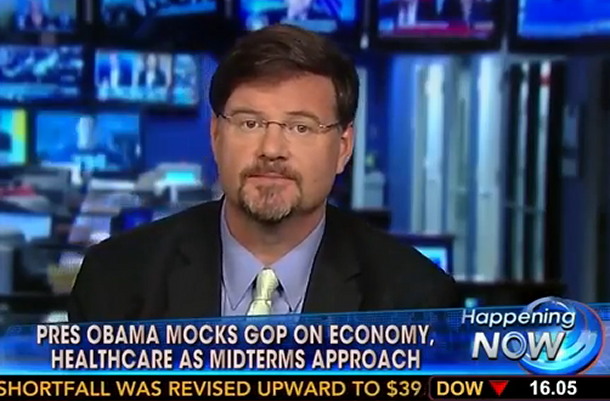 Yesterday on FOX News, Jonah Goldberg of National Review pointed out that Obama has no political interest in working with Republicans on a budget. Obama has reduced the issue to elementary school taunts by calling the House Republican budget a meanwich and stinkburger. Jonah Goldberg hilariously points...

Representative Paul Ryan of Wisconsin has a reputation for being a fiscal conservative. His new budget proposal serves as further evidence of his dedication to responsibility with our nation's finances. Russell Berman and Bernie Becker of The Hill reported yesterday...