“Of course Fauci is in the lead for government officials doing dumb or evil things – but he’s far from the only one.” 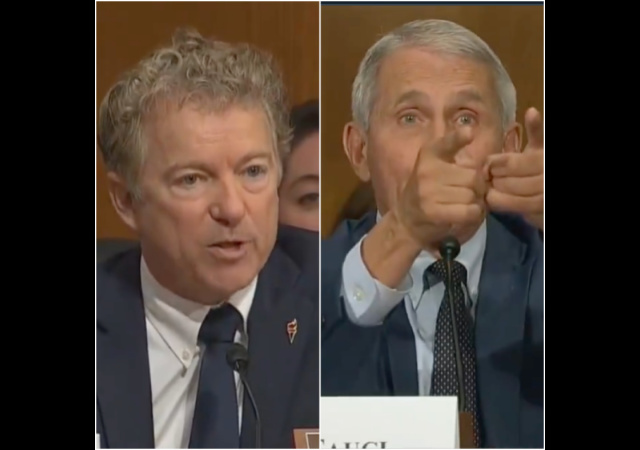 December 23rd is Festivus, a day to air your grievances! It’s a great day.

On Twitter, Paul said he could devote a whole bunch to Fauci.

I would air my grievance at Fauci again but I am trying to be festive – and also I’m trying to get home for Christmas. If I listed all of the things Fauci was wrong on…wow that guy is wrong a LOT.

They even made a movie about it. pic.twitter.com/2az7JItc1H

Of course Fauci is in the lead for government officials doing dumb or evil things – but he’s far from the only one.

Look at the last item. 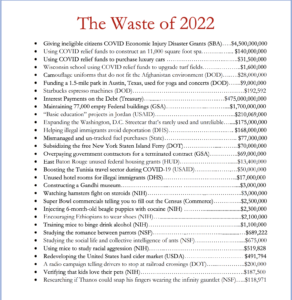 The National Science Foundation gave Georgia Tech researchers $118,971 to see “if a real-life Thanos could actually snap his fingers while wearing the Infinity Gauntlet.”

In the movie, Thanos sports an “Infinity Gauntlet,” which gives the wearer extraordinary powers merely by snapping one’s fingers. Inspired by the film, researchers at Georgia Tech convinced grant reviewers at the National Science Foundation (superhero fans themselves, one assumes) to give them $118,971 to study if a real-life Thanos could actually snap his fingers while wearing the Infinity Gauntlet.

The study ultimately determined wearing metal gloves while attempting to snap does not generate enough friction between one’s fingers to successfully create a snap. In their own words, “[o]ur results suggest that Thanos could not have snapped because of his metal armored fingers. So, it’s probably the Hollywood special effects, rather than actual physics, at play!”

“Watching hamsters fight on steroids — $3,000,000”
I’m almost positive you can do that for free on YouTube.

If we had real accountability, not black ops this would be an issue.

I hope my fellow LI-ers are keeping safe.

Here in the sunny S., we bottomed out at 15 last night.

Our high where I am in Nebraska was -6 yesterday. With the wind it felt much colder. Today we are having a heat wave and have gotten above zero 😉

Waking up to +3 deg. this morning here in Central N.Y. Thank Gaia yesterday’s nasty winds have slowed. Not that much snow in our area but it sure is drifted; someone should get out there and shovel it sometime.

That the state of Kentucky can provide the Senate with both Rand Paul and Mitch McConnell is the political mystery of our time.

I’m uncomfortable with research described by cherry-picked parts of it: It’s not like there’s a lack of stupid spending targets. Here’s three:

I’m not a fan of the first one, but in the same order…

— Calibrating stress responses and side-effects of hormonal responses to stress.

Bridges to nowhere are a different kind of fair game.

The true tell on what to expect in 2023 and going forward after passing the recent Omnibus appropriations bill of $1.6 Trillion Dollars knowingly that in 2022 we paid with our tax dollars $475,000,000,000. in interest on current debt.
Can only fathom what the interest will be on the under funded Trillion Dollar appropriations bill on the line for Current Interest Paid on Outstanding Debt. This is a vote made during a time American families are already having to use credit cards to live month to month and pay 24%-28% interest on forwarding outstanding balances every month. Both a loser in the long run ending with filed bankruptcies.