Yet Another Woman Accuses Al Franken of Groping

Posted by Kemberlee Kaye on September 30, 2019 20 Comments
It's been almost two years since Democrats sacrificed Al Franken on the #metoo altar resulting in his unwilling resignation from the Senate.
Read More

Posted by Stacey Matthews on July 23, 2019 22 Comments
New Yorker Magazine is nothing if not consistently inconsistent. In the fall of 2018, writer Jane Mayer and co-writer Ronan Farrow wrote a hit piece for the magazine on Supreme Court nominee Brett Kavanaugh that was disguised as investigative journalism. The article detailed an allegation of sexual misconduct made by Deborah Ramirez, who was a classmate of Kavanaugh's at Yale in the early 1980s.
Read More 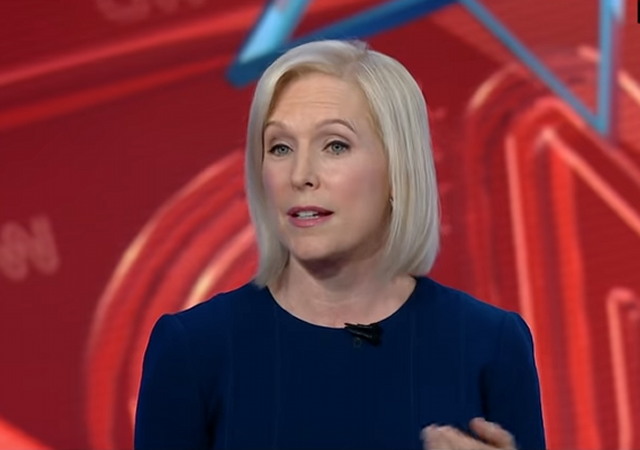 Posted by Mike LaChance on April 17, 2019 12 Comments
As far back as November, people have predicted that Sen. Kirsten Gillibrand's (D-NY) role in the resignation of former Senator Al Franken would hurt her prospects for 2020. It looks like it's coming true.
Read More 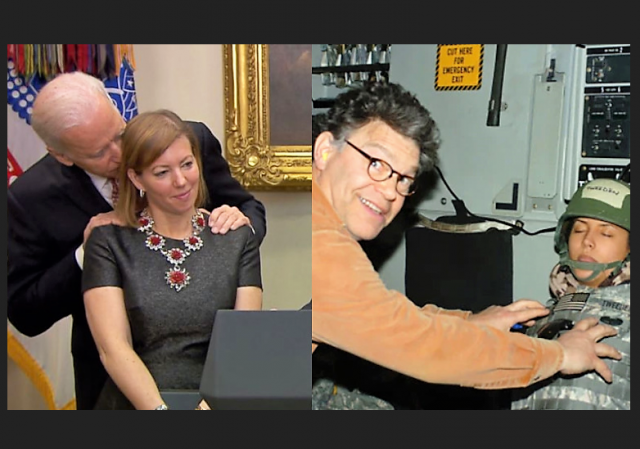 Posted by William A. Jacobson on March 31, 2019 25 Comments
Joe Biden's proclivity for being handsy with and nuzzling women in creepy ways has been well known for years. He didn't hide it, he did it in front of the cameras, and Democrats just wrote it off as Creepy Uncle Joe being Creepy Uncle Joe again.
Read More 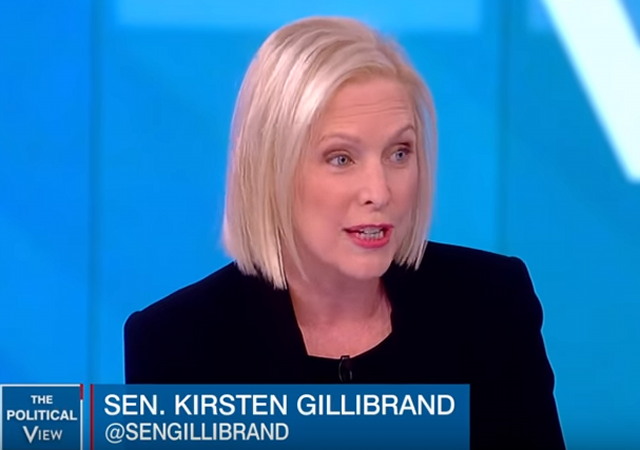 Posted by Mike LaChance on November 27, 2018 23 Comments
New York Democrat Senator Kirsten Gillibrand has already made it clear that she intends to run for president in 2020. In an ultimate twist of irony, her enthusiasm for #MeToo may be her undoing. She is already having a problem with Democrat donors for supporting Al Franken's resignation last year.
Read More

Left Tries to Figure Out How to Bring Back Al Franken

Posted by Mike LaChance on September 11, 2018 36 Comments
Some people on the left are starting to regret forcing Al Franken to resign his Senate seat last year. They're trying to find a way to rehabilitate his image but the #MeToo movement has them caught in a catch 22.
Read More

"I'm just too upset and discouraged by the way they did this"...

"None of them responded to multiple emailed queries"...

Posted by William A. Jacobson on December 20, 2017 18 Comments
Just breaking, Al Franken's office has announced that his previously announced resignation will be effective January 2, 2018. The snowball started rolling downhill for Franken when he was accused of groping and non-consensually tongue-kissing a woman on USO tour, as detailed in our post News Anchor accuses Al Franken of non-consensual kissing, groping in 2006. The photo of the grope went viral, and will be the lasting image of Franken.
Read More

Posted by Mary Chastain on December 18, 2017 33 Comments
Anyone else saw this coming? Yeah, me too. After a seventh female accused Sen. Al Franken (D-MN) of sexual misconduct, Democrat senators finally called for him to resign. The number skyrocketed after word got out that he would resign. On December 7, Sen. Al Franken (D-MN) announced he would resign from the Senate after numerous females accused him of sexual misconduct. He didn't give an exact date, just said in the coming weeks. Now four senators have urged Franken to reconsider, including some who called for him to step down.
Read More 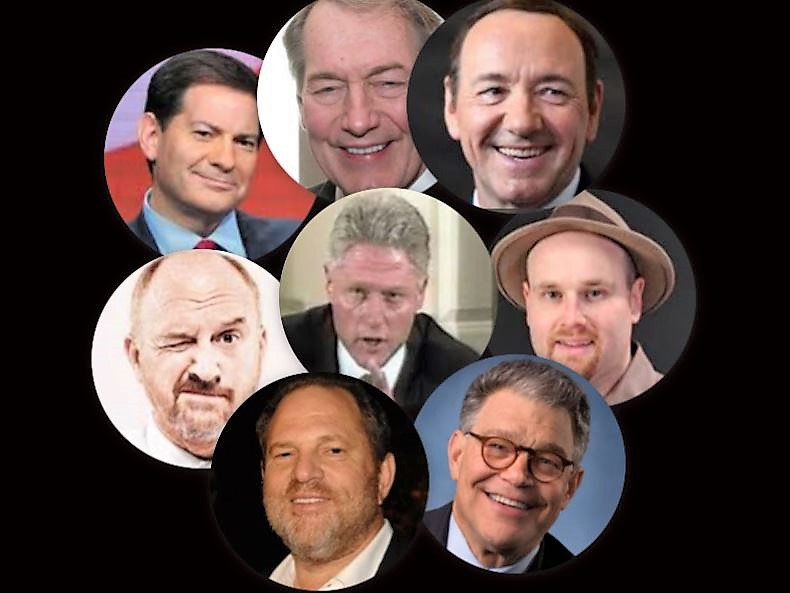 #MeToo Is Going Too Far

Posted by Fuzzy Slippers on December 17, 2017 40 Comments
We're witnessing a perfect storm of sorts as various elements of leftist policy and ideology converge into an historical moment in which being accused of sexual harassment/abuse means being guilty.  Being guilty, in turn, means the immediate loss of one's career, one's reputation, and one's livelihood. The accused is not able to confront his accusers, or even know their names, nor does he know, in many cases, that an allegation has been made or an investigation underway.  He finds out when he is fired from his job, dragged through the mud, and is, what we'd say in any other circumstance, victimized. There's a problem here, one that we on the right may not be as willing to see because the majority of the people being taken down (so far) are unsavory persons populating socio-political worlds—Hollywood, politics, the media—in which we are "the deplorables."  It's not hard to feel vindicated in some cases and Schadenfreude in others.
Read More 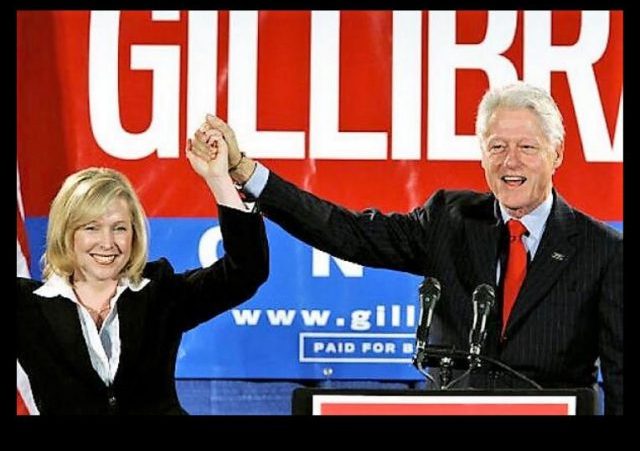 Posted by William A. Jacobson on December 15, 2017 27 Comments
New York Senator Kirsten Gillibrand is making a lot of enemies in the Democratic Party these days. Having clung to Bill and Hillary Clinton like a cheap suit her entire political career, Gillibrand turned on Bill when it became inconvenient in the current #MeToo climate to continue worshipping him, as I wrote in Sen. Kirsten Gillibrand disavows Bill Clinton now that he can’t help her anymore. Clintonworld was not amused with that backstabbing opportunism.
Read More

Posted by William A. Jacobson on December 08, 2017 44 Comments
The speed with which Democrat Senators turned on Al Franken was startling. After the first few allegations of groping, including the infamous breast-squeezing photo, Democrats mostly shrugged their shoulders. It was uncomfortable for Democrats, but not fatal. There were few calls for Franken to resign from his fellow Democrat Senators. After all, it's hard to claim zero tolerance for sexual harassment and assault when Ted Kennedy and Bill Clinton are the two modern icons of the Democratic Party.
Read More

Posted by Kemberlee Kaye on December 07, 2017 36 Comments
Sen. Al Franken is scheduled to give a speech this morning at 11:45 ET from the Senate floor. He's expected to resign from his office. The allegations of sexual misconduct continue to pile up with no end in sight.
Read More
DONATE