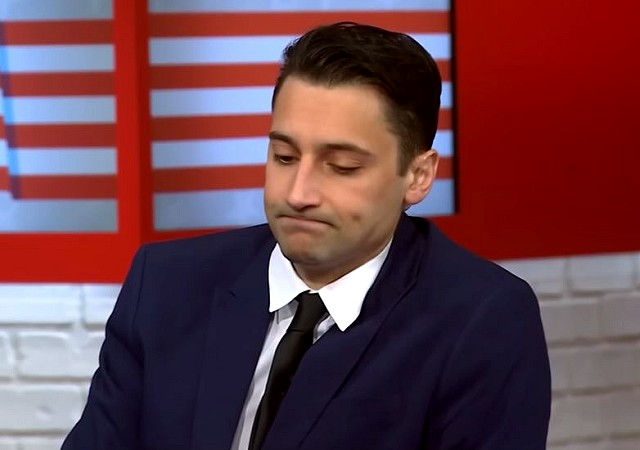 Between the latest Twitter Files release and CEO Elon Musk suspending several mainstream media reporters Thursday on grounds they were allegedly trying to do end-runs around Twitter’s policy on the sharing of personal information, there have been no dull moments on the social media platform this week as Musk continues to make substantive changes that are triggering The Usual Suspects.

In an unexpected but related development, NBC News has suspended one of their own reporters as well.

Ben Collins, who is described on the NBC News website as a “disinformation” and “extremism” reporter, was reportedly told by the higher-ups that he can’t do any on-air reporting about Musk in the near future:

NBC News had already benched one of the journalists who has reported on Twitter and been harshly critical of Musk. NBC News temporarily suspended tech reporter Ben Collins from covering Musk on NBC and MSNBC airwaves.

According to two sources, the network told Collins earlier this month that his criticism of Musk, which included comments about how the billionaire was purposefully trying to destroy Twitter, was not editorially appropriate. Collins continued to tweet his reporting about Twitter last night about the social network’s ban of journalists.

The New York Post also reported a source as saying Collins had been repeatedly warned about how he covered Musk:

A source close to the situation told The Post that Collins, who has more than 380,000 Twitter followers, was repeatedly warned by management at NBC News over opinionated tweets about Musk.

The source said Collins was reminded of the company’s journalistic guidelines that bar reporters from expressing their personal views on topics they are assigned to cover.

Collins, for those unfamiliar with his work, is like the NBC News/MSNBC version of Brian Stelter, except worse. Nowhere in Collins’ bio does it say his coverage should be solely limited to alleged right-wing “disinformation,” and yet that’s all he talks about, complete with all the dire warnings about impending doom if Something Is Not Done. Worse, he’s one of the many so-called “journalists” on the platform who believes Big Tech should actually be doing more to censor conservative and other voices for WrongSpeak.

As evidence, watch the below clip where Collins seemed like he was about to cry over a post Musk tweeted and deleted about the assault of House Speaker Nancy Pelosi’s husband Paul Pelosi. Toward the end of the clip, Collins declared that though he was no expert on “authoritarian history” he was smart enough to recognize the signs.

“This is how it gets really bad. This is the start of something that gets really, really bad,” Collins proclaimed in October about Musk allegedly taking “the guardrails off the truth” with his stated commitment to free speech and open dialogue:

Who remembers when Ben Collins was on the verge of tearing up over @ElonMusk’s tweets?

Suffice it to say that no tears were shed in conservative circles over the news of Collins’ reported suspension, though many including yours truly wondered why it took NBC News so long to figure out that Collins was a partisan hack:

Ben Collins doesn’t “cover” anything. He’s an activist pushing a narrative under the guise of journalism. Nothing more. https://t.co/igkKT2XVjW

That’s a strange line in the sand for NBC to draw. Ben Collins has always been a shrill, partisan, misinformation-spewing hack. https://t.co/xIxT4Uqta2

Watching Ben Collins destroy what’s left of his career for the short term dopamine rush of a Taylor Lorenz retweets is so incredibly fascinating. https://t.co/Mnr85Exh7S

It’s been a bad last couple of months for NBC News between this, the controversy surrounding their unexplained suspension of reporter Miguel Almaguer for sharing information from his sources that didn’t match up with what the SFPD originally stated about the Paul Pelosi story, and them stealth editing a story on Joe Biden’s prisoner swap deal to make it sound like what the White House said about Biden supposedly being given no choice by the Kremlin but to pick WNBA player Brittney Griner over retired Marine Paul Whelan.

As for Collins, at last check he was on the Twitter machine but was mainly retweeting others who share his decidedly negative opinion about Elon Musk—because I guess in Collins’ view as long as he shares what others have written about Musk but abstains about writing about him himself then he’s technically not breaking any of NBC News’ rules.

“Collins declared that though he was no expert on “authoritarian history” he was smart enough to recognize the signs.”

Seems odd to critique him for declaring he’s no expert, then immediately demonstrating exactly that. Truth In Advertising(tm) I would say. A welcome exception to the usual fare.

“No expert” — I can help with that. If Not-Phil-of-Genesis, there, wants to become an expert start with Eric Hoffer’s The True Believer. Follow the named events and sources to index into more concrete facts on the ground.

If he just enjoys shooting his mouth of under cover of: “Hey, I’m no expert.”, well, I used to buy The National Enquirer occasionally for the stories of the Feral Vampire-bat Monkey Boy, or whatever. I’m willing to enjoy this Monkey-Boy’s antics, in a similar way, BUT tell me it’s a circus show, and I’ll bring popcorn.

That moment when even liberals openly call you a hack.

I got a good laught out of that. Everyone of their reporters are biased, but they selected one to be the sacrificial lamb to show they won’t put up with this shit.

You can’t train a Democrat. They are delusional, idiotically believe they are smart and are simply malicious. This guy simply is more intensely hateful than the pack at NBC.

“Ben Collins, who is described on the NBC News website as a “disinformation” and “extremism” reporter”

So for a while he’ll be unavailable to provide disinformation and extremism to us?

I really think that Ben Collins has been treated poorly. If a guy can’t vent his LGBTQ+ hysteria on NBC News, then the journalistic world has surely lost its way. Heads should roll at NBC!

Probably already has a Pierre Delecto account that he’s “retweeting”