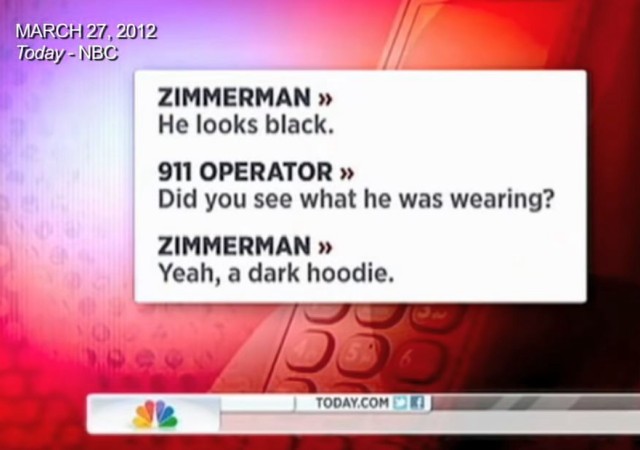 An NBC News editor and reporter were fired in 2012 for doing the same thing the New York Times just did in a ten-year anniversary opinion piece on the shooting death of Trayvon Martin: Editing Zimmerman's 911 to make it sound like he brought up... 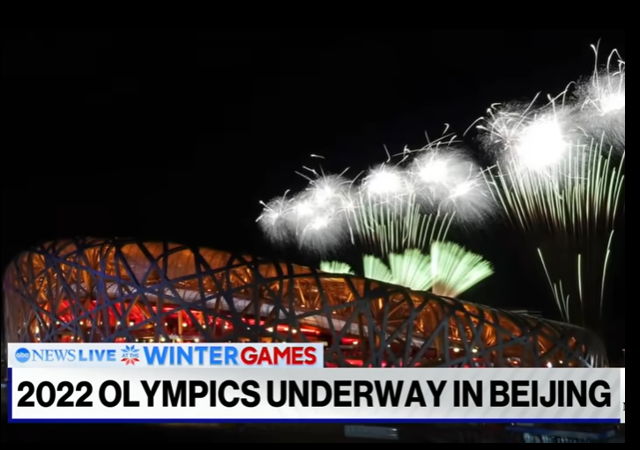 So many reasons for the fail.... 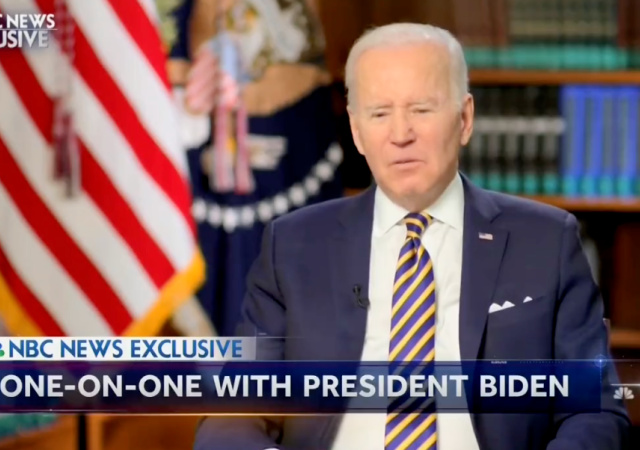 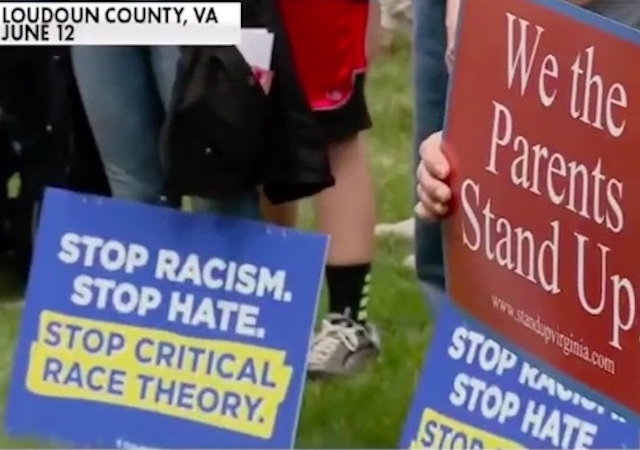 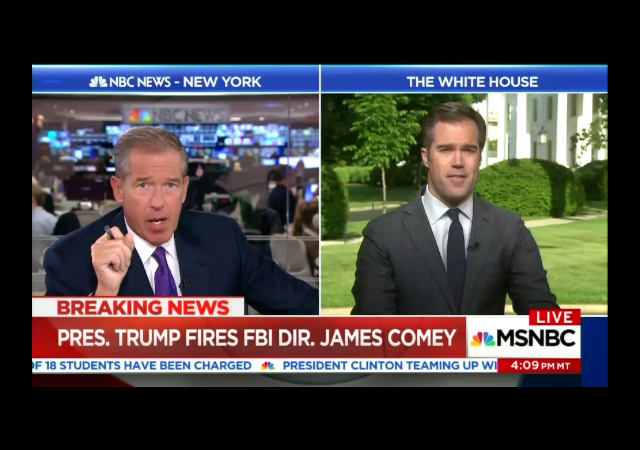 "His farewell comes amid significant ratings woes for the liberal network after his show 'The 11th Hour with Brian Williams'... 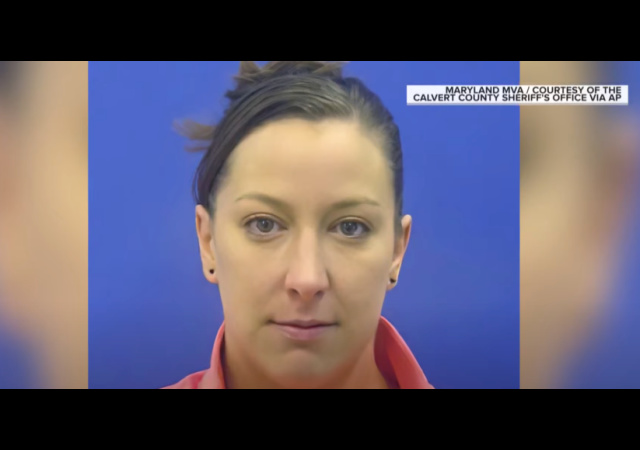 The Capitol Police exonerated the cop three days ago. They found his "actions were within department policy."... 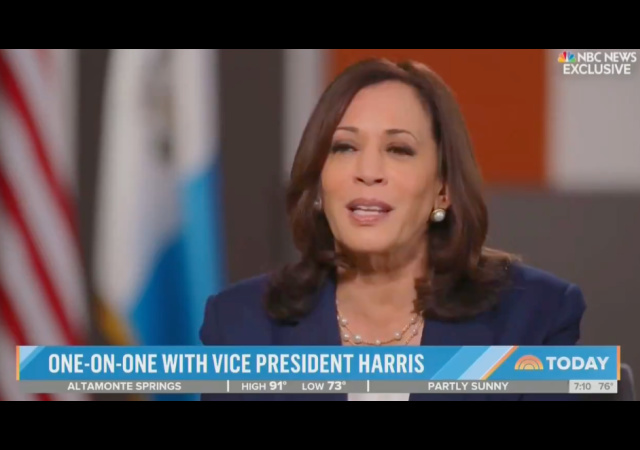 If she says border one more time I will scream.... 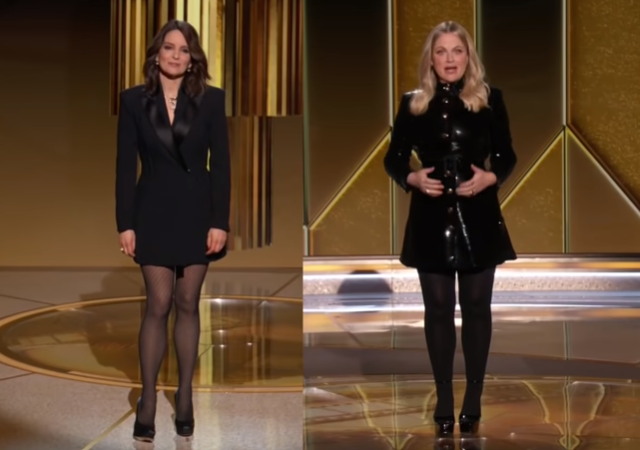 Posted by Mike LaChance on May 11, 2021 23 Comments
The ratings for Hollywood awards shows are down across the board. It seems like the only people who are still watching are folks who work in the industry and entertainment reporters. Yet NBC is claiming that they won't carry the Golden Globe Awards next year because of its lack of a commitment to diversity. Right.
Read More 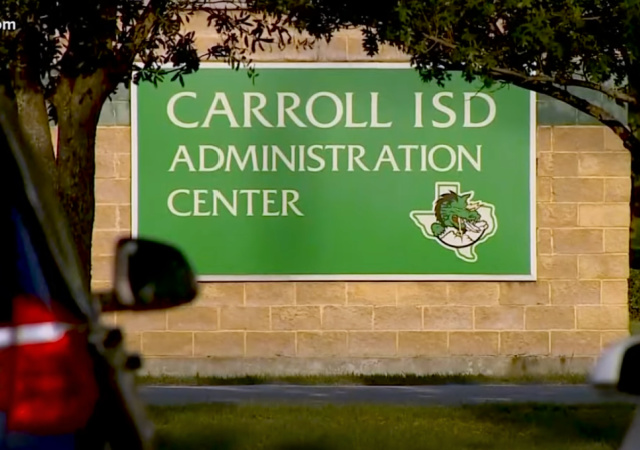 Posted by Mary Chastain on May 03, 2021 22 Comments
Two candidates who oppose racist Critical Race Theory (CRT) won spots on the Carroll Independent School District (CISD) school board in Southlake, Texas, the state's top school district. The mainstream media describes them as racist, but the two people won with 70% of the vote.
Read More 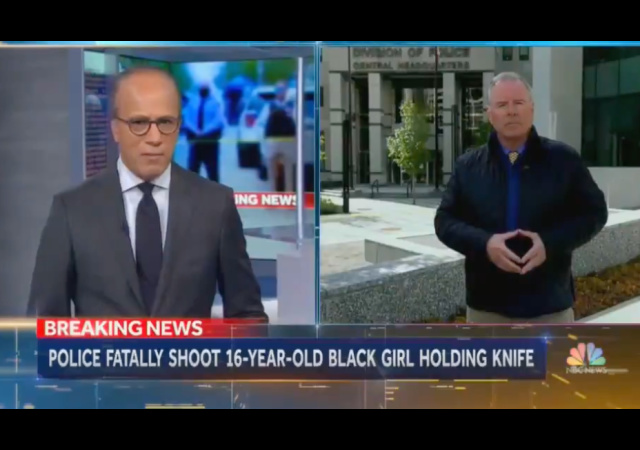 Posted by Mary Chastain on April 22, 2021 31 Comments
I guess NBC Nightly News anchor Lester Holt practices what he preaches. A few weeks ago, Holt said, "fairness is overrated," and journalists don't have to be objective. Holt and his program came under fire after airing edited versions of the 911 call and video of the Ma'Khia Bryant shooting in Columbus, OH.
Read More 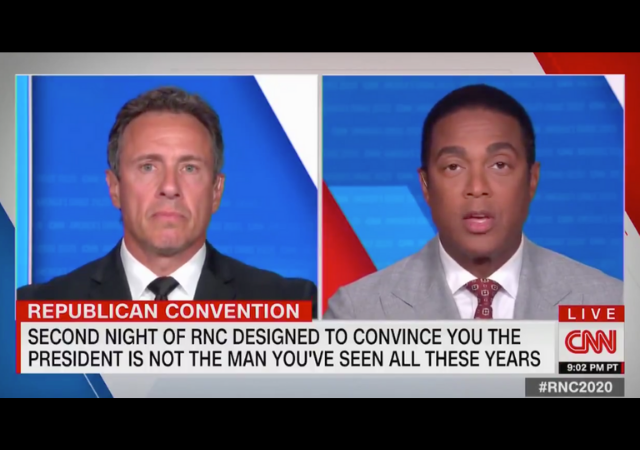 Posted by Mary Chastain on March 15, 2021 13 Comments
MSNBC and CNN have seen a drastic drop in ratings since President Donald Trump lost the election. Fox has lost viewers, too, but nothing like the left-leaning networks. CNN Tonight with Don Lemon is down 32% from November 30 to March 5.
Read More 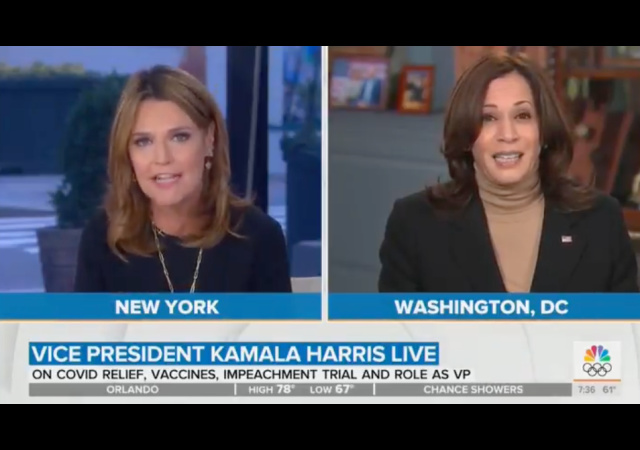 Harris and Her Spokeswoman Stumble on CNN, NBC Over Questions Regarding School Reopenings

Posted by Mary Chastain on February 17, 2021 25 Comments
Are school reopenings the topic that will unite America? Today's Savannah Guthrie and CNN's John Berman gave me some hope. Neither one could get a straight answer from Vice President Kamala Harris and her spokeswoman Symone Sanders regarding school reopenings, especially when it came to teacher vaccinations.
Read More 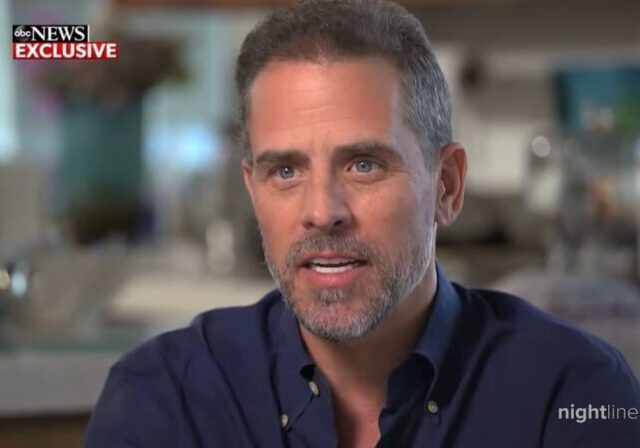 Posted by Mary Chastain on December 14, 2020 28 Comments
Weird how all of this Hunter Biden news is coming out in the mainstream media after the election. NBC News first reported (granted on a Friday night) that an email brings up "fresh questions" about Hunter's tax problems like not reporting $400,000 income from Burisma.
Read More 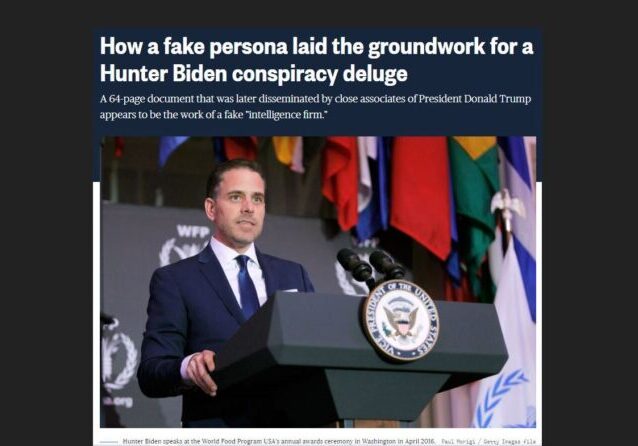 Posted by William A. Jacobson on October 30, 2020 19 Comments
An NBC News story about a fake dossier espousing Hunter Biden consipracy theories recently trended on Twitter. I saw it in "trending" and clicked on it, How a fake persona laid the groundwork for a Hunter Biden conspiracy deluge:
Read More 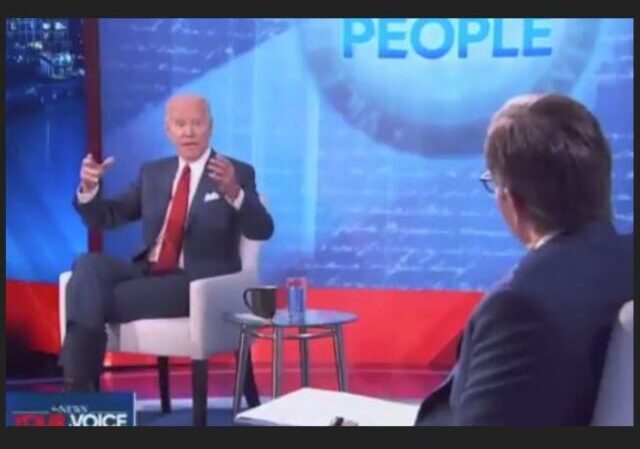 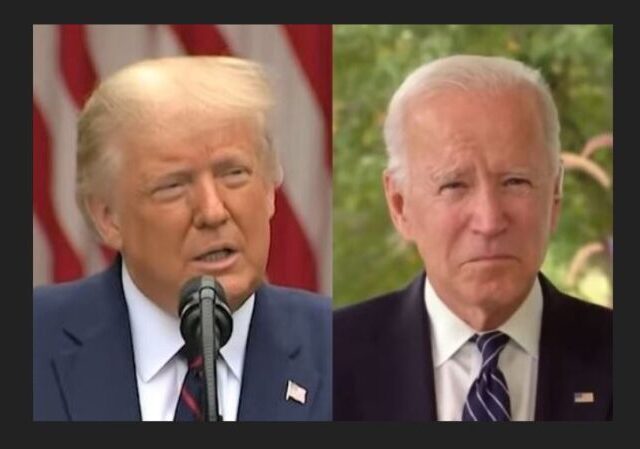 Posted by Mike LaChance on October 15, 2020 36 Comments
Tonight was supposed to be the night of the second presidential debate. Due the unexpected political implosion of the moderator, that event was cancelled. Instead, Joe Biden is doing an event on ABC and President Trump is doing an event on NBC. Some of the staffers at NBC are not happy about this.
Read More 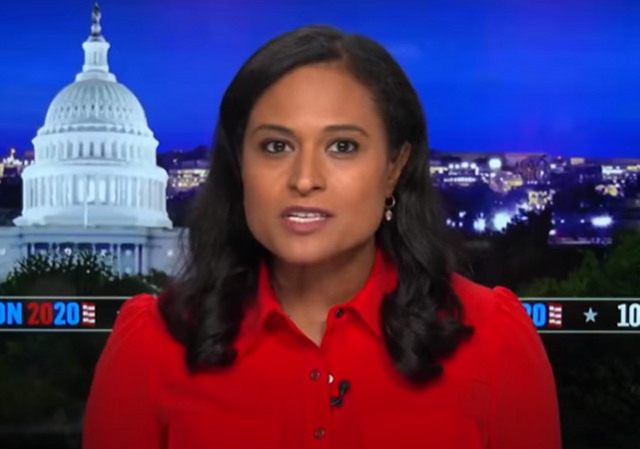 Posted by Mike LaChance on October 11, 2020 29 Comments
The 2020 presidential debate process has been a train wreck. The first debate with Chris Wallace of FOX News was terrible, largely due to Wallace himself who, at times, argued with Trump more than Biden did. Then Steve Scully, the moderator of the second debate came under scrutiny for anti-Trump bias. The second debate has been cancelled as Scully's Twitter account is being investigated for a supposed hacking that's about as believable as the investigation of Joy Reid's old blog.
Read More 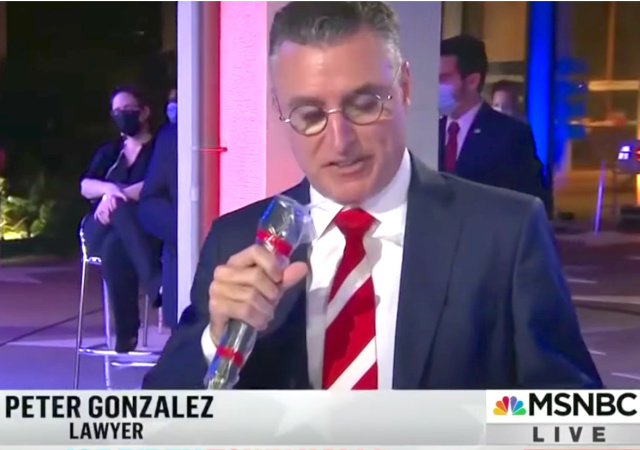 Posted by Mary Chastain on October 07, 2020 22 Comments
The Washington Free Beacon reported that NBC News paraded people as undecided voters in a town hall with Joe Biden, but they previously told MSNBC they supported Biden. The town hall was on NBC, MSNBC, and CNBC.
Read More
DONATE