Musk: “Criticizing me all day long is totally fine, but doxxing my real-time location and endangering my family is not” 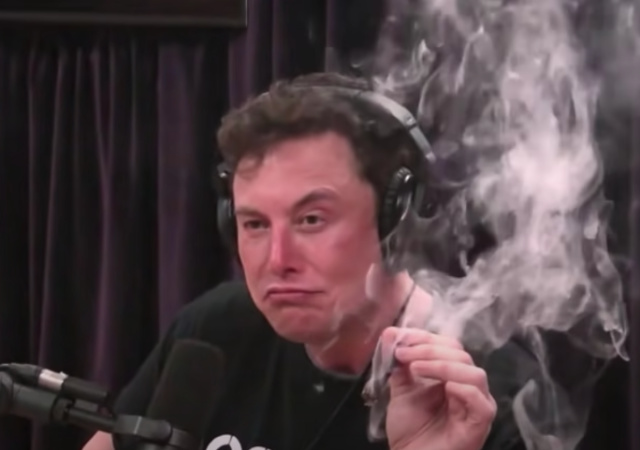 Věra Jourová, the EU’s Vice President for Values and Transparency, threatened Elon Musk with sanctions because he suspended a few “journalists” on Twitter.

News about arbitrary suspension of journalists on Twitter is worrying. EU’s Digital Services Act requires respect of media freedom and fundamental rights. This is reinforced under our #MediaFreedomAct. @elonmusk should be aware of that. There are red lines. And sanctions, soon.

What is happening tonight pic.twitter.com/lW1SkEtXfB

It comes after Mr Musk vowed to sue the owner of a profile that tracks his private jet.

He said said a “crazy stalker” had used live location sharing to find and accost a vehicle carrying his children in Los Angeles.

Mr Musk has since vowed to take legal action against him, as well as “organizations who supported harm to my family”.

I already see people gaslighting their audience, claiming Musk suspended “journalists” who negatively covered him and his company.

Well, then, Musk would have suspended a lot more accounts. Musk confirmed he suspended the accounts that doxxed him.

How is that for transparency, Jourová?

Criticizing me all day long is totally fine, but doxxing my real-time location and endangering my family is not

7 day suspension for doxxing. Some time away from Twitter is good for the soul …

If they’re naughty, they get suspended

My plane is actually not trackable without using non-public data

The EU is an evil empire. My vote for Brexit was the greatest vote of my life.

I’m wondering where the EU was when twitter was banning doctors during the Great Chinese Pandemic for not agreeing with the approved Government message for health and safety??

They were too busy approving. EU “leaders” are upset that Musk is doing to their pets what they did to others… but he has better reason.

I’ve said it before, I’ll say it again.

I want Musk to call their bluff, suspend all EU operations, and block all EU IP addresses.

You said it! (Glad I read down before I commented.)

Suspending her account should be enough to send the message.

Easy solution. Some enterprising young anarchist needs to register a “VěraJourováJet” account, and Elon can let it continue to operate until he gets a complaint.

Sanctions? Are they gonna hurt him? Hurt him where it hurts—in the pocket book. Ha ha.

I’m sure that if Musk spews hate against Israel and Jews, the EU will leave him alone…

Question that should be asked and is not: If there was a Twitter bot that reported the real-time location of Věra Jourová, would he/she support it being suspended?

Musk needs to pull all Twitter operations out of the EU. Then tell them to go pound sand. What are they gonna do, shut down the internet?

I keep asking myself what is pissing off Elon Musk and then I realize it is the LEFT! They piss all of us off.

Presumably Twitter could go to court if any official action is taken. Pulling out of the EU as a first step would concede the principle that EU officials can shut down businesses in the EU on a whim.

Just block all of the EU IP ranges and tell them to shove their sanctions up their communist asses.

Another internationalist Stalinist-Maoist commu-fascist front group operating under the aegis of the European Union.

[Council or Committee] for Values and Transparency or Safety and Trust.

Which of course means the opposite of what is practiced.

Anti-Fascism is Fascism.
Freedom is Slavery.

I did a [committee safety] word search on my kindle. I’ve got lots of 18th and 20th century history books.

American revolutionaries used it often: Ethan Allen’s committee for public safety was a front. The worse act seems to be strapping a doctor to a chair and suspending hin about 20 feet in the air for a few hours and people jeering him.

The one instance where safety and trust engaged in actual public safety seems to be China Nanking 1937 to stop Imperial Japanese Army rapine.

But Fauci proved that just last week.
“I don’t remember” is ballistic Teflon.

Seems like the EU want to legislate who is and who is not permitted to Twit.

Same people under New Twitter:
I should be allowed to yell fire in a crowded theater any time I want, Dammit! We”re talking 1A FFS!

The reactions from the formerly Twitter-favored have been immensely entertaining.

Well, when they show you who they are, believe them.

— Everything is their business, run by the ministry.

— You are their agent. You get to play along as long as they like having you play along. It’s not like you own the thing. Or anything, really.

— You are livestock, administered for the grand vision as they see it. It’s not like any of this is for your advantage as you see it.

— The “rules” they espoused were just the post-hoc reasoning for that thing they wanted to do. It’s not like they want you to follow them and be right.

Real World Tony Stark, there, has a megaphone which makes the shenanigans harder to hide.

“You said doxxing is bad, and platforms have to protect people’s private information. There’s laws — so, I did that.”

“We didn’t mean doxxing *you* is bad. We don’t like you any more. Besides look at all this inconvenient stuff flying around on your platform, now.”

“OK, how do I stay clean with you here?”

Wash, rinse, repeat, as the nerd-pool says. And so it goes…

No special rights for reporters. Reporters are not more important than garbage collectors or carpenters, and have no more rights than them. If the EU has a law that requires private companies to give reporters special privileges, that law is perverse and ought to be defied.

The EU’s weapon, of course, is that it won’t allow Twitter to sell advertising within the EU.