Does anyone think this will work? 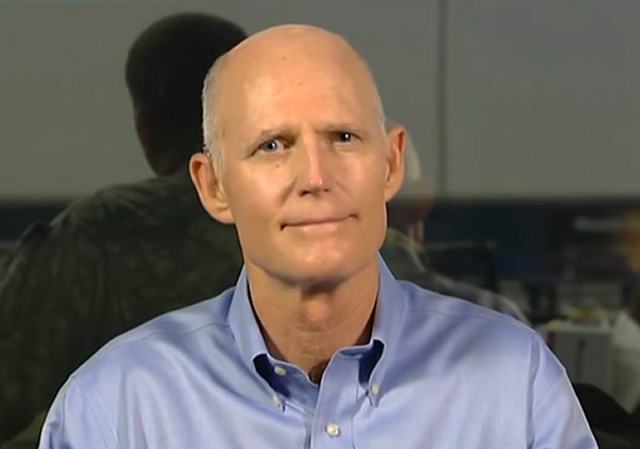 The challenge emerged after Republicans’ disappointing midterm performance provoked a tremendous round of finger-pointing. Scott, who chairs the National Republican Senatorial Committee and got nudged to mount opposition to McConnell by former President Donald Trump, was at odds with the GOP leader over strategy and tactics for months before Election Day.

McConnell says he already has the votes locked up to win a Wednesday leadership election, and Scott is not expected to garner enough support to come close to toppling the leader. But Scott is pressing forward anyway, as a band of conservatives pushes to delay leadership elections until all the Senate races are determined.

McKinley Lewis, a spokesman for Scott, confirmed his leadership bid.

Some Republicans have called for changes in the House and the Republican National Committee.

Those Republicans want the party to delay next week’s leadership votes until all the House, Senate, and governor seats have been called and filled.

I wrote earlier today that people had demanded fresh blood in leadership on both sides of the aisle. Yet we always end up with the same old people (literally and figuratively): Nancy Pelosi, Steny Hoyer, Mitch McConnell, John Thune, etc.

The Democrats will keep the Senate. The Republicans need one more House seat to take the majority.

Like The Squad and other Democrats did in 2018 and 2022 with Pelosi, Republican senators voiced their disagreements with leadership:

In addition to Scott, recently re-elected Sen. Ron Johnson (R-Wis.) is fuming about the party leadership: “If the excuse is they are uncontested, they will be contested. I have no doubt about that. If nobody else contests, I’ll contest,” he said.

[Texas Sen. Ted] Cruz charged that “our leadership repeatedly wants to give in to Democrat priorities. I think that is a failed leadership strategy. And so part of the reason we should delay the election is to have a real and meaningful discussion within the conference,”

Others, like Sen. Josh Hawley (R-Mo.), say they want new leadership: “I’m not gonna vote for Senator McConnell. I’ve made that abundantly clear.” His new Missouri GOP colleague, Sen-elect Eric Schmitt, did not comment on the leadership races after signaling he wouldn’t support McConnell as leader earlier this year.

Watch your back Senator Scott. Rhinos, Donkeys and GOPe oh my.

Rick Scott is bad for America. He will send troops to war for any Israeli request in the Middle East. Say NO to Rick Scott!

If we couldn’t oust McCarthy in the House leadership then ousting McConnell is not likely. No one fears McCarthy, people in DC do have a healthy fear of McConnell. There’s ten ish Senators who may couch their opposition in terms of wait until the GA runoff and any law fare from that or other races are complete.

McCarthy may be the wrong man for the job, but he’s not a rat. McConnell is a COMPLETE rat, as corrupt as Biden, and who has been a ball and chain on the GOP for years.

Whatever else McCarthy may be he is indisputably a creature of the establishment. I find it extremely troubling that DJT would back McCarthy in his quest to become Speaker.

The effort failed as expected. McConnell remains as leader.

McConnell, McCarthy and McDaniels have lost too many elections to be kept in leadership. The GOP leaders are far too comfortable losing.

Unfortunately, none of those things are true.

And that we didn’t lose the House in 2018, which we did when Democrats gained 41 seats.

Pretty sure Trump wasnt running in 18 nor was he running in 21 and 22. Then again, he is living rent free in your head so thats always good.

Are you implying that the coveted DJT endorsement wasn’t so valuable as many seem to believe? It so can we move past the claims of great electoral success based on those endorsements?

It was not. DJT did fine endorsing incumbent and candidates in red states and districts but in the purple swing or blue places he cratered. Let’s not forget that a candidate needs those to be elected.
Cocaine Mitch is the worst of all possible scenarios and as we speak is sitting down with Chuckie “get the hell out of my way there’s a camera” Schumer to work out a deal which will benefit himself of course

So you’re saying that Trump did a great job endorsing shoo-ins but an abysmal job pushing and then endorsing people for key positions (as governors, in the Senate, and in the House, and that’s not even touching his Secretary of State picks–most, if not all, of whom lost) who lost? And you’re further saying that Trump can’t win in purple or blue districts?

Yeah, we know. Somehow, to me, it seems like it would be wise to select a candidate who can win purple districts, no? Blue ones are just lost to “blue no matter who” and fraud, but not the purple ones. The ones we need to win for a change.

Just a quick scan of the EC map suggests that Trump can’t win the presidency unless he can pick up purple districts and states. It’s not rocket science, just regular maths. And we have seen for three election cycles that he cannot; indeed, his sway is waning in those areas each cycle. More and more people in these states will vote for more Biden before they vote for Trump. We know this because it just happened. Twice.

Yeah, she’s really pathetic. But then, I think she’s exactly what the GOPe: a perennial loser.

Like McCarthy. An establishment creature who DJT just backed for Speaker.

McConnell is LONG past his sell-by date. He’s one of the most unpopular politicians in the entire party, and provides ABSOLUTELY NOTHING for people to actually vote FOR.

As shown by his electoral history in Kentucky.

Thank you for admitting that there is ZERO argument for keeping him as Senate ‘leader’.

If the ONLY thing you can come up with is, ‘well he’s popular in his home state’, then you are admitting that you have no argument to retain him in his position.

There are a dozen other Senators far more popular in their own states that would do a much better job than the decrepit RINO turtle bitterly clinging to power.

The only argument for keeping McConnell as minority leader is that he is less corrupt than most other rinos in Congress. Fat chance.

Incumbents getting reelected over and over again is no indicator of their effectiveness.

Can someone explain how Manchin is hanging on?

Because Bitch McConnell has never helped an actual conservative challenge him, because that doesn’t benefit McConnell.

Yeah, it’s really weird how people in power don’t help others unseat them.

Mitch has to go, stuck with McCarthy is bad enough

Trump supported McCarthy as Speaker of the House.

The RINO who put Angela Corey on George Zimmerman?

Everybody dislikes McConnell, but more people are afraid of him than are willing to vote against him. Too bad. I’m of a mind that if he were thrown out of the leadership, he’d retire forthwith.

So, he takes his ball and goes home.

How does Kentucky select a replacement for a retired or dead member of Congress?

According to what I found, the governor must select an interim Senator from a list provided by the party which held the seat at the time of the Senator leaving.

Yes that’s my understanding of how it works as well.

So him threatening to retire isn’t even a threat – unless the Kentucky GOP is stupid enough to send a Democrat on the list, then if he retires its a guaranteed Republican replacement.

The Gov of Kentucky is a Democrat.

If that is true, then how absolutely horrible that such a man is tolerated.

This is the GOPe. They’re ALL horrible men.

I hate McConnell, but that’s not the right number. 7% is among EVERYBODY. Nobody cares if the Democrats approve or not.

But my understanding is that he had only around a 30% approval rating AMONG REPUBLICANS, with a 60% disapproval.

And that was before the election.

We cannot survive a ‘leader’ with a 30% approval rating from his own alleged party.

Oh, I would be very concerned if the Dems liked him.

They are not afraid of him, they are afraid of all that money he controls due to his super pac. Big difference. Maybe Elon can step in like Zuckerbucks and chuck a few Billion at some Repubs and give them back their backbone.

This is good for the party, Trump or no Trump.

Ditch Mitch … but for whom?

… so Scott should be better but he’s made his share of mistakes too … what are others read on him?

Has he learned enough in office to be effective at managing the Senate without dumb mistakes – but not been there so long he is a corrupt swamp critter phony like a Lindsey Graham? All bark and no bite?

For the few times that he has, McConnell has accomplished nothing ANYONE in his position could have accomplished. BUT, he has also destroyed so much of our country by stabbing us in the back. Perfect GOPe rat.

People will point out that he stopped Garland from SCOTUS which is true but can anyone with a straight face tell me that SJW who can’t define a women is any better??? Her questions in the first case she heard were moronic and made the Wise Latina look like John Jay or Earl Warren

I don’t necessarily trust Scott either, but he’s the only option running right now.

Give him a chance to prove that he’s better, and if he isn’t, then we’ll ditch him too.

rick scott….really?
we are screwed
may as well give it to susan collins

Calm down, everyone. Cocaine Mitch and his money funnel from his Chinese bride are back in power.