“We have determined providing this support would negatively impact the readiness of the DCNG and have negative effects on the organization and members.” 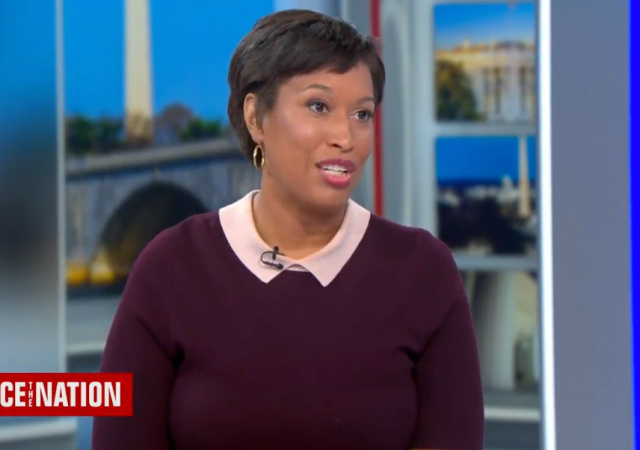 The Pentagon denied DC Mayor Muriel Bowser’s request to activate the National Guard to help with the influx of illegal immigrants to the city.

A senior defense official on Friday told Fox News that Secretary of Defense Lloyd Austin “has declined to approve the DCHSEMA request for DCNG to provide personnel and the DC Armory to assist the NGO, SAMU First Response, with transportation and reception of migrants arriving in the D.C. area.

“We have determined providing this support would negatively impact the readiness of the DCNG and have negative effects on the organization and members,” the official said. “We understand SAMU First Response has received grant funding through FEMA’s Emergency Food and Shelter Program, and has indicated that sufficient EFSP funds exist at this point to provide migrant assistance.”

Bowser has complained for weeks about the numerous buses from Texas with illegal immigrants.

Bowser’s rhetoric has “caused tensions” inside the White House, with the administration releasing a bland statement:

Reuters reported Thursday that the comments and her requests had caused tensions with the White House. Officials had disagreed with her portrayal of a “crisis” — a word the administration has shied away from when discussing the border — and described her request as unnecessary.

A White House official told Fox News Digital: “We have had constructive conversations with Mayor Bowser and her team, and are committed to working with her and her team just as we do effectively with other local leaders.”

The letters Bowser sent to President Joe Biden and Secretary of Defense Austin cracked me up. I picked out a few classic lines in my post about the letters:

Well, Bowser wants DC to be a sanctuary city and donates a lot of money to groups that want to help illegals stay in America.

Texas Gov. Greg Abbott invited Bowser and New York City Mayor Eric Adams to the border and see the border crisis in person. NYC and DC are major cities, while the small towns along the border are overwhelmed.

Abbott has invested a lot of Texas resources towards the crisis and asked the Biden administration for help.

Adams rejected the invitation, calling it a photo op for Abbott. I don’t know if Bowser said anything.

We all know why Adams and Bowser won’t go to the border.

Absent the National Guard, perhaps Bowser (or NYC Mayor Adams) will now travel to border communities to see how leaders with problems an order of magnitude bigger deal with them. I won’t hold my breath waiting.

Instead of asking for the National Guard, she should ask for some of that baby formula to be shipped from the border. Demand 10 gallons with every bus load. Win win.

On one hand, you’re operating a safe haven for criminals and you’re not getting any sympathy from me.

On the other hand, I’m confused. I thought that the Mayor of D.C. had the same authority over the D.C. Guard that any governor had over their state National Guard as regards “local emergencies.” Am I mistaken or was she asking for them to be nationalized and called up?

I haven’t looked it up, but since DC is not a state and she is not a governor, she would have no direct authority over the National Guard.

If I’m wrong, so be it. I thought D.C. was a special case where the mayor had that authority.

Politely as possible…no and DC needs to be destroyed and start over anyways. It is a dysfunctional cancer on the region.

According to wikipedia, the DCNG chain of command runs straight from their commanding general and the SecDef to the President.

More than willing to acknowledge if I’m mistaken.

The feds did the only thing they could have done in this case. If you send troops to a Blue city more than 1000 miles from the border, how many troops will you have to send to Red states like Texas or Arizona to stave off charges of political favoritism?

Charges of political favoritism is what they want, along with examples of it.

Mayor Bowser has an opportunity to solve this crisis and show everyone how the Democrats do it. I wish her much success.

Wait, didn’t Adams and Bowser proudly proclaim that their respective cities were sanctuary cities and that illegals were always welcome?

Now that they have skin in the game we find out what they’re made of?

btw, Gracie Mansion has lots of empty rooms. And, Muriel, open up YOUR house.

We know what happened to Gracie Mansion in “The Camp of the Saints”.

NB
They are not migrants. Just stop.

You can’t just ask for the National Guard. You have to plan ahead and clean out a parking garage for them to sleep in.

Why clean out the garage? They are soldiers and should be able handle hardship.

Are advocating that no planning for housing, feeding, medical care, water, hygiene is necessary and that Soldiers should just suck it up because the are Soldiers?

That seems like a all inclusive pass on responsible and prudent planning. Moreover, it’s a volunteer Force. The Soldiers you deliberately mistreat will not reenlist, other Soldiers observing this mistreatment from afar might not either. Then there’s the impact on recruiting, why would anyone join up to be shit on?

They didn’t have any choice, really. If they had given Bowser (wow, what an appropriate name…) what she wanted they’d have had to fess up that their lack of immigration enforcement is a problem.

What does she think the problem is? Isn’t DC a sanctuary city?

That was a theoretical commitment. Now that the sanctuary pledge is becoming a reality with actual consequences they no longer derive cost free virtue. They now have to earn their virtue like everyone else.

So they wouldn’t throw Bowser a bone. Boo hoo!

Maybe she should think before support and running sanctuary cities.

Be careful what you wish for. You might get it. And she is getting it good.

It’s 1700 miles from DC to McAllen, TX. Maybe Bowser thought that would be far enough to declare, “We’re a sanctuary city!” without actually being a sanctuary for illegal aliens.

“But the Governors or Texas and Arizona are making a political statement to the federal government, and instead, their actions are having direct impacts on city and regional resources in ways that are unsustainable.”