Border Patrol Agents: ‘Under Biden, Things are the Worst They Have Ever Been by Far’

Border Patrol Agents: ‘Under Biden, Things are the Worst They Have Ever Been by Far’

“We expect Biden to continue to attack us. Making a concerted effort to ignore what we did is expected.” 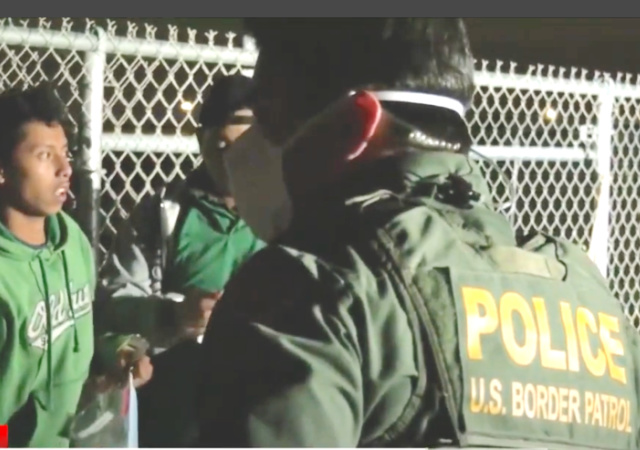 Eight border patrol agents spoke to The Washington Examiner about the crisis under President Joe Biden.

They painted a mess for the publication:

“Under Biden, things are the worst they have ever been by far,” said one agent who is based in Arizona. “Agents are calling in all the time. You always hear, ‘It doesn’t matter,’ or, ‘What’s the point?’ in reference to doing our job. Agents are afraid of ending up on the news for doing their job or getting in trouble for doing their job. There is no morale.”

The workload and the physical toll placed on the agents are a lot.

But the worst part is the way Biden and his administration treat the border agents:

Border Patrol agents were deemed the heroes of the Uvalde school massacre in Texas after they ran into the gunfire and fatally shot the Robb Elementary School gunman while local law enforcement refused to act. Despite this, agents said Biden has yet to thank them for stepping in, even though Biden was quick to condemn them last September over reports that a mounted agent allegedly “whipped” a Haitian migrant trying to enter the United States from Mexico.

“Del Rio pissed us all off,” the first agent said. “Uvalde just adds to it. I think at this point, we are beyond pissed. We expect Biden to continue to attack us. Making a concerted effort to ignore what we did is expected.”

In April, then-Press Secretary Jen Psaki refused to apologize for insisting the agents whipped Haitian migrants. She said the officers used “brutal and inappropriate measures.” The narrative has been debunked numerous times, and the agents won’t face charges.

Psaki said the investigation was still “playing out” despite the news that the agents wouldn’t face charges. She refused to apologize, and the administration has not apologized for demonizing the agents.

The agents even criticized the social media posts from Border Patrol leaders bragging about agents rescuing people because they never mentioned that the person “was likely trying to evade getting caught and that agents are meant to serve a law enforcement purpose.”

Despite the problems under Trump and Obama, the agents still felt respected and valued at the end of the day.

“When I joined under the Bush administration, my morale was an all-time high, and so were my peers. We did our job. Then Obama/Biden came around. The morale sunk due to that administration’s policies, but we were still able to somehow do our jobs,” said a third agent, this one from Texas. He recently spoke to other agents at “choir practice,” a term referring to a cookout where attendees spend time venting together, and they talked of struggling to get up and mustering energy to go to work.

A fourth agent described work as nothing more than a paycheck and sometimes a source of guilt because “it feels like we’re committing a crime by allowing all these people into our country” versus expeditiously removing them or transferring them to Immigration and Customs Enforcement for detention through the duration of immigration proceedings in court.

A report showed that illegal immigration grew by one million in Biden’s first year. It cost taxpayers $9.4 billion.

A large migrant caravan with about 10,000 people headed to the border disbanded in Mexico after the government handed out temporary visas.

But that does not mean the migrants won’t try to come to the border:

Organizer Luis Villagran told Fox News that about 80% of migrants in the caravan, approximately 9,000, have received a migratory multiple form (FMM). That travel visa allows them to travel freely in Mexico temporarily.

Villagran told Fox News that, although the caravan is breaking up, all the migrants in the block are heading to the United States to attempt to make their way into the country.

The only thing that surprises me about this is that anybody thought this wasn’t going to happen.

On the other hand, if you are an illegal attempting to invade, things are the best they have ever been.

“On the other hand, if you are an illegal attempting to invade, things are the best they have ever been.”

What’s the most progressive thing about Joe Biden?

Brandon is NOT in either command or control so his mental state is of no matter or consequence. He is not the one doing the thinking/ making the decisions.

I would wager he GOT “appointed” because his mental state made him not a threat to the puppet masters who are in charge.

I agree with the judgment of Taurus.

I wonder of Garland’s Dept. of “Justice” will treat BIPOC invaders differently than Texas/Arizona/California citizens.

Will there be further modification if the illegal hoard is wearing Biden shirts?

I taught for seven years in Virginia and 23 in Pennsylvania. The students and their parents appreciated me, but my administrators did not.

I am now teaching in Jacksonville, Florida. I have less student & parent appreciation, BUT my principal and assistant principals truly value me and let me know that they value me.

I think those of us who “serve” in our professions can continue to give to our last drop of blood and the last breath in our body as long as those in charge of us appreciate us.

For years I told myself that knowing I made a difference was (or should be) enough, but after having the administrators I have been privileged and blessed to work for, I must acknowledge that I felt empty.

(with apologies for replying to myself–I just want to clarify)

My point is that I empathize with our Border Patrol. These men and women are trying to protect our county, and it’s not too much to ask that our government value them as they deserve.

Administrators and administrative staff, as a whole, don’t appreciate anyone that basically keeps them employed…because without educators, their positions would vaporize. This is true in K-12 and it’s true in higher ed, too. I would venture that your experiences are more based on the probability of finding good administrators rather than geography or politics because the rampant and unchecked power abuses and exploitations with education administration seem to transcend such lines in my experiences with all of these levels.

That said, your name “goddessoftheclassroom” doesn’t exactly sit the best in terms of how the mind wanders regarding its implications…but anyone, myself included, would be remiss not to allow you to qualify it.

Also, what level do you teach?

I acquired my sobriquet many years ago when a very annoying student asked why he had to do an assignment (I completely respect the sincere question from a student who wants to understand the relevancy of an assignment).
I answered, “Because I’m the goddess of the classroom and I said so.”
The class roared with laughter (because that student was just wasting time).

Sounds like it is in good humor, and that’s why I didn’t want to take you out of context.

There are definitely some in our professions that take their “power” too seriously.

I’m a secondary English teacher. I taught 9-12 in Virginia, 8-10 in Pennsylvania, and 9-10 here in Florida.
my BA is in English literature (I completed teacher certification concurrently); my M.Ed. is in secondary English education; my Ph.D. (ABD) is in English literature. I am also the teacher other teacher go to with grammar and usage questions.

Let me give you an encouraging word in an off-topic comment. I struggled with English in grade and high school, painfully counting words and writing double-spaced. My college English teacher passed me only because I wrote ‘funny’ by making the assignments humorous.

I started writing fanfiction about ten years ago, and it was like a switch was flipped. I’m now in the top 30 or so authors on the fiction site, have several I-can’t-make-money-off-them-because-of-fanfiction-but-still-published books, and close to three million words in print with several real books in the hopper. My teachers from then would be gobstruck. Feel free to smile in their stead.

Join the club. I have yet to find a situation under Biden where that is not true. In addition, inflation as measured in the 1970’s – a fixed basket of items – is possibly more like 15% than the reported 8.6%, so a record there as well.

Wait until Soviet/Venezuela waiting lines to buy each individual food item. None of this had to happen. These are essentially crimes against humanity.

Without replication of the old formula the rule of thumb I use is multiply by 1.7 so that:
Official current CPI 8.6% x 1.7 modifier = 14.62% for a very rough approximation of the prior CPI methodology result. Not perfect but a whole lot simpler and accurate enough for back of the envelope calculations and discussions.