“In sum, the Plaintiff States have demonstrated that the Termination Order will affect their ‘quasi-sovereign’ interests based on its impact on their healthcare systems and their interest in the health and welfare of their citizens.” 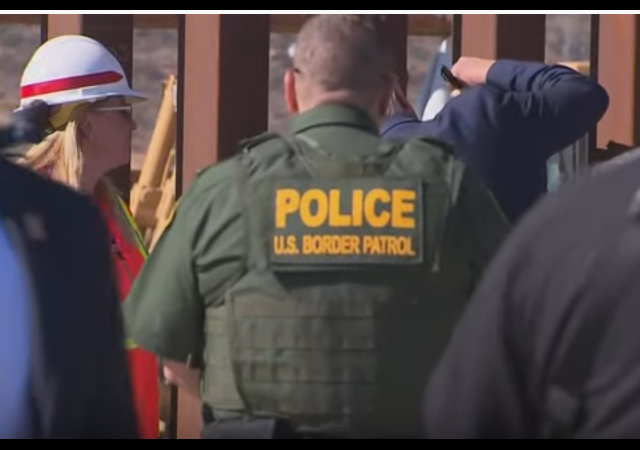 Judge Robert Summerhays, in the Western District of Louisiana, granted a preliminary injunction on the Biden administration’s plan to end the order on May 23. It was in response to a lawsuit by two dozen Republican states, led by Arizona, Louisiana and Missouri.

“Today’s ruling is a significant win as Title 42 is one of the few policies that is actually working,” said Arizona Attorney General Mark Brnovich. “I’m grateful to the court for upholding the rule of law and helping maintain some level of sanity as we continue to battle the Biden-made border crisis.”

Title 42 has been in place since March 2020. The government has used it to “expel a majority of migrants at the southern border due to the COVID-19 pandemic.”

Officials and residents, from both parties, have come out against lifting Title 42 because of the influx of migrants.

The government cannot handle the numerous migrants crossing the border every day. Any increase would stretch and limit resources even more.

Republicans alleged that the administration violated the Administrative Procedures Act if it lifted Title 42:

The Republican lawsuit, seeking the injunction, claimed the lifting of the order violated the Administrative Procedures Act, which requires a notice-and-comment period and also bars moves deemed “arbitrary and capricious.”

The lawsuit claims the administration failed to estimate or account for the costs to the states. They cite “increased health care costs for aliens infected with COVID-19 and the cost of increased illegal immigration caused by the Termination Order and the presence of much greater numbers of paroled aliens with non-meritorious asylum claims who were induced to enter the United States because of the Termination Order.”

“This suit challenges an imminent, man-made, self-inflicted calamity: the abrupt elimination of the only safety valve preventing this administration’s disastrous border policies from devolving into an unmitigated catastrophe,” the complaint read.

Summerhays, in his order, said that the record supports the states’ position “that the Termination Order will result in increased border crossings and that, based on the government’s estimates, the increase may be as high as three-fold.” He also agreed with states that lifting Title 42 will increase costs on healthcare and education – and said the government did not dispute that claim.

“In sum, the Plaintiff States have demonstrated that the Termination Order will affect their ‘quasi-sovereign’ interests based on its impact on their healthcare systems and their interest in the health and welfare of their citizens,” he said.

Good news. Thought I swear I heard that this had happened some days ago.

Apologies as this is off-topic. Pelosi has been trying to threaten the United Kingdom if we ditch the Northern Ireland Protocol with the EU.

Can anyone tell me why all the Democrats are ignorant about the contents of the Belfast Agreement (Good Friday Agreement). Pelosi claims that any such action by the UK breaches the GFA because it endangers open borders for trade, which is not mentioned in the document. They seem unaware that the NIP itself breaches the Agreement.

They can’t hump “new spikes” in time for the elections and maintain that illegals are somehow pure and untainted.

Particularly when they are mostly untested and strewn all over the country in the middle of the night.

Ultimately the Biden Admin, really the CDC, faces a choice based on the answer to a single question: Does a public health emergency exist regarding Covid?

If yes then the CDC can continue to push Covid mania policies BUT they also will have to use Title 42 authority.

If no then Title 42 authority is no longer needed BUT neither are Covid mania policies..

Much too little, much too late.

I doubt this action will have much if any effect on stopping or even slowing the rate of illegal immigrants. The tidal wave which will shortly hit the border originated weeks ago and gathered in size and velocity with Monday as their planned impact point. It’s not like they are going to come to a screeching halt just because a judge said so when they know there are no consequences for continuing.

It will be like King Canute trying to hold back the tide.

Worse. Title 42 is an *active* measure, which means the border patrol has to take *action* to put an illegal immigrant back across the border. All they have to do is throw up their hands and say “Oops, we don’t have the funding to do that. Too bad, so sad.”

And the tidal wave will continue on schedule.

Why bother terminating it when you can simply stop doing it? If you aren’t Trump you can’t be sued for abuse of discretion.