Terrorists who hacked to death three Israelis cheered as “heroes” 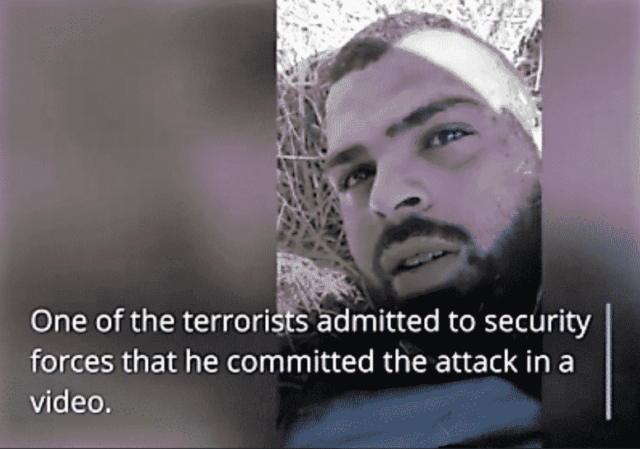 The terrorist duo, who Palestinian terror groups cheered as their “heroes,” were caught hiding under a bush outside Elad, Israeli news reports suggest. “IDF, Shin Bet and Israel Police say in a joint statement As’ad Alrafa’ani and Sabhi Abu Shakir were caught hiding behind a bush in a quarry near Elad,” the Israeli media outlet Ynet reported.

Their victims were identified as 44-year-old Yonatan Havakuk, 49-year Boaz Gol, and 35-year-old Oren Ben Yiftah. “Havavuk and Gol were residents of Elad and each fathers of five. Yiftah was a resident of Lod and a father of six,” the Israeli TV channel i24News noted.

The Jerusalem Post reported the successful conclusion of the manhunt:

Israeli security forces caught the two terrorists who carried out a deadly attack in Elad, four days after they went on a rampage in the city.

IDF forces, Shin Bet officers and police caught the two suspects 19-year-old As’sad al-Rifai and 20-year-old Emad Subhi Abu Shqeir, both from Rumana in the Jenin area of the West Bank, alive in a forested area close to Elad near Park Nahshonim.

They were located after a massive manhunt where security forces including special forces from the IDF’s commando units, advanced technologies including intelligence, canine units and helicopters.

On Saturday a force consisting of Shin Bet officers as well as troops from the IDF’s Maglan commando unit and Mirol Reserve Unit identified suspicious objects in the area, which led security forces to concentrate around a quarry. The force returned to the area on Sunday morning and identified suspicious movement and arrested the two.

The two terrorists who murdered three Israelis on Thursday in the city of Elad were caught a short while ago. Watch the arrest c/o @kann_news @israelpolice pic.twitter.com/JfPddeDP5r

The Thursday’s deadly attack in Elad is part of a terror wave which began in the wake of Ramadan, the Muslim fasting month. Nineteen Israelis have so far been murdered by Palestinian and Islamist terrorists since mid-March.

The terror wave has been accompanied by Palestinian violence in Jerusalem. Amid incitement by Muslim clerics in mosques, Palestinian mobs assaulted Jewish worshipers and clashed with Israeli police in the Holy City.

Israel’s Prime Minister Naftali Bennett said on Sunday that the government will establish a “civilian national guard” to fight terrorism amid a series of violent attacks over the past two months.

The remarks were made at the weekly cabinet meeting after earlier in the day security forces captured two Palestinian suspects accused of committing an axe rampage in Elad on Thursday night that killed three people. (…)

“Capturing the terrorists is not enough,” Bennett said. “We are in a new phase in the war on terror. The highest-priority task for the Israeli government is to restore personal security to the citizens of Israel.”

Bennett said that the country’s National Security Council and the Public Security Ministry are responsible for presenting a proposal for a new national guard this month.

“We will burn the cities in [Israel’s] center and launch missiles at Tel Aviv and Gush Dan if Israel acts on its threats, those of which surpasses the enemy’s imagination,” Hamas threatened in a statement reported by Israeli public broadcaster Kan on Saturday.

I’m glad to see that Israel has no problem with armed citizens. I hope that the good people of Edna take up the call to acquire arms to minimize further attacks.

I detect a little circular logic on the part of Hamas. We will commit terrorists acts if you target us for committing terrorist acts.

Contrast that with the reaction of the Biden administration, not to mention numerous democrat run city and state governments, to the BLM riots.

It would be nice if we had leaders who valued their citizens as much as the Israelis value theirs.

“Israeli security forces have captured”
Can we do some “hands across the water” magic and trade some of these guys for our good-for-nothing FBI?

Give them a show trial and upon their guilty verdict execute them in as gruesome and public way possible. Bastards murder innocents and pass out candy in the streets to celebrate.

A better headline would read:

After 75 years or so of terrorists murdering your people you should get a clue – normal civilized response has no effect on animals.