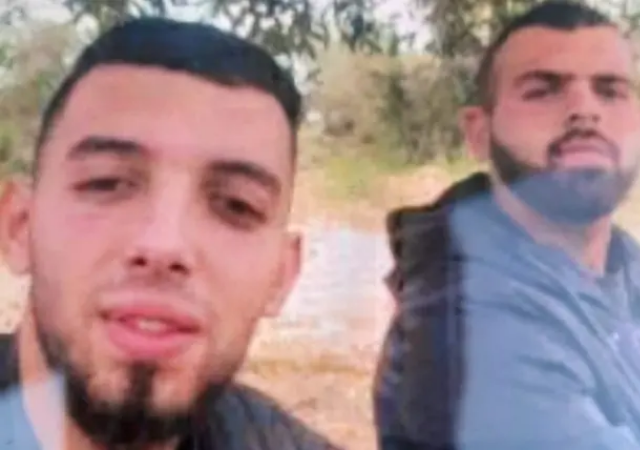 The Jewish day of rest Shabbat is being observed in a tense atmosphere as Israeli security forces carry out a massive manhunt to catch the terror suspects who murdered three people and injured at least seven others. On Thursday evening, two Palestinian terrorists armed with an axe and a knife went on a killing spree in Elad, a town home to a large Orthodox Jewish community near Tel Aviv.

“The victims of the deadly terror attack in Elad were named early Friday as Yonatan Havakuk, 44, Boaz Gol, 49, and Oren Ben Yiftah, 35, all fathers who leave behind 16 orphans,” Israeli news website Ynet News reported. One other victim is still in critical condition, Israeli media reports say.

At least 6 people are injured. pic.twitter.com/5gix87JGdW

The two terror suspects were named as 19-year-old As’ad Alrafa’ani and 20-year-old Sabhi abu Shakir. Both are residents of the Palestinian town of Jenin, a known safe haven for terrorist groups behind the recent wave attacks in Israel.

The Times of Israel reported the ongoing manhunt:

As the hunt for the perpetrators behind the deadly terror attack in Elad on Thursday neared the 48-hour mark, security officials have reportedly begun expanding the search from the area immediately around the central city to also include a number of nearby Arab communities and the area of the West Bank security barrier. (…)

And searches were additionally taking place in Rantis, a Palestinian town just on the other side of the West Bank security barrier, and in industrial zones in the area, where the two could be hiding in warehouses or factories emptied of people for the prolonged holiday weekend, Haaretz reported.

According to reports, specialized police units are leading the manhunt, with support from the Shin Bet security agency and the Israel Defense Forces. Canine units, helicopters, and drones are also being used in the operation.

The terrorists, posing as Palestinian workers, used one of the victims to enter the Israeli city. “The terrorists who carried out the attack in the haredi city of Elad on Thursday were driven to the city by Oren Ben Yiftach, one of the people they murdered,” the Israeli TV channel Arutz Sheva reported Friday. “The Israel Police said that Ben Yiftach was murdered first by the two terrorists as they started their rampage in the city, attacking passersby with an axe,” the broadcaster added.

David Amar, a survivor of tonight's terror attack in Elad:

Shabbat Under the Shadow of Terror

With terror suspects still on the run, many Jewish worshipers carried arms to protect their congregations over the Shabbat. “Some Jewish worshippers answered calls to bring their licensed guns to synagogue in the ultra-Orthodox city of Elad on Friday and Saturday, with the suspects of a deadly attack in the area days earlier still on the loose,” the Israeli TV channel i24News noted. “Worried they could carry out another attack, Channel 13 News reported that some worshipers in the predominantly ultra-Orthodox city felt the need to bring weapons to the synagogue during Shabbat,” the news channel added.

This comes as a response to a call made by Israeli Prime Minister Naftali Bennett in the wake of surging Palestinian violence. “What is expected of you, Israeli citizens? Vigilance and responsibility,” PM Bennett said in a televised address late March. “Whoever has a gun license, this is the time to carry it.” he asserted.

At least 19 Israelis have been killed in a wave of terror that began with the onset of the Muslim fasting month of Ramadan.

Thursday’s terror attack came just days after the leader of the Gaza-based terrorist group, Hamas, called for more stabbing attacks against Israeli civilians. The jihadist group “Hamas, which governs the Gaza Strip, praised what it called an “heroic operation,” the BBC reported Friday. “The killings came days after Hamas leader Yahya Sinwar called for continued attacks on Israelis including with “cleaver… axe or knife” in a message which was widely circulated on social media,” the British broadcaster noted.

The Palestinian media and terrorist groups praised the perpetrators and rejoiced at the horrific acts committed against unarmed Israelis.

“Amidst the grief that many Israelis feel for the recent terror attack in Elad, antisemites on social media and the leaders of terrorist organizations praised the Palestinians who carried out the attack, the Jerusalem Post reported Saturday. The newspaper noted that some “Palestinian social media posts showed cartoons referencing the attack by including axes in the imagery.”

Palestinian social media erupts with celebratory cartoons joyously reporting the terror attack in which 3 Israelis were murdered with an axe in Elad, Israel.

The level of incitement is absolutely stomach turning pic.twitter.com/s6AMebUrEX

A video clips on Twitter also appears to show Gaza residents distributing sweets in the streets to ‘celebrate’ the gruesome killing of the Jews.

Gazans ecstatic that Jewish civilians in Israel were slaughtered in cold blood by #Palestinians.
"Citizens distribute sweets in #Gaza to celebrate the heroic operation in Elad"#TheGazaYouDontSee #PalestinianTerrorismhttps://t.co/tlnMJ4rPnG pic.twitter.com/CcakylsgSj

It seems that the word “peace” or “peaceful” has changed in the hands of the leftists, e.g. “peaceful protest” or “religion of peace.”

Is there anything the left doesn’t outright destroy by their mere touch?