Mayor de Blasio and the City Council were just spitting in the NYPD’s face last year. Now they want the police. Who would have thunk it?! 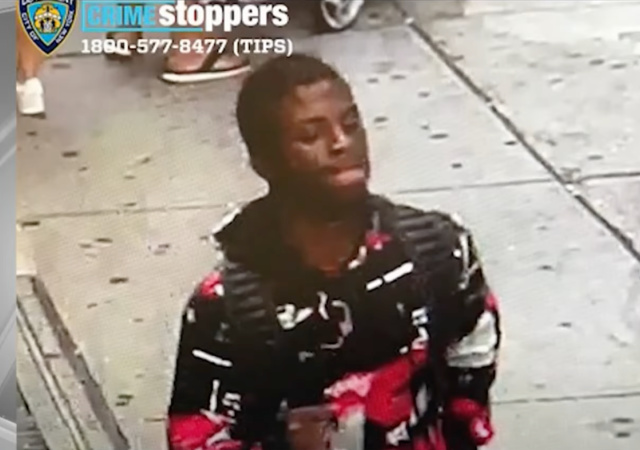 New York City Mayor Bill de Blasio promises to “flood the zone” with police in Times Square after a shooting injured a tourist.

De Blasio and the City Council slashed $1 billion from the NYPD in the budget they passed in July 2020.

We’ve documented the rise in crime in New York City since then. Victims started questioning if the city should defund the police.

De Blasio wants New York City to open after a yearlong COVID shutdown, but I guess cutting the police will not work in one of the most popular tourist spots in the country.

Chief of Department Rodney Harrison and de Blasio announced the Times Square Safety Action Plan this morning. It includes 50 additional police officers in the area and undercover officers as well:

“Bottom line is, we are going to flood the zone in Times Square with additional officers,” de Blasio said during his daily virtual press briefing.
“We have more and more tourists coming back, they have to be safe and feel safe.”

He called the terrifying incident Sunday — when a Marine from upstate New York was struck by a stray bullet as two groups of men argued outside the Marriott Hotel — “unacceptable” and that New York “will not tolerate it.”

“It has to be safe,” de Blasio said of the tourism hub. “We’re going to be adding additional officers to make it safer.”

“We cannot let it have a negative effect” on tourism, the mayor added. “That’s the bottom line. It’s mission critical to get this right.”

“The recovery we’re seeing now is very, very strong, and it’s going to keep happening, and we’re going to do a lot to make sure it happens.”

The shooting occurred supposedly between CD peddlers, but the NYPD does not have a motive yet.

Harrison said: “After this shooting and the shooting that we had a couple of weeks ago, it’s important that we put a lot more of a police presence over there, trying to engage some of the issues we’re seeing with these soliciting or aggressive panhandling of CDs.”

The NYPD released a video of the shooting on June 27 and a photo of the suspect.

🚨WANTED for ASSAULT: Do you know this guy? On 6/27/21 at approx 5:15 PM, in the vicinity of 45th St and 7th Ave in Manhattan, the suspect discharged a firearm, striking a 21-year-old male bystander in the back. Any info? DM @NYPDTips, or anonymously call them at 800-577-TIPS. pic.twitter.com/VdJtVcwapA

The suspect allegedly shot Marine Samuel Poulin, who was with his wife and brother-in-law, outside of a hotel. The ricocheted bullet struck him in the back. Thankfully, Poulin is recovering in a hospital with non-life-threatening injuries.

Poulin graduated from The Citadel with honors.

We are sending our prayers and our love to 2nd Lieutenant Samuel Poulin, '21, his new wife and his family. pic.twitter.com/VeO4lFl7vd

He is just getting ready to blame the NYPD for the violence. He will then request federal police.

exactly – flood the police to do what exactly? arrest people? Ask them nicely to stop? Will they have authority to use force to stop the violence? Why bother arresting if they will be released without bail within 24 hours? Will the police even try very hard when they know that if anyone is hurt, the officer will be demonized and his (her) life ruined?

Killed by a stray bullet from an argument? That’s one hell of an argument.

Welcome to Escape From New York, 2021. No bail, no jail and the only ones allowed to conceal carry are the criminals. But…..we need more gun laws.

BLM and Antifa should also “flood the zone”, to show that they won’t tolerate such aggressive, racist policing policies. It’s worked well in Portland, Seattle, St. Louis, … /sarc off

Send in the social workers.

I thought the formal title of that song was “Send in the Clowns”.

Stop & Frisk worked, therefore it had to be stopped.

No doubt he’s one of the stupidest people to ever have the title “mayor” of an American city. Lori Lightfoot and Eric Garcetti join him at the top.

So now the neighborhoods not experiencing economic recovery will have even less police protection?

liberal reimagining of policing is proof positive that while society is not perfect, it’s so much easier to screw up than to make right. Especially when you’re incompetent fools.

In De Blasio’s case, he was put in place by the left exactly because he’s incompetent, dishonest and deluded. Same with Lightfoot and Garcetti.

Actually, the ‘people’ who voted for this Liberal scum bear the greater, or greatest responsibility, followed by the apathetic non-voters who, while they may know better, nevertheless, don’t think it worthwhile to participate in the process of choosing their representatives. For instance, it’s been estimated that approximately 15 million so-called evangelical Christians abstained from voting in the 2016 elections. 2020 turnout was no better. https://www1.cbn.com/cbnnews/politics/2019/september/15m-christians-arent-registered-to-vote-churches-across-us-participating-in-voter-registration-sunday

There is a short list of cities I no longer plan to visit again. New York is one. SF is another. Unfortunately I have a brother who lives in downtown Portland, so sadly I will go there once a year. But for all the others in the news – nope. Not worth it.

I suspect that it is too late to salvage NYC.

NYC is the canary in the coal mine.

I think NYC will be ok. But, it will be a much longer path to recovery since there will likely be another bad mayor. When New Yorkers are willing to fill up jails with violent apes again, NYC will suddenly be a great place again.

An ape is running the city.
It will take a generation or two to rescue NY – maybe. But then, by the time that happens, civil war will have broken out in America.

It’s going to take a lot more than putting criminals in prison to improve NYC. The problem is the progressive fascists living in the city. They need to suffer a catastrophe that is caused by their policies. Like having half the city burned down and looted with ten’s of thousands murdered by criminals.

I agree—it appears that it’s ONLY when the Liberal scum begin to taste the medicine they’re shoving down the throats of others that, suddenly, the hypocrites begin to reconsider the effects of their policies.

Polls show dems losing minority voters overwhelmingly over defunding the cops.
I guess no one really likes criminals except the dem party

Hmmm…. I wonder why that is?

That’s because, practically, to a man and to a woman, the Demonrats ARE criminals.

I couldn’t understand 40 years ago why anyone would want to spend any more time in NYC than it takes to drive to/from JFK and anywhere else in the Northeast, and I don’t feel any differently now – except that I don’t fly into JFK anymore.

Black crime has become a national epidemic. Most of the criminals seem to be so uneducated as to be incapable of survival in a modern world. Diseducation is a product of dysfunctional school boards and teachers.
These near animals do not have real homes. Society must find a solution.

No, I strongly disagree with your assessment. Do NOT offer up any part of society as the first line of defense that failed the little bastards! That ‘honor’ goes to the parents who failed to instill and model proper values in the home.

Everyone should read this article that the progressive fascists are attempting to suppress:

The truth is usually a tough thing to accept, so I understand if this is flagged. It would be a cowardly thing to do, but I understand it. Some people just ignore unpleasant truths. However, if you think ignoring the problem, or trying to censor the truth, will help our black children improve, you’re dreaming. This is important, so I’m happy to repost – indefinitely if necessary. I find it interesting that NO ONE has had the intellect to refute anything in the essay. They can only attempt to censor it, as if doing so somehow makes it invalid. Weak minds, weak minds.

Until recently I taught at a predominantly black high school in a southeastern state.

The mainstream press gives a hint of what conditions are like in black schools, but only a hint. Expressions journalists use like “chaotic” or “poor learning environment” or “lack of discipline” do not capture what really happens. There is nothing like the day-to-day experience of teaching black children and that is what I will try to convey.

Most whites simply do not know what black people are like in large numbers, and the first encounter can be a shock.

One of the most immediately striking things about my students was that they were loud. They had little conception of ordinary decorum. It was not unusual for five blacks to be screaming at me at once. Instead of calming down and waiting for a lull in the din to make their point — something that occurs to even the dimmest white students — blacks just tried to yell over each other.

It did no good to try to quiet them, and white women were particularly inept at trying. I sat in on one woman’s class as she begged the children to pipe down. They just yelled louder so their voices would carry over hers.

We have family in NY and stopped visiting years ago,, they come to our homes instead. Even they HATE what the Lunatic Liberals have done to the city. It’s a Cesspool filled with Trash, Filth and Crime. You take a chance even breathing !!

The degenerate, corrupt New York government causes the problem, then swoops in to “solve” the problem. What friggin’ heroes, huh? Hey, New York, how’s that Andrew Cuomo investigation going? In New York you can literally get away with both murder and sexual assault….providing you’re in the right political party.

To barbiegirl ny: The one negative “down vote” was mine and IT WAS A MISTAKE! Once before I have complained to Legal Insurrection that a mistake made in their voting system DOESN’T ALLOW FOR CORRECTION. The “up” or “down” vote buttons are spaced too closely together when one is typing on an iPhone, as I am right now. I, in fact, AGREE with your comment. To Legal Insurrection: Please allow us to undo an unintended vote. *Second Request.*

Plot twist: He self-identifies as a white supremacist.

An invitation to a setup. Deja vu. The officers should heed history and be critical of their political paymasters and social elites who subscribe to the Pro-Choice religion.