“we’ve created a dedicated email address where anyone can report egregious, off-service misconduct in the categories above committed by a member of the Twitch community,” the company noted in an April 7th blog post. 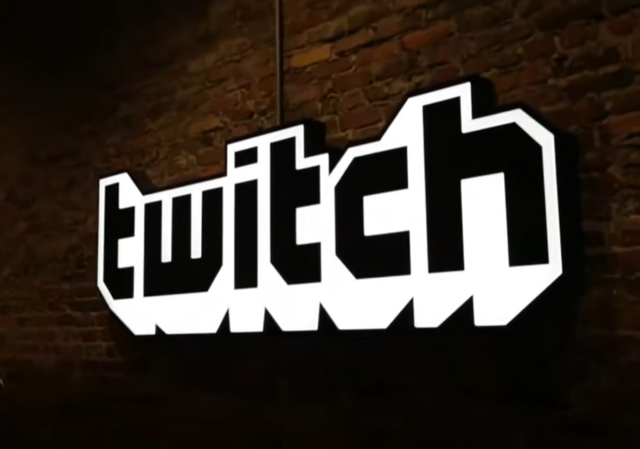 Various social media and video platforms like Twitter, Facebook, and YouTube have beefed up their respective terms of service and harassment policies over the years in an effort to combat legitimate instances of hate and harassment directed towards their users and to keep their services from being used to encourage and promote illegal activity.

While these places have teams of employees that “police” their various online communities, they heavily rely on random users to report other users who may be violating their TOS and/or their harassment policies. The combination of those teams of employee enforcers and the reliance on individual, often anonymous users has led to a lot of inconsistencies in who gets suspended or banned from these platforms.

Those inconsistencies became especially prevalent during the four years Trump was president, as “woke” platform users and industry officials who just so happened to be former aides to Democrat politicians began abusing their positions in order to punish Trump supporters for supposed WrongThink, as well as to censor any content that went contrary to official left-wing narratives about the Wuhan coronavirus.

Many of these same social media platforms used the Jan. 6th Capitol riots as an excuse to ban users who they said used their platforms to plan the riots, Twitter in particular. President Trump was banned from Facebook and Twitter for what they claimed in so many words was encouraging violence and using supposed code words to inspire more rioting. In addition to that, Parler was falsely accused of being the headquarters of sorts for the advance coordination of the riots, and as a result, they were forced offline and off of Google Play and the Apple app store just as they were rising to prominence over their competitors.

As it turns out, Facebook was the site where most of the coordination reportedly took place. But unlike Parler, which actually warned the feds of possible violence prior to the Capitol riots and which is just now getting its sea legs back, Facebook has never faced punishment.

All of this brings me to Twitch, which is a live streaming platform for gamers and pretty much anyone else who wants to talk about anything under the sun from the latest news, fashion stuff, cooking tips, etc. Lots of money can be and has been made by popular streamers, but along the way Twitch, too, has updated their TOS and harassment policies to deal with unsavory characters, and they, too, have dealt with users who abuse the rules to report and hurt other users they don’t like.

But while most social media platforms including Twitch have longstanding policies that are meant to address abuse that happens directly on their respective sites, Twitch has just taken policing – or, I should say, thought-policing their users to a whole new level:

In January, we began enforcing our updated Hateful Conduct and Harassment policy so we could better protect every person on Twitch.

Today, we want to share our plans for how we’ll handle incidents that happen off Twitch.

Specifically, Twitch plans on taking action against its users for engaging in alleged “serious offenses” which “occur entirely off Twitch”:

Category two: We will now enforce against serious offenses that pose a substantial safety risk to the Twitch community, even if these actions occur entirely off Twitch. Examples of these behaviors include:

-Deadly violence and violent extremism
-Terrorist activities or recruiting
-Explicit and/or credible threats of mass violence (i.e. threats against a group of people, event, or location where people would gather).
-Leadership or membership in a known hate group
-Carrying out or acting as an accomplice to non-consensual sexual activities and/or sexual assault
-Sexual exploitation of children, such as child grooming and solicitation/distribution of underage sexual materials
-Actions that would directly and explicitly compromise the physical safety of the Twitch community, such as threatening violence at a Twitch event
-Explicit and/or credible threats against Twitch, including Twitch staff

These behaviors represent some of the most egregious types of physical and psychological harm, but we understand that this list is not inclusive of all types of harassment and abuse.

For behaviors that take place off Twitch, we must rely more heavily on law enforcement and other services to share relevant evidence before we can move forward.

In order to be as thorough and efficient as possible in these situations, we’re bringing on a highly-regarded third party investigative partner to support our internal team with these investigations.

Additionally, we’ve created a dedicated email address where anyone can report egregious, off-service misconduct in the categories above committed by a member of the Twitch community.

A lot, as anyone familiar with the abuses of the various TOS/harassment policies I mentioned earlier well knows.

YouTube is littered with compilation videos of Twitch users being “swatted” by other users, where you see local law enforcement swoop into someone’s home in full riot gear to take down a Twitch gamer after another Twitch user found out where they lived and called 911 on them.

Show of hands how many people believe that Twitch users will not similarly abuse the ability to report alleged “off-service misconduct” as a way to get back at other users they don’t like?

While Facebook and Twitter don’t have explicit rules about policing alleged offline offenses, there’s little doubt that some of the things Trump said independent of those platforms (in speeches, interviews, etc.) were part of the reason why he was banished from them and why he has still not been allowed to return.

Countless other conservatives/Republicans have shared the same fate, both for online content as well as offline. So while Twitter and FB don’t tell you in black in white that thought-policing is what they do, it is in fact what they do. It’s just that, unlike the Twitch platform, Facebook and Twitter aren’t too keen on saying the quiet part out loud.

No big deal. Fascists have always operated systems that encourage people to snitch on those they don’t like. At least, it’s better than back when anyone could call someone a witch and get her burned at the stake.

Or, call them a communist and get them blacklisted. Or, call their trademark Satanic and through massive pressure, compel them to change it. Or, scream “racism!” and get logos changed or famous and beloved brand names changed.

Well, now they call you a racist; and burn you online on social media which may be worse or comparable to some

I’m no lawyer, but we have plenty on site. 🙂 Wouldn’t this be contracting their playerbase to digitally stalk i violation of federal anti stalking law? Specifically referring to the section of the federal anti stalking law which covers “acts with the intent to kill, injure, harass, intimidate, or place the victim under surveillance in order to kill, injure, harass, or intimidate that person.” as covers at least the harassment and intimidation of a person.

I don’t think it rises to harassment, unfortunately. The snitch patrol from the useful idiot collective just has to find you and report you. They don’t have to say a word to you.

Sounds to me like they are enticing people to report criminal activity to them, that those people should be reporting to police instead. If so, are they illegally impersonating law enforcement, or just running an illegal vigilante operation?

Leadership or membership in a hate group is not illegal. Particularly given the list to identify said hate groups probably comes from the SPLC. The SPLC lists the Border Patrol and the Jewish Defamation League as hate groups, among other boggling groups.

So BLM and Antifa are all permanently banned from Twitch?

-Leadership or membership in a known hate group

Big Brother thanks you. Your social credit scores will be adjusted to reflect his approval.

They should just rename the platform from ‘Twitch’ to ‘Snitch’

It sounds to me like this is a ripe opportunity to set them up for huge damages.

How? If all they do to the snitched-upon is denying them their services, what damage will they have suffered?

So many potential damages worse than mere denial-of-service if a police SWAT team storms into someone’s house in the middle of the night.

Denying them their services on the basis of a lie would arguably be slander.

I’ve been an avid video gamer for a couple of decades and I’ve never understood the point of Twitch. I can’t imagine anything more boring than watching a stranger play video games.

Increasingly I can’t help but feel that there’s a bigger problem than the lopsided censorship with sites like YouTube and Twitch, and it’s that millions of people have been seduced into wasting their time producing (and consuming) narcissistic trash instead of putting that effort into anything of real value.

So a streaming service I’ve never heard of before and am unlikely ever to join has decided to police its users off-site activities and ban/delete any user accounts but not before turning all the users PII over to a “third-party investigative service” for investigation.

Tell me again why I should care that this service is committing suicide?

You’ve never heard of Twitch? It’s huge for online gaming and growing elsewhere. And why you should care; is if you have kids/grandkids or family friends that do; this service is providing a lot of influence to the next generation and it’s just another way for fascism/communism to take root and then kill the country.

Nope. Never heard of Twitch. I don’t use the service nor do I know any of my friends/family or others that do either. If anyone does then the get what the deserve and not a penny less for supporting the service and their idiotic “community standards”. But for us not involved we’ve got better things to do than worry about some idiotic service that’s decided to abuse their users in such a manner. And that’s the truth.

in an effort to
Citing facts not in evidence.

Those inconsistencies became especially prevalent
Ummmm, that word “inconsistencies” doesn’t mean what you think it means. Your paragraph shows anything but inconsistency in what and whom they ban or curtail.

We will now enforce against serious offenses that pose a substantial safety risk to the Twitch community
First time they do it and someone is not charged or is found not guilty, I expect Twitch to have a new owner. You’re potentially committing slander every time you shut someone off from your platform. Good luck with that.

The solution for this will be simple. Someone will start creating a “platform in a box” to eliminate dependence on the oligopoly of streaming. This is long over due.