Minnesota law does not allow a third party to return more than three ballots, which the state Supreme Court upheld in July. 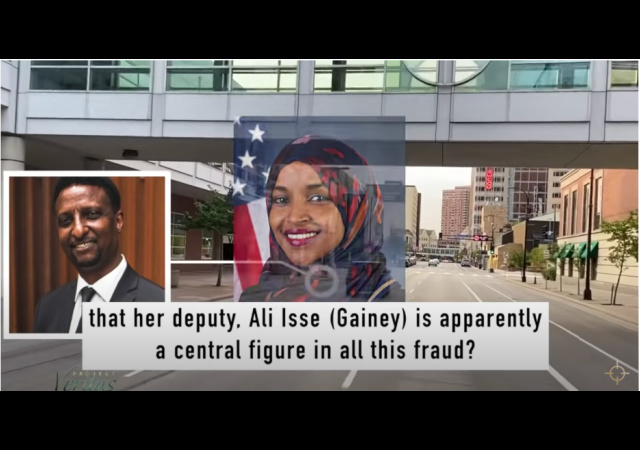 The Minneapolis police announced Monday night that they are evaluating these allegations.

ALLEGATIONS OF VOTER FRAUD BEING EVALUATED. ✅ The MPD is aware of the allegations of vote harvesting. We are in the process of looking into the validity of those statements. No further information is available at this time on this.

The last location “also functions as a voting location and ballot drop-off site.”

The video played a Snapchat of one “ballot broker” showing off all the absentee ballots in his car:

“Numbers don’t lie. Numbers don’t lie. You can see my car is full. All these here are absentees’ ballots. Can’t you see? Look at all these, my car is full. All these are for Jamal Osman… We got 300 today for Jamal Osman only,” said Liban Mohamed in a series of Snapchat videos posted July 1 and July 2 on his own Snapchat profile.

Mohamed said he was collecting the ballots to help his brother win the city’s Aug. 11 special election for a vacant Ward 6 city council race—which was held the same day as the primary for Omar’s MN-05 congressional seat. Ward 6 is the heart of the city’s Somali community and the Omar’s political base.

But the shocker came when Omar’s name popped up from a former political worker:

The source said, “[Gainey], who’s working in Ilhan’s campaign is the one who is managing the voting place. They bring them. They line them. They put the open ballots in there and then they take them in and say, ‘Here,’ and the people mark [the ballots].”

The practice is pervasive she said.

“People that are showing their ID: ‘I moved 30 days ago, my ID’s not come back.’ ‘OK, just give us the last four of your social and tell us the address,’ and then somebody else will say ‘Yeah.’ They will send people who are helping them vote and saying: ‘Yeah, I can vouch for this madness,’” she said.

Minnesota law does not allow a third party to return more than three ballots, which the state Supreme Court upheld in July.

President Donald Trump described the actions of those in the video as “totally illegal.” He wondered out loud if the U.S. Attorney in Minnesota is looking into the allegations along with other of Omar’s “many misdeeds.”

Trump exclaimed that the Republicans “will win Minnesota because of her, and law enforcement.”

While the media and the local DA evaluate how to cover it up.

Nothing will come of this. Or at most, one person will get a slap on a wrist for having possession of some empty ballots but “… it was caught in time and no counts were changed!”

The process is tots secure, y’all! See, someone tried fraud and we caught it this time. System works!

Republicans have one chance to get the house and senate back and implement real voting integrity, or we are going banana republic.

There will be no nothing about this. Minneapolis police know the rules, laws are not for Democrats

MN GOP Rep. @stevedraz recounts why he went to @jamesokeefeiii w/Ilhan-tied election fraud after reporting to FBI: “I was not convinced that they were going to do an investigation…the only other organization that would do this & bring it to the surface was @project_veritas.”
https://twitter.com/michellemalkin/status/1310758479104077825

The Minneapolis police announced Monday night that they are evaluating these allegations.
(emphasis added)
Yeah, but just like the rest of her illegal activities, I bet they never do anything beyond “investigate”. What needs to happen is some indicting and arresting and trying.

Rule of law? In this country? Pfft. She brought Somalia with her.

Minneapolis is the Swamp, Upper Midwest version. Nothing will happen to the rats. They are untouchable.

I’d say call in the FBI, but then I started giggling.

The 2nd video, released today, is even more damning.
What’s so frustrating is that we have no one to trust to put
an end to it and prosecute those responsible.
Nothing came of the strong allegations of Omar’s immigration fraud either.

“The MPD is aware of the allegations of vote harvesting. We are in the process of looking into the validity of those statements.”

The MPD said while taking a knee…

Why is a third party allowed to return any ballots at all? Is the three ballot count cumulative or is that only per trip? Why are there ‘drop off boxes”?

For over two centuries we’ve held elections with poll watchers observing and ensuring that every would-be voter was on the voter registration list, that the voter was given one ballot, that the voter marked his ballot himself and that the ballot was placed in a sealed ballot box.

No more. Millions of ballots are distributed freely throughout the land to only to registered voters it is claimed, but there are no witnesses. So nobody knows who received ballots or who did not receive ballots or who who marked ballots or who returned ballots. None of this process is monitored by poll watchers from differing political parties.

The election is an illusion; the process is managed from start to finish by bureaucrats who will determine the outcome. Minneapolis hasn’t had a Republican mayor in over 50 years.

The MN governor needs to restrict voting to in-person polling places that use only paper ballots. Anything else is complicit with Omar’s vote-buying and the Somali mafia apparently running Minneapolis.

Waltz? He’s a Democrat (technically DFL) and just as much a leftist as the Minneapolis mayor if not America-hating Omar herself. Hell, he’s probably in on the scheme.

this was known in 2018 why did it take 2 years a James O’Keefe to expose this?

Tune up his bagpipes?

The MPD could just be po’d enough that the Mayor threw them under the bus and the city council tried to defund them that they just may do something about it.

Would you like working in a PD that has to provide protection to Omar when she’s in town, giving speeches about how awful the police are?

Prison. No fines, no censur, no “naughty, naughty”. Bars with an orange jumpsuit for all of them is the only way to preserve the republic. Any less is rewarding sedition.

First order of business upon re-election: kick him and Wray out.

It is time to quit worrying about party affiliations and start identifying who is a Patriot and who is not. If you don’t like this country and it’s form of government then no government check of any kind. It must be so tiresome to be pissed off all the time about where you live. There are airlines flying all over the world. Please buy a one way ticket.

That’s exactly what Democrat candidates say. Who then go on and become Pelosi/Schumer lackeys when they become Congresscritters.

Oh, yes. It’s passed time to worry about party affiliation. Ever since the Democrat party literally became the death to America party about 30 years ago.