“The resolution states that the renaming is part of a larger movement to remove ‘white supremacist symbols and names [that are] reshaping American institutions, monuments, businesses, nonprofits, sports leagues, and teams’.” 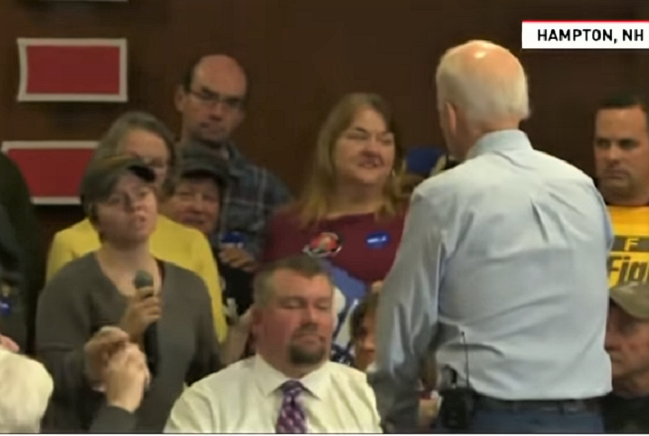 Apparently, the lily white left is so desperate to prove it’s not racist and that it’s well and truly woke, the wokiest!, that it’s hunting for things to rename in the name of looking like they care about anything remotely related to black people.  Like a two-runway airport no one’s ever heard of named for an actor the majority of the rioter youth have probably never heard of.

In Orange Country, California, they are indulging themselves in a campaign to rename John Wayne Airport. I kid you not.

Democratic officials in Orange County, Calif., are calling for John Wayne Airport to be renamed amid the resurfacing of comments the late Western movie star made decades ago.

On Friday, the Democratic Party of Orange County passed a resolution condemning the Duke for “racist and bigoted statements” he made during an interview with “Playboy” in 1971, according to the Los Angeles Times.

The resolution called for the Orange County Board of Supervisors to remove Wayne’s name, statue,and other likenesses from the international airport and “restore its original name: Orange County Airport.”

“There have been past efforts to get this done and now we’re putting our name and our backing into this to make sure there is a name change,” said Ada Briceño, chairperson of the Democratic Party of Orange County.

The resolution states that the renaming is part of a larger movement to remove “white supremacist symbols and names [that are] reshaping American institutions, monuments, businesses, nonprofits, sports leagues, and teams.”

I’m pretty sure that Joe Biden’s campaign staff/handlers told him to stop calling young women “lying dog-faced pony soldiers” after the debacle earlier this year, but someone needs to tell him that the hero he likes to ramble on about and (mis?) quote is now persona non grata.

Like Olivia notes, it's a joke that was met with…. drumroll… laughter in the room and from the questioner. It's from a John Wayne movie and he's made it plenty of times before. Sorry to ruin the fun twitter! https://t.co/XIbn8wF53W https://t.co/5D0Kk06RGK

As to the Democrats of Orange county, what can you say?  In the future, people will speak of their bravery, their contribution to racial harmony in the hushed tones we now reserve for those who walked with Martin Luther King, Jr.  Or you know, just laugh really loudly about what self-aggrandizing, clueless twits they are.

Part of the reason the airport was so named because Wayne eschewed the normal Hollywood local and took up residence frequently on his boat moored in Newport Beach. Being a staunch Republican made that a worthy reason to name the airport after him.

The real reason they want to change the name has nothing to do with racism. They want to erase Orange County from ever having been a stronghold of Republicans. And to take Wayne’s name off of the airport will embolden Democrats to turn Orange County into another liberal stronghold.

I agree. I’m flying in to John Wayne on Friday. Been there many times as my oldest son lives only a mile away. This could be the last time since he will be escaping California soon. Love the airport, love the name. Don’t let the lying dog faced pony soldiers get their way.

Can this apply to buildings and places as well?

Locally there’s the John Wayne Marina, so named because he donated the land for it. ( https://portofpa.com/186/John-Wayne-Marina ) He loved Sequim and influenced a number of celebs to buy homes here. A year or 2 ago, the city council flirted with the idea of selling it to a couple developers who were hot to get their hands on it. Locals contacted the Wayne family who in turn reminded city gov’t that it was gifted to the public in perpetuity – and to sell it would be a breech. Or so I understood the issue at the time. The council was all apologies to the public and the developers made a hasty retreat.

Orange county folks may want to solicit a statement from JW’s family. I get the impression he weren’t the only republican in that family.

The left wants to remove racism by only seeing race. Obviously, there is another agenda in play. By any means necessary. Can you say Comrade?

The left-right, totalitarian-anarchist nexus is leftist.

How about: Smollett Crash & Burn Airport

Black lives do matter but so does John Wayne

“Apparently, the lily white left is so desperate to prove it’s not racist…that it’s hunting for things to rename…”

The left has always hated John Wayne, presumably as an unapologetic symbol of America.

Used to fly from Atlanta to SoCal on business all the time… that’s a great airport. Easy in, easy out.

The secular version: “Out of the crooked timber of humanity, no straight thing was ever made.”

The Christian version: “For for all have fallen short of the glory of God and His righteous requirements”

The Church of Woke version: All those who are less than perfect must be destroyed. Or, for the dead, their memory and all their works must be so thoroughly destroyed that it shall be as though they never existed.

Of course, John Wayne was a product of his time and place. As was Abraham Lincoln. As are we all. Which is why the Church of Woke can accept nothing less than a total resetting of the clock to Year One: all that went before must be destroyed!

And what could possibly go wrong with such exalted utopianism? Or have they not read enough history to understand that utopian revolutionaries always react with extreme violence once they realize that that “crooked timber” never can (and therefore never will) meet their exalted standards?

Why, why (they ask) do The People force us to perform shocking acts of violence against theme, when we would gladly give them utopia?

The biggest racists are the ones crying racism. If we change all the names, and pull down all the statues, will the hatred towards whitey stop? Will black on white crime stop? No. The more they get, the more they’ll want. End the freebies. End all the entitlement programs. Kill that culture once and for all. Integrate them all back into society. Resistance is futile……

“The biggest racists are the ones crying racism.”

Security cams, police bodycams and dashboard cams have given us proof that many claims of racism are utterly false–sometimes used by criminals to escape punishment and sometimes used to harm random innocents.

The one Duke quote that applies here:

“Life is hard, but its harder when you’re stupid”

-All history before us was evil.

I might be more sympathetic if it weren’t so obvious that when they say “white supremacist symbols and names” they just mean anything associated with Western Civilization in general or American history and culture in particular.

(Which reminds me, who was it that defined a “liberal” as someone incapable of taking his own side in an argument?)

This is surprising coming from a county named after our Orange President.

I hope not the John Wayne School a Elocution.

You tend to forget, Cavett said, that Wayne is an actor, not a cowboy.

Wish there were republicans in the house and senate with stones enough to cover the names of Joe Biden for all his racist remarks, perhaps even remove his photo wherever it is displayed. Likewise Nancy Pelosi and Chuck Schumer who can’t even remember the name of George Floyd even while they politicize and pander over his death.

The cancer is everywhere.

Waiting for these SJW Don Quixote jousters (and jesters!) to “storm the castle” with their pitchforks and torches to erase ALL references to the sainted Lyndon Banes Johnson.

Good ol’ LBJ wasn’t exactly a paragon of virtue himself, widely quoted — regarding the historic passage of the Civil Rights Act (which, without Republican support, would have totally failed due to insufficient Dem support) — that “This will have those “N-words” voting Democrat for the next 200 years.”

Wow, such “woke” empathy for the (mostly by Democrats) downtrodden.

Yup, shows the not-so-altruistic motives behind the pursuit of the Dixiecrats’ coveted (taken for granted) voting bloc.

For even modern Dems, “old times there are not forgotten!”

They’ve replaced physical Plantation fences with educational and economic “chains” to keep their captive voting base forever dependent upon their Dem overlords.