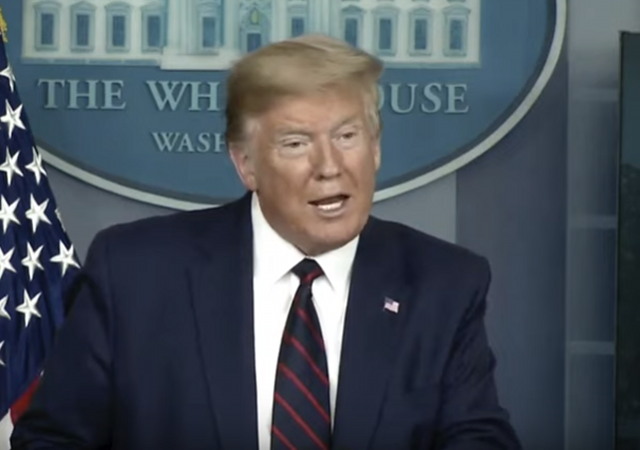 Wednesday morning, Bernie Sanders announced he was suspending his presidential campaign as the Democrat base had glommed onto former Vice President Biden as the man to save us all from the bad orange man (full story here).

Even though Sanders is out of the race, he’s decided to remain on the ballot as a means of pressuring the DNC. Leverage. Or annoyance, depending on which side of the fence you’re on.

Shortly after the announcement, Trump tweeted, congratulating Senator Elizabeth Warren for tanking Sanders’ campaign. Warren refused to endorse a candidate after exiting the presidential race, leaving many (including us) to speculate she was hedging her bets, waiting for a primary collapse so she could swoop in and save the day.

“With Bernie Sanders suspending his campaign, it’s all but official that the Democrat establishment got the candidate they wanted in Joe Biden, as well as the candidate President Trump will destroy in November. President Trump is still disrupting Washington, DC, while Biden represents the old, tired way and continuing to coddle the communist regime in China. Democrat elites shoved Bernie Sanders to the side for a second time, leaving many of his supporters looking for a new home.”

I’m sure it won’t be long before we find out what the DNC has up their sleeve, but they can’t seriously believe Biden will best Trump. I would love to know what it took to get Bernie to drop out. Had to have been good.

A vacation home in Cuba!!

Purely a coincidence, I’m sure.

Biden’s going to appoint him to the Supreme Court so they can transplant his brain into another animatronic like RBG.

I wish Trump would STFU and not always be a wise ass.

Oh no! With leftists he takes every opportunity to step on their last nerve. That’s how to fight them and hopefully start to turn them against each other.

That he does … but good God … he P & M’s about friggin’ everything.

And he can put his Soviet flag back in its place in his Senate office.

I wonder which of his mansions he’ll retire to first, to recover from this loss?