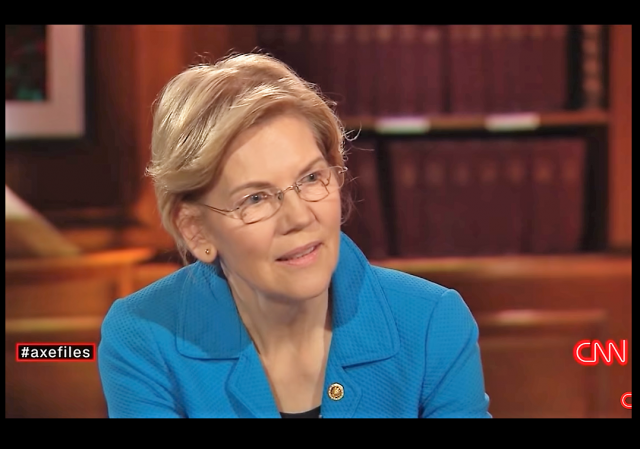 If the latest polls are any indication, radical, disruptive socialist schemes like the Green New Deal and Medicare for All are not resonating with Democrat primary voters.

Pete Buttigieg has rocketed to the top of the latest Des Moines Register/CNN/Mediacom Iowa Poll in the latest reshuffling of the top tier of 2020 Democratic presidential candidates.

Since September, Buttigieg has risen 16 percentage points among Iowa’s likely Democratic caucusgoers, with 25% now saying he is their first choice for president. For the first time in the Register’s Iowa Poll, he bests rivals Joe Biden, Bernie Sanders and Elizabeth Warren, who are now clustered in competition for second place and about 10 percentage points behind the South Bend, Indiana, mayor.

Warren, a U.S. senator from Massachusetts, led the September Iowa Poll, when 22% said she was their first choice. In this poll, her support slips to 16%. Former Vice President Biden, who led the Register’s first three Iowa Polls of the 2020 caucus cycle, has continued to slide, falling 5 percentage points to 15%. Sanders, a U.S. senator from Vermont, also garners 15% — a 4 percentage point rise.

Also of note in this poll, Sen. Amy Klobuchar (D-MN) has seen her support double since the last poll in September.  She has now moved to 6% support in a vast (and apparently ever-expanding) Democrat presidential primary field.

The mayor of South Bend shot to the top of a Des Moines Register/CNN/Mediacom Iowa Poll released over the weekend, rising 16 percentage points among Iowa’s likely Democratic caucusgoers.

Busting out of the pack with 25% support, Buttigieg was trailed by Elizabeth Warren, Bernie Sanders and Joe Biden, all in a three-way tie for second at about 15% support. Klobuchar was in fifth place at 6%, which she hailed as a doubling of her support since the last Register poll in September.

What do Buttigieg, who is also surging in New Hampshire, and Klobuchar have in common?  They are not calling for a socialist “revolution,” and they do not want to fundamentally transform our country or remake its economy with “big, bold plans” for everything from “free” healthcare to open borders to restricting air travel to eliminating cow farts.

If Democrat primary voters get it, just imagine what the general electorate will think of Warren’s and Sanders’ enormously disruptive and cost-prohibitive pie-in-the-sky socialist fantasies.

notamemberofanyorganizedpolicital in reply to DouglasJBender. | November 17, 2019 at 11:29 pm

Peter Paul ….. – Mark Zuckeburg’s college boy friend……….and recipient of Mark’s biggest deposits in the run to date…..will not be the 2020 DEM CAN……

-A lot of the people are confused because they didn’t endorse.

-They used stock photos from Kenya.

gad-fly in reply to notamemberofanyorganizedpolicital. | November 18, 2019 at 3:39 am

The article which cites 400 blacks endorsing Mayor Pete came from an obscure webite HBCUtimes.com – not the South Bend Mayor’s campaign.

The campaign only linked to what the HBCU Times SAID about these endorsements.

The campaign has taken the typical non-apology, non-responsibility responsibility for putting out the claim that 400 black South Carolinians on their list endorsed the plan. The campaign put out a statement that they had sent out an email telling people whose endorsement they were hijacking that they had to opt out of being on the list (like that’s the way this sort of thing works). Which pretty much blows out of the water, gad-fly, your false claim that somehow the HBCU Times and not the Buttigieg campaign is responsible for this unintentionally comical train wreck.

But if that isn’t enough for you, but for the amusement of others, several people on the list confirmed that they did have conversations with the Buttigieg campaign, but never the HBCU Times. For instance, one guy on the list is State Rep. Rory Thigpen. He said that he did talk to the Buttigieg campaign but thought he made it clear that he was a Bernie Sanders supporter and that he didn’t endorse either Buttigieg as a candidate nor his Douglass plan. He just said that he was open to further conversations on the subject.

Johnnie Cordero, chairman of the Democratic Black Caucus of South Carolina, also wonders how the hell he got on that list. He told the Buttigieg he didn’t endorse their plan. He says he had lots of questions about it, and the campaign never answered his questions, so he couldn’t endorse it.

But the wannabe white masters of the Democrat plantation said, “Oh yes you do!” And put him on the list.

All the sites quoting it.

Ah – so he doesn’t look like you do? Does that mean that you are orange?

So, Iowa caucus goers are rejecting radical leftist schemes? Buttigieg is as much a radical leftist as anyone. He just changed his messaging to sound more moderate. And now, according to this poll, he is in first place with a commanding lead.

I was going to express some sympathy for them. They don’t have much material to work with. None of the clowns on the debate stage can possibly win.

But then I realize it’s their own damned fault for being Dems.

notamemberofanyorganizedpolicital in reply to Arminius. | November 18, 2019 at 10:25 am

Deval Patrick, former governor of Massachusetts and
newly-resigned executive of Mitt Romney’s private equity firm Bain Capital, has entered the Democratic primary race, which is shaping up to be the biggest ensemble-disaster comedy since Cannonball Run.

The author writing for Rolling Stone, can’t bring himself to use the correct postal abbreviation for Indiana when talking about Mayor Pete of South Bend, IN.

The story described “concern” that “party elites” have about the existing field:

With doubts rising about former Vice President Joseph R. Biden’s ability to finance a multistate primary campaign, persistent questions about Senator Elizabeth Warren’s viability in the general election and skepticism that Mayor Pete Buttigieg, of South Bend, Ind., can broaden his appeal beyond white voters, Democratic leaders are engaging in a familiar rite: fretting about who is in the race…

There’s something happening that the unelected oligarchs I like to call The Davos Crowd hate more than anything else. They can’t seem to buy people off anymore…

When we look around the world today at the plethora of popular/populist uprisings both peaceful and unruly we see the same thread running through them at their core.

The people simply don’t believe that the system works for them anymore. Whatever the catalyst was that got them off their couches and into the streets was the proverbial last straw.

And they can’t be bought.

Arminius in reply to notamemberofanyorganizedpolicital. | November 18, 2019 at 7:35 pm

Deval Patrick’s candidacy into the race should be just the shot in the arm the Dems need to regain the momentum.

Take a look at the Hu-mongous crowds he’s pulling in (photos in thread).

Every 4 years we go through this as if it is a huge deal.

Iowa only matters to Iowa and the pundit class.

Who won last time? Who cares?

Obama gave an early plug for Buttigieg so I’m sure that is what is putting his numbers higher.

Either that or they are using the same polling that Hillary had.

That was a buttplug.

notamemberofanyorganizedpolicital in reply to Anacleto Mitraglia. | November 18, 2019 at 9:48 am

That from the Great Head Below Ankles Obama I can believe.

notamemberofanyorganizedpolicital in reply to Anacleto Mitraglia. | November 18, 2019 at 9:49 am

Pete Buttigieg trumpeted his support for Barack Obama as “personal”…..

The U.S. can slash health-care costs 75% with 2 fundamental changes — and without ‘Medicare for All’
h/t [email protected]://www.market-ticker.org/akcs-www?post=237387

Oh, and a market economy is not a barter economy, although it can accommodate the latter.

Buttplugs rise should have been obvious. I saw it weeks ago after Sandernista had a heart attack, and I looked what the other options are. I suddenly realized Buttplug will start looking very appealing to Dems (not necessarily leftists).

notamemberofanyorganizedpolicital in reply to NotCoach. | November 18, 2019 at 9:45 am

And Pete will have such great slogans!

“Vote for me, Alfred E. Neuman, cause I suck
less than the others!”

Much like the republicans in 2015-2016, the dems are giving various candidates a look, and then rejecting them, one at a time. Joe was the safe choice, but he’s too sleepy and is now ruined by the Ukraine scandal. They gave Kamala a good look, cause she checked all of the leftist boxes, and recoiled in horror. They know that Bernie is crazy, and with his heart attack, too old. Warren is becoming toxic the more she talks. Beto is gone. So, they’re starting to look deeper into the list, at Mayor Pete and Klobuchar. I expect that they’ll find them wanting too. That’s why people are still jumping in to the field (Bloomberg), even as others fall away. I assume that Steyer and Yang will soon get a brief bump. What we’re witnessing is the fracturing of the democrat party. Much like the way that Trump broke the republican party in 2015-2016.

Maybe Peter Paul can get Omar to work for him in Iowa.

A sodomite, a communist and a senile lifer are the best of the best for the Dems. Happy days are here again indeed.

notamemberofanyorganizedpolicital in reply to MAJack. | November 18, 2019 at 10:36 am

Now if only Transexual Hill Clinton would throw his hat into the ring…….

I wish Hillary! would jump into the race.

I really enjoyed watching the suicidal looks of dismay on the faces of the news readers in the MSM that November night. Not to mention the libs who expected to see a Hillary! victory speech start crying their eyes out as they watched the election results roll in, and the waterworks really getting going when John Podesta had to come out in her stead and tell everyone to go home.

Hillary! being already on her third bottle of Grey Goose.