Ronn Jermaine Bell has a lengthy rap sheet, but police are not yet suggesting an alleged motive 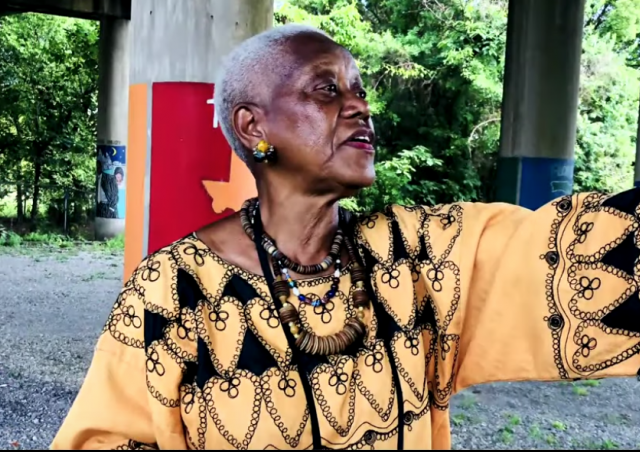 An arrest has been made in the gruesome murder of 75-year-old civil rights activist, Sadie Roberts-Joseph. She was found dead in the trunk of her car last week.

Tuesday, an arrest was made. Police arrested Jermaine Bell, 38. Bell was a registered sex offender and tenant of Roberts-Joesph and was several months behind in rent, but police say they are still unclear as to the any alleged motive.

A tenant of Baton Rouge civil rights activist Sadie Roberts-Joseph, who owed the woman $1,200 in back rent, was arrested Tuesday and accused of suffocating her and leaving her body inside the trunk of her car.

At a news conference, police said Ronn Jermaine Bell, 38, who was also a registered sex offender, was months behind on his rent, but Chief Murphy Paul said a motive hadn’t been determined officially.

An affidavit said video evidence showed Bell near where Roberts-Joseph’s car was found Friday afternoon, and that his DNA was found on her body. During the investigation, Bell acknowledged he was behind on his rent but that Roberts-Joseph had given him permission to stay as long as he paid her something.

…Bell’s criminal record includes a child rape case in the early 2000s. Authorities said he was already in jail on another charge, related to violating the requirements for registered sex offenders, when he was identified as a suspect in this case. The sheriff’s office filed an affidavit of probable cause Monday, saying he hadn’t yet paid his $60 registration fee for 2019. He was rebooked Tuesday afternoon on a count of first-degree murder.

Bell was arrested in 2006 and accused of raping a child in 2004, when she was 9 years old and he was 23. He was charged with aggravated rape but ultimately pleaded guilty to sexual battery and was sentenced to seven years in prison.

I’m guessing this guy is a MAGA-hat wearing racist who has been radicalized recently by Trump’s tweets.

Whoops, just saw his picture. Back to the drawing board.

Take a look at crime stats, this comes naturally, more so with some people than others.

well you know, if you’re the MSM, then it’s always the convicted Child Rapist with no job and a long criminal record that you least suspect.

He’s a child rapist and a murderer. He’s the perfect guy to head planned parenthood, now that they fired Wen.

But does Bell approve of guys in dresses?

Senseless. To kill someone and watch the life go out of them. Then stuff them in a trunk. Ugh! That is hate.

Black lives matter as long as they advance the agenda. Here? Not so much

This story will die by the end of tomorrow.

I suspect they are working on a way to link him to Epstein.

“An arrest has been made in the gruesome murder of 75-year-old civil rights activist, Sadie Roberts-Joseph. She was found dead in the trunk of her car last week.”

I read the news reports about this murder, but nothing I saw justifies the use of the word “gruesome.” Of course, all murder is unpleasant.

If she was wearing a MAGA hat, the denocrat media would report the murder as “wholesome.”

And with that the left lost interest.

Yep, it’s all about the agenda. A few years ago an Afghan woman was murdered in Fremont, an SF Bay area suburb with a large population of Afghan ex-pats. The local media was full of stories about “Islamophobia” until the police caught the perps – two Hispanic guys, didn’t say whether they were, uh, “documented” and no religious motive. The press dropped the case like dirty underwear, did not even stick around long enough to say whether it was rape or robbery.

Bell looks like a congressman we all love to hate, doesn’t he? But better looking.

Give him a shawl and he’ll look like Ilhan et al.

April 2019 – The Penalty of Death
Louisiana is among 30 states that allows the death penalty as a form of criminal punishment. Currently, executions in the state are on hold due to a federal suit against Louisiana over its lethal injection protocol.Apr 24, 2019

It seems to me that they should return to an old fashioned firing squad, and clear out the backlog.

Maybe we can as

Ropes are even cheaper, since they can be reused.

Well, as I look at the perp, I can safely say we won’t be hearing any more about this in the lamestream media.