The cruelest recent cuts to Warren’s presidential ambitions have come from the left and those closest to her. 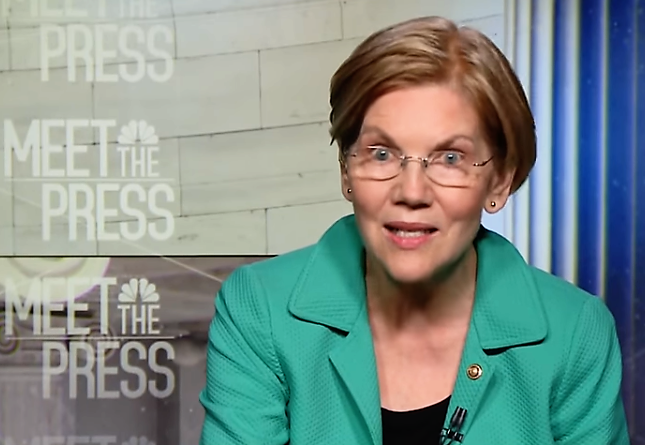 Elizabeth Warren’s presidential ambitions are taking hits from all directions. You expect it from the “dark money” “right-wing” “extremists” Warren complains about.

But the cruelest cuts are coming form the left and her own once-upon-a-time supporters. And it all comes down to a problem Legal Insurrection has been following since May 2012, Warren’s ethnic deception in claiming Native American status for employment purposes.

While others considered the issue long-gone, we stayed on the case, including here and at ElizabethWarrenWiki.org. We have never called her names like others have, we just deal in facts, and the facts are that she is not Native American and did try to use the false claim to her advantage.

Warren’s attempt to settle the issue with a DNA test did not settle anything.

The most vociferous criticism of Warren comes from the left, as we documented in these two recent posts:

Already battling controversy over her claimed Native American heritage, Sen. Elizabeth Warren is nearing a decision whether to seek the presidency with a second problem: fissures in the tightknit political operation that has guided her throughout her career.

Mindy Myers, who was one of the primary architects of Warren’s political rise and has remained one of her close advisers, had been expected to play a senior role in the senator’s campaign. But she has been in talks with several rival campaigns and is planning to meet soon with Rep. Beto O’Rourke (D-Tex.), who is considering a presidential run.

Myers ran Warren’s 2012 U.S. Senate campaign and then served as her senate chief of staff, giving her a deep understanding of Warren’s strengths and weaknesses….

Myers, as well as other top Warren’s top aides, declined to comment for this article. Some close to the senator said it is possible that she could still have a role in a Warren campaign, but likely not the top job of campaign manager.

That Myers even is shopping herself around to others is a devastating lack of confidence in Warren’s chances. This and other fissures in the campaign team resulting from the Native American stumble could trigger Warren into not running, WaPo notes:

Those close to Warren have warned recently that while she is still widely expected to enter the race, there remains a chance that she decides against it.

“I don’t have any sense she’s made a final decision that she’s running,” said one Massachusetts Democrat close to her.

I still expect Warren to run. She is oblivious and in denial as to the damage done to her by the Native American issue. The problem is not just how she misappropriated Native American identity, it’s how she reacted once it was discovered in late April 2012.

Denial, distraction, and denigration of those calling her out on the issue have been the tactics since the beginning. We know, we were one of her targets, Elizabeth Warren loses it, lashes out at “right wing extremist” (me) (June 19, 2012).

Now she has “left-wing extremists” on her case, as this Rolling Stone article by Jamil Smith slams Warren’s and the mainstream media’s denial tactics, Why Elizabeth Warren’s DNA Fiasco Matters:

… The story is not the Right’s handling of the DNA story or how reporting it “plays into their hands.” The story is the concern coming from the Left, specifically from one of the most marginalized and terrorized minorities in this nation. Equating this with the Clinton email story is asinine, speaking more to the trauma and guilt of journalists who feel that our profession played a significant role in getting Trump elected.

If the DNA story doesn’t touch your life somehow, consider yourself privileged. It clearly matters to a less recognized, yet significant bloc of Warren’s party. Warren’s office declined comment to Rolling Stone on Herndon’s report. I believe that the senator doesn’t yet seem to understand that she bungled this. Yet, we are supposed to let the story go because some members of the press either make false equivalencies — or, even worse, prioritize tidying up Warren’s narrative ahead of a 2020 run? Count me out.

It’s not our role as journalists to help get certain candidates elected. Our job is to hold them accountable, along with everyone else. In the course of performing this duty, we sometimes help make politicians better at what they do. Yet it seems as though some are more concerned about whether this story might derail one of the strongest potential contenders to Trump….

Warren should never have to apologize for having Oval Office ambitions, nor even for revealing them as clumsily as she did with this DNA test. By no means is this as damning a deal as what Patrick did to scuttle his own potential run. But Warren is letting this continue to be a problem. Failing to recognize how and why it went wrong — to say nothing of withholding an apology — is surely a troubling sign for a would-be president. We’ve had enough of that.

Whether Democrats jump on board Warren’s sinking ship appears less likely by the day. She’s damaged goods in the eyes of the leftist based of the Democrat Party, and no Democrat is going to get the nomination without the activist base.

I expect Warren to run for president despite these problems.

Warren has an unnatural ability to compartmentalize her Native American problem, and has convinced herself it’s someone else’s problem, not hers.

Just look at her face.

So. The campaign worker goes from the same Indian to the fake “Hispanic”. -chuckle- -chortle-

Same Indian should be FAKE Indian…

She and her Progressive successors still have fomented many questions that they should be forced to answer.

mindy myers is ckearly a self-hating “sexist” woman following the orders of her husband, right?

i mean, hillary told us that’s the reason she lost, along with russia…

If the DNA story doesn’t touch your life somehow, consider yourself privileged.

Well, I am privileged. No doubt about it. But it has little to do with DNA; rather by the happenstance of birth as a Connecticut Yankee and therefore citizen of the first country in all of history to surpass the power and magnificence of Rome at its peak. So, fuck you, Rolling Stone and your pusillanimous fellow-traveler liberals.

You have the right to be proud of your community.

The “Connecticut Yankee”, of Scottish-Irish Heritage invented MORE inventions, and performed more discoveries, than any other Racial or Ethnic group on Earth.

The only other White Racial Ethnic Tribe to come close were the Germanic people.

75%+ of all inventions came from this, the Anglo-Saxon-Celtic Race.

There is one race celebrated for inventing the door knob and peanut butter, I kid you not.

There is actually a book written about this, (in the past 10 years), but the title escaped me.

Many people will find this topic disturbing since it is Heretical to our State Religion.

I was really looking forward to her debating Trump 🙁

it’s interesting how the left is now turning on a white, blue-eyed, blonde haired WOMAN …

the left eventually devours its own like the bolsheviks purged the mensheviks.

It’s the simple fact that O’Rourke has a blarney stone with a bigger pot of gold and more green beer than Warren’s wigwam with its paltry purse of wampum. That’s it. Whoever can rake in the most cash is the front-runner.

There. That’s my culturally insensitive stereotype quota for the weekend.

“Shut up, Washington Redskin, and get your deer hide into town for some beans and bacon”, responded the Lone Ranger. “And take this insipid White Squaw with you and sell her to the nearest Irish Saloon”.

New lefty mantra. No wampum for Liawatha! Pesos for Beto!

This saddens me. In a schadenboner kind of way.

All this reminds me of one of my favorit Kindergarten songs:

Buck up, buttercup. If Elizabeth Warren’s plans to run for President of the United States, then surely as a full-fledged Native American she can run for Chieftainess of the American Indian people.

Buck up, Buttercup. If Elizabeth Warren’s plans to run for President of the United States have been unintentionally scuttled by her own incompetence, then surely as a full-fledged Native American she can run for Chieftainess of the American Indian people.

Gee, I thought everybody wanted to be White?

I love it that Trump destroyed Warren’s run for the presidency before she even announced. The guy is a one man Democrat candidate destroying wrecking crew.