Liberals threw $70 million down the drain in Texas, as Republicans are poised to increase Senate majority

Ted Cruz is projected to defeat Beto O’Rourke, the cool kid on the Democrats’ block.

National liberal contributed over $70 million to Beto. Down the drain.

With Republican wins in Indiana and North Dakota, Republicans will hold the Senate, and may pick up even more seats.

Cruz skated away with the victory. 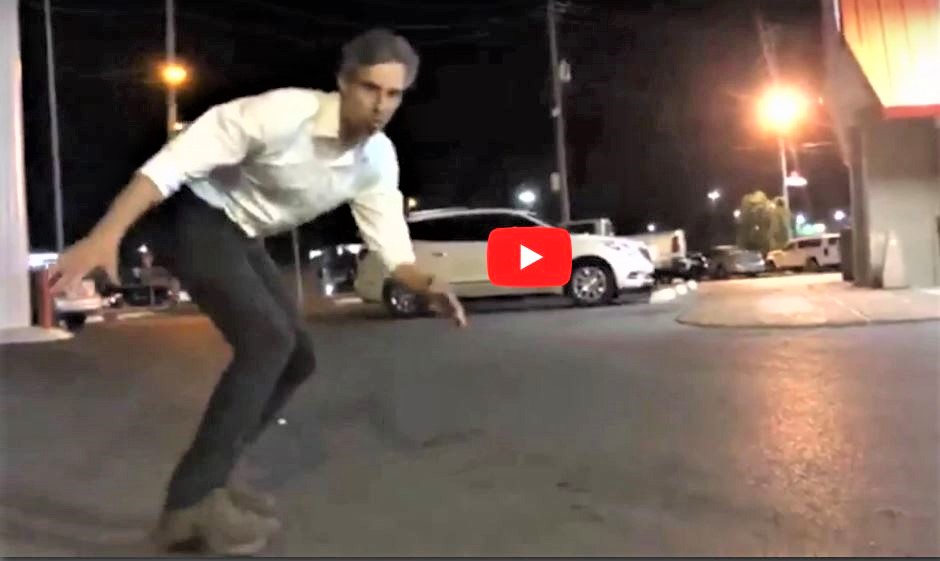 Claire McCaskill is done. This is a sweet victory. She was a shifty and devious politician.

Rick Scott is the next Senator from Florida, defeating Bill Nelson

The Fox News Decision Desk can now project that Republican Governor Rick Scott will oust Democratic Senator Bill Nelson from the seat he has occupied for 18 years. https://t.co/tH1ocNmSM1 pic.twitter.com/C0xG91BeLn

I’ve always liked Ted Cruz. I was crushed when he dropped out of the primaries. With Trump as president and Republicans having the Senate, he does seem a bit out of place these past two years. He’s good as a fiery thorn in the side of Obama and the RINOs. Without anything to grandstand against, haven’t been hearing much from him. Regardless, I hope to see him on the national stage for many more years. Shame to hear about the House though.

Ted has been dedicated to doing his job as Senator and the MSM has been very happy to ignore him. Maybe he needs to engage in more self-promotion.

Given Abbott’s margin, this race was way too close.

I agree; way too close. Beto’s campaign was frightening…..I have never seen so many ads that called out emotion without ever giving a position statement. Yet, people were falling all over Beto. The fact that this election was so close makes me fear Texas’ future.

One Democratic pundit last night called Beto an empty suit, empty-headed fake Hispanic with no accomplishments in his years in Congress who was spent into a viable candidate by a couple of billionaires. He checked off all of their needs: He has Kennedy hair and teeth, rides a skateboard, and is one of them — he married into a billion-dollar fortune.

Thank dear God in heaven I don’t have to see this Fake Hispanic’s face, his stupid signs, his fake name – ever again in my neighborhood.

I don’t know about you, but I have this sneaky desire to go out in my neighborhood tonight and turn all the BETO signs upside down.

Or maybe change the B to a V

“And I will cut off all the horns of the wicked” Gig ’em!

Had he won something, like that SENATE SEAT, we could be talking about that right now.

(I didn’t mean to thumb you down. My keyboard on this MS Surface stinks on ice, and when I wanted to hit “Reply” it went for the thumb down my mistake. I’m sorry!):-(

I bet he is on SNL as a consolation prize soon.

Thankfully I never had to see any signs for the Magic Mickican out in my area. But I wouldn’t bet on never having to see those signs again, there’s always 2020, or 2024, etc.

My oldest son pointed out that the grandsons will not understand that, they have never heard Irish people called “Micks”. Another sign I’m getting old (but I am not there yet, each year the definition of “old” gains another year).

Like Harry Reid, McCaskill parlayed her time in the Senate into a family fortune… she will laugh all the way to the bank as the old saying goes.

Well, some of the credit (or is that debit, I always get the two mixed up) for that fortune goes to her late husband. You know, the previous Senator McCaskill who’s death she rode into the Senate on.

Sorry, I was thinking about Carnahan, not McCaskill.

The poor billionaire Dems blew $70 mil of their cash for nothing. Thank goodness Texans have a Texas-sized dose of common sense.

I’d agree if Ted won by 20 to 30 percent more votes. This was just too damned close.

McCaskill’s loss is sweet. The stench of grift hangs her as her husband feeds at the government trough, and I never thought she cared a whit about doing a good job.

Missouri deserves better and tonight they got it.

Keep your eyes on Josh Hawley in the future. Smart, articulate, photogenic, and only 39 years old. A conservative to watch.

This just in. Texas is still Texas, and New Jersey is still New Jersey.

When I saw Beta riding the skateboard a couple of months back I knew he was bound to lose. I’m not even from here, but I got here as fast as I could. No skateboards involved.

Even Toyota cracked the code.

I still don’t know how TUNDRA and TEXAS EDITION go together, but it’s one h3ll of a better marketing ploy than skateboard beta.

Prove me wrong. Beta locked up the loss when H2h WHAT, the ealier elephant season.

I’m sorry to ask, but I’m old and could you possibly translate that for me?

I was thinking about skateboard eta. I live in F150 Texas. He’s going to lose was my first thought. Hope this translates well.

The misspellings were deliberate.

Cruz also had to contend with the simple fact that he’s even more hated by the GOPe than Trump. They admitted that in 2016.

Beto got his picante sauce from New York City.

I can’t believe people lost $70 million dollars betting against that.

My father once told my wife he would not recognize any grandchildren born outside the borders of Texas. She thought he was joking.

Oh my bad… Rags, I’m not saying that Beto literally got his picante sauce from NYC. It’s that METAPHOR thingy again.

The picante sauce metaphor works, but instead of getting a rope, we went out and got a vote.

“Beto got his picante sauce from New York City.”

Them lying bastards were calling it for Beto, even after the poll’s closed.

Another $5 for you. Don’t spend it all in one place.