“Well, it is startling that Josh Hawley would be part of fraudulently embedding somebody in my campaign. He’s the Attorney General of the state of Missouri. He’s supposed to be going after fraud, not participating in it,” she said. On television. 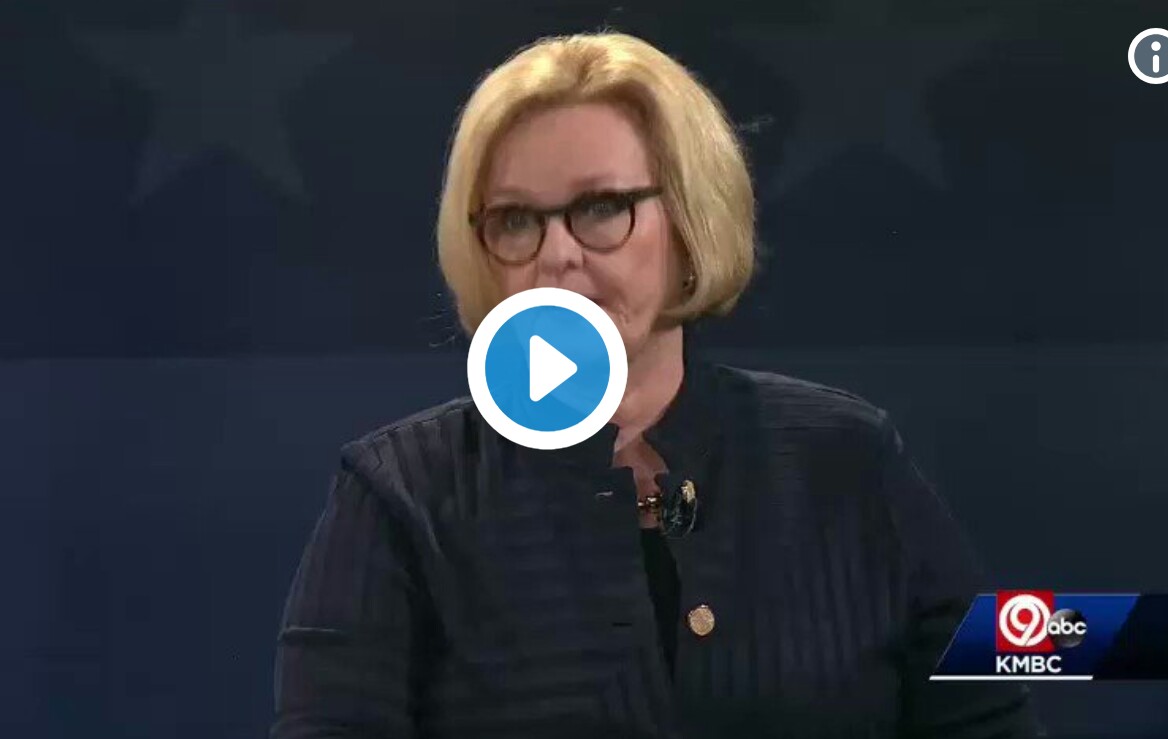 There’s brutal and then there’s BRUTAL and this is the latter.

During a Missouri Senate debate, Democrat incumbent Claire McCaskill was busted in a bald-faced lie.

The issue of Project Veritas’ undercover videos arose during the debate. McCaskill accused Hawley of being involved in the videos and then all but demanded Hawley (the state’s AG) investigate Project Veritas.

Again, Hawley denied being involved in the videos and said, “and to accuse me of fraud, which is what Senator McCaskill did. She said that I committed fraud. That I participated in a fraud. She said that on television.

McCaskill interrupted him and said, “I didn’t say that on television.”

SPOILER: She said that on television.

“Well, it is startling that Josh Hawley would be part of fraudulently embedding somebody in my campaign. He’s the Attorney General of the state of Missouri. He’s supposed to be going after fraud, not participating in it,” she said. On television.

Speaking of dishonesty. Nothing like being caught on camera. #mosen pic.twitter.com/StSwn71F5D

“Oh, what a tangled web we weave when we practice to deceive”
Walter Scott said it best, but oh how those Dems obfuscate when called out on the lies that have wove. McCaskill rates right up there with Obama campaign for some state senators … Lies upon lies of deception woven into his fabric and the deception of the truth.

I don’t see a thing wrong with what she did or said. She just wants to win. That is the standard followed by the Republican Party – isn’t it?

Since all you antifa goons have is lies you would of course not see anything wrong with lying.

No that would be the leftist standard. For reference see Harry Reid.

What I cannot figure out is why the good people of MO would have EVER elected this lying cow in the first place! She has been lying to her constituents for years and they keep voting her into office. Why?

There are things you cannot “un-say”.

Me thinks someone is nervous and fearful that they will become “Former Senator” come Jan. 2019.

If she gets reelected, think about what that says about the voters in Missouri. Hello — the clue phone is ringing and it’s for you.

Did I miss the part where she has clearly stated that those campaign workers of hers were lying about what they told Veritas? Help me out here.

All I have seen so far is some version of “they cheated to get that interview”.

They can’t do that. Only we can do that. (apologies to Animal House).

She didn’t just say that on television, it was widely reported. I heard about it without any special effort. Also, the “television” aspect is pretty unimportant to begin with. She said it. I presume she still stands by it. She said her opponent planted the Veritas operative into her campaign. What’s vague about her comments that makes them difficult to understand?

The important point is that it is on video, and it was broadcast widely. Just saying it in these days of pervasive video and Democrat denial of reality can be easily explained away.

Video, not so much. Although the MSM blockers and fellow-travelers will do all they can to prop her up and try to erase that lie with more of their own.

If Liberals couldn’t lie they’d have nothing to say!

She’s in a very difficult position, caught with her pants down and her treachery exposed. Now all she can do is repeat “fraud” and “Hawley” in the same sentence, over and over, and hope that’s enough to establish some sort of linkage between the two, at least in the heads of some of the duller voters.

I can understand how you can get away with this stuff in Blue State but how does a person vote for Trump and run back to McCaskill as the best candidate for your Senator? You seriously are in some denial about the Democrat party if you can’t see it is across the baord bad and just cause your mommy and daddy voted Democrat that means you need to vote Democrat BLINDLY.

Oh, okay. So she SAID it on television, but she didn’t MEAN it the way it sounded. An honest mistake. McCaskill just oozes honesty.

Wow. News headline of the week: Democrats caught lying. That’s like reporting that rain is wet.

Air Claire gets elected in MO because the voters are not informed of her duplicity, her lies.

Let’s hope this changes, that THIS is the year that the state that went for Trump 56.77% will kick this lying, federal-insider trader (getting her husband deals that have lined their pockets, heavily) POS to the curb and put someone in who will help MO regain some of its economic strength (currently ranked 33rd for state economic strength).

The fact it spilled over into her public personna caught on camera isn’t surprising.

I’m voting for Josh Hawley(R). [I finally got my yard sign!]