Will Nellie Ohr Appear Before Congress?

Will Nellie Ohr Appear Before Congress? 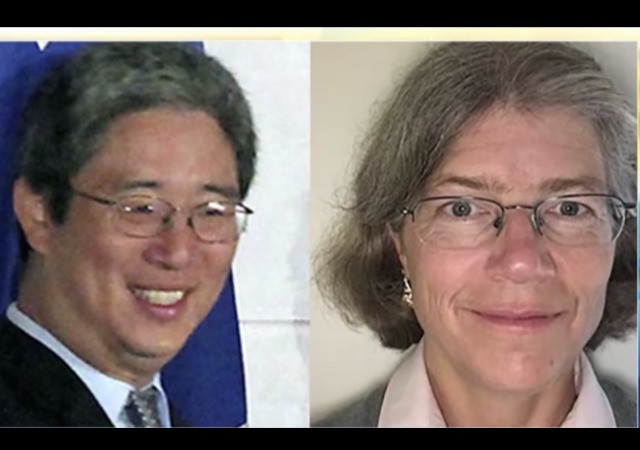 Nellie Ohr, the wife of DOJ official Bruce Ohr and employee at GPS Fusion, has an closed door hearing with Congress on Friday, but now some say she has refused to make an appearance.

Ohr worked at Fusion GPS, the company behind the infamous Steele dossier, from December 2015 until right after the election. Her husband spoke with Christopher Steele, the man who put together the dossier, and Fusion GPS founder Glenn Simpson during that time as well.

The Daily Caller reported on September 16:

Republican lawmakers have questioned the Ohrs’ relationship to Fusion GPS and Steele. The husband-and-wife duo met with Steele on July 30, 2016, a day before the FBI opened its counterintelligence investigation into the Trump campaign’s possible ties to Russia. Nellie Ohr began working for Fusion GPS in December 2015. Congressional sources have told The Daily Caller News Foundation that Fusion approached Ohr for the job.

Bruce Ohr testified in August that just after the meeting with Steele, he contacted then-FBI Deputy Director Andrew McCabe. Ohr remained in contact with Steele even after the FBI cut ties with the former spy because of his unauthorized contacts with the media. Ohr provided at least a dozen briefings to the FBI about his conversations and meetings with Steele from November 2016 and May 2017. (RELATED: Fusion GPS Founder Shared ‘False Story’ About GOP Lawyer In Meeting With DOJ’s Bruce Ohr)

Republicans want to know why Fusion GPS hired Nellie Ohr as well as why Bruce Ohr was used to pass information to the FBI. Steele, a former MI6 officer, shared information from his investigation with the FBI in early July 2016.

This morning, though, sources have told The Daily Caller that Nellie has refused to appear at her hearing and that House Judiciary Chairman Bob Goodlatte wants to subpoena her. The sources mentioned “that former FBI general counsel James Baker is not cooperating with the committees’ request for an interview.”

Fox News reported after Bruce Ohr’s testimony that Rep. Darrel Issa (R-CA) found that the official “has a poor memory” and could “not remember a lot of details and, you know, poor memories are often claimed by people who want to stick to what they can say and not be caught in perjury.”

In December, the DOJ demoted Bruce Ohr amid a probe into his contacts with Fusion GPS. The agency stripped him of his title as associate deputy attorney general and he vacated his office on the fourth floor.

Contacted by Fox News, investigators for the House Permanent Select Committee on Intelligence (HPSCI) confirmed that Nellie H. Ohr, wife of the demoted official, Bruce G. Ohr, worked for the opposition research firm last year. The precise nature of Mrs. Ohr’s duties – including whether she worked on the dossier – remains unclear but a review of her published works available online reveals Mrs. Ohr has written extensively on Russia-related subjects. HPSCI staff confirmed to Fox News that she was paid by Fusion GPS through the summer and fall of 2016.

Fusion GPS has attracted scrutiny because Republican lawmakers have spent the better part of this year investigating whether the dossier, which was funded by the Hillary Clinton campaign and the Democratic National Committee, served as the basis for the Justice Department and the FBI to obtain FISA surveillance last year on a Trump campaign adviser named Carter Page.

A review of open source materials shows Mrs. Ohr was described as a Russia expert at the Wilson Center, a Washington think tank, when she worked there, briefly, a decade ago. The Center’s website said her project focused on the experiences of Russian farmers during Stalin’s collectivization program and following the invasion of Russia by Nazi forces in 1941. She has also reviewed a number of books about twentieth century Russia, including Reconstructing the State: Personal Networks and Elite Identity in Soviet Russia (2000), by Gerald Easter, a political scientist at Boston College, and Bertrand M. Patenaude’s The Big Show in Bololand: The American Relief Expedition to Soviet Russia in the Famine of 1921 (2002).

So is Congress still in business? Or are they just a superfluous rubber stamp operation for the bureaucracy? It’s time for people to be held accountable.

If Congress just keeps rolling over as criminals openly hold them in contempt, maybe we don’t need them and can just get to the shooting part of the rebellion? Hello? Congress? Anybody home?

Register my vote for Congress being 1/3 rubber stamp, 1/3 Kabuki theater, and 1/3 mutual graft society. Nothing more.

What about the really stupid contingent, which would probably overlap the crooks group?

I wanted to be a little contrarian just for the fun of it, but it’s hard to argue with any point of your spectacularly perfect breakdown.

Just compel her testimony. Screw the “Resistance”. Enough is enough. The grown-ups need to get back to fixing all the stuff the Democrats broke.

To compel her testimony, they would have to offer her immunity.

Offering immunity *without* knowing exactly what she’d say is a recipe for disaster, because she can lie like a rug and there’s no way to prosecute the perjury.

I don’t think that’s correct. I believe that immunity is generally made contingent on cooperation. So if someone refuses to cooperate, say by lying like a rug, then in theory their immunity can be revoked.

In reality, only Republicans are punished for perjury, and extremely few of them. So the distinction is moot.

I think “immunity” is abused. It used to be that a defendant bargained to provide testimony in exchange for immunity. In so doing, the defendant voluntarily surrendered his right to remain silent by offering a deal.

This process somehow morphed into the state’s imposition (it’s no longer a “deal,” it’s now a directive)of immunity along with a demand for testimony. Rather than a voluntary surrender of a right, this version of immunity takes a person’s right to remain silent without the due (judicial) process required by the Constitution. A person granted immunity who subsequently refuses to testify can then be charged with contempt – meaning that a person subject to an unconstitutional process is magically transformed into a criminal.

To compel her testimony, they would have to offer her immunity.

There are lots of ways to “compel” testimony. The first is to subpoena the witness, and then if they fail to appear, to have the Sergeant At Arms go and arrest her and bring her bodily before Congress. Then, specifically demand she testify about her knowledge of OTHER people’s acts (specifically STEELE). She has NO 5TH AMENDMENT PRIVILEGE to refuse to answer those questions, because she is not criminally liable, and if she attempts to assert privilege, you now KNOW where to dig, and charge her with criminal conspiracy.

If she refuses to testify AT ALL, hold her in contempt, and detain her until she decides that getting out of the Jail is more important than keeping her mouth shut. It should only take a few weeks, AT MOST.

Offering immunity *without* knowing exactly what she’d say is a recipe for disaster, because she can lie like a rug and there’s no way to prosecute the perjury.

The Immunity is based on her giving TRUTHFUL testimony. You catch her in so much as ONE lie, and her immunity deal collapses. It’s all about framing the immunity deal: she has to answer EACH AND EVERY question, and if she refuses in any way shape or form, she’s toast. Offer the same deal to Bruce Orr, and make sure that they are sequestered from each other’s testimony. If their stories don’t match in even the SMALLEST detail, revoke BOTH immunity agreements, and set them for criminal trial on every charge that can be thrown at them.

The operatives are refusing to testify and cooperative because they are hoping that the Dems take the House back in the election. If so all the investigations will die and the operatives will be off the hook.

Just another reason to get all the red state voters in the House elections — if you want the operatives to be forced to testify, the Republicans have to hold the House.

When was the last time someone was jailed for failing to comply with a Congressional subpoena? Or for that matter for lying to Congress? As a commenter noted already there is a lot of kabuki theater here.

I’m guessing she doesn’t get a Bureau Attorney and qualified immunity to cover her kiester for any illegal actions or perjerous statements.

NOPE! She was not working for the Bureau at the time of the acts. No qualified immunity (not that she would be eligible for it anyway, as these acts are probably outside the scope of employment), and no Bureau-paid Attorney.

Congress is incapable of keeping so many balls in the air at one time, but the FBI will never investigate this honestly until Sessionszzz is gone.

I’m hoping that the day after the election President Trump cleans the Administration of the rats. There are TOO MANY individuals hiding behind claims of “being above it all” to continue. At minimum, the ENTIRE Justice Department senior staff should be fired, and a hyper-partisan should be installed and RAMRODDED through the Senate.

At this point, Optics needs to take a back-seat to Justice.

Immediately after that, RAMROD through EVERY SINGLE JUDICIAL placement. FILL THE FEDERAL BENCH with the youngest, most hyper-partisan Conservative Judicial Nominees that can be found. Strict Constitutionalist / Textualists.