The brothers, an NYPD police officer and FDNY firefighter, from my hometown. 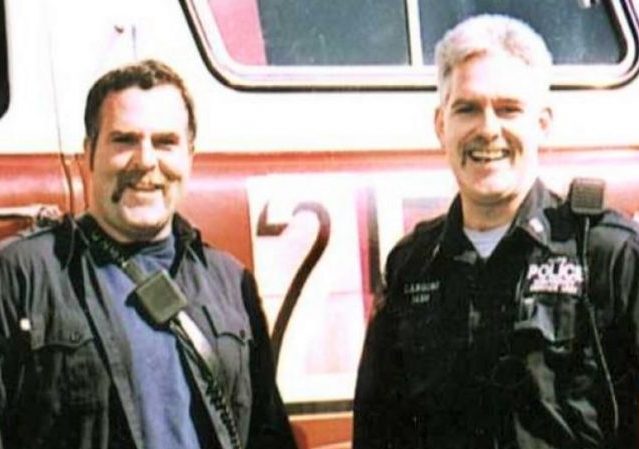 I should have known about brothers Thomas and Peter Langone.

They were from the place where I grew up, Roslyn, New York, just outside New York City on Long Island. They were just a couple of years younger, but I didn’t know them.

I first learned of them when I saw a post on April 1, 2018, on a Facebook page for people who grew up in Roslyn in the 1970s, regarding the Police Museum in Florida honoring Thomas Langone. 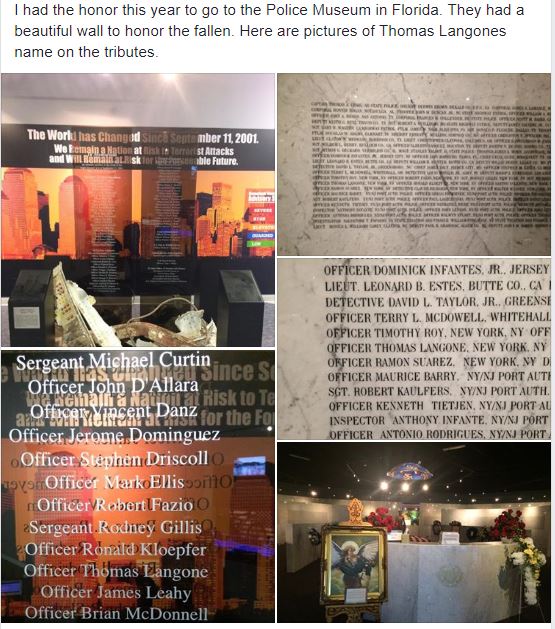 Caitlin Langone, daughter of Tommy Langone, was 12 and sitting in her second class of the day when terrorists attacked New York City’s twin towers on Sept. 11, 2001. She knew her father would be at the World Trade Center because he was a New York Police Department rescue worker and a volunteer firefighter. Helping people is what he and his brother Peter did.

Both died that day.

“I remember hearing about it, and my first thought was, ‘How does a plane hit something that is like 110 stories tall?’ ” said Caitlin, 22. “As a little kid, we don’t know what terrorism is. I had never heard that term.”

She had no idea that on that Tuesday she would join an estimated 3,051 other kids whose parents would never come home. Some weren’t even born yet….

I had to learn more about these two hometown heroes. I bookmarked the story to research and write up for today.

9/11 was not the first time the Langones responded to a terrorist attack. Thomas Langone helped search the rubble of the 1995 Oklahoma City bombing (image via Roslyn News): 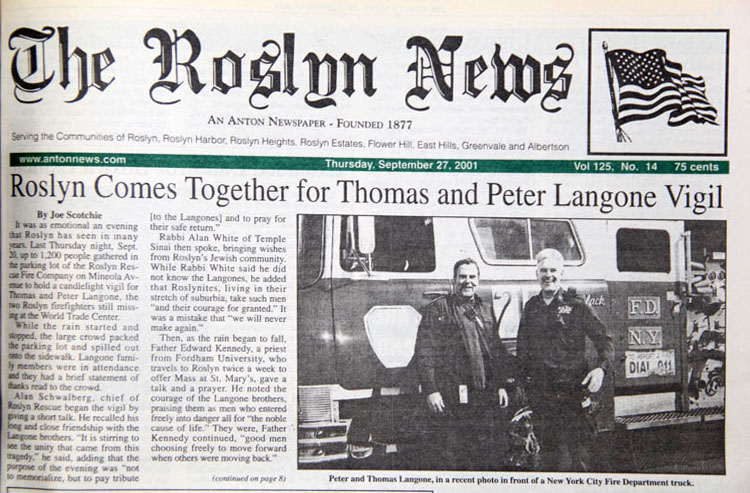 All of the losses were traumatic, including Peter Langone and his brother, Thomas, both of whom served, respectively, on the New York Fire Department and New York Police Department. Peter and Tommy’s father was also a member of the FDNY. The Langone funeral was attended by then-Oklahoma Gov. Frank Keating, who gave a moving eulogy. Why? Well, in 1994 [sic], when Oklahoma City suffered its own terrorist attack, Tom Langone traveled all the way from New York to Oklahoma to assist in the rescue operations. And that’s exactly the kind of person he was.

Two brothers, one a firefighter and one a police officer, will be saluted together tomorrow as World Trade Center heroes, who lived a shared dream of helping others.

The Finest and the Bravest will gather to honor Officer Thomas Langone, 39, of Emergency Service Truck 10 in Queens and firefighter Peter Langone, 41, of Engine 252 in Brooklyn….

Tommy Langone, who was also a chief in the Roslyn Volunteer Fire Department and gave a fire-prevention class at a local nursery school, never thought about medals, said his wife, JoAnn.

“Tommy was a guy who just wanted to help people,” she said. “He didn’t care if they were rich or poor, black or white, a cop or a civilian. He passed on doing what he wanted to do, saving people.” …

When his wife of 15 years heard that the Twin Towers were under attack, “I knew Tommy would be there trying to save people,” she said.

He was last seen on a 20th-floor stairway in the south tower….

The last time Terri Langone heard her husband Peter’s voice was Sept. 11 when he called her and said “Turn on the TV. I’m going to the job,” she said.

“My husband always said if someone is in there [a fire], you’re going to go in and get him even if it means your life,” she said.

“You never think it’s going to happen to you,” his wife of 11 years added softly.

Peter, a firefighter for 14½ years and before that a police officer for 1½ years, was generous, hardworking and “brutally honest, with a heart of gold,” his wife said.

He adored their daughters, Nikki, 9, and Karli, 5, and “loved to go swimming with the girls. He always took them to the pool.”

The brothers are also survived by their mother, Sheila, and their sisters, Joanne and Rosemary.

In December 2001, The NY Times carried this profile of the Langone brothers, as part of its ongoing profiles of people who died that day:

On the Job, Together

A neighboring volunteer fire company called the one in Roslyn, N.Y., for help on Thanksgiving Day 2000. A rescue specialist was needed to extricate a young man from a wrecked car. The company, and the driver, were lucky. Two rescue specialists, Peter and Thomas Langone, arrived and cut him loose.

In their time off, Firefighter Peter Langone and Police Officer Thomas Langone were leaders at the Roslyn Rescue Fire Company, training other volunteers in the skills they learned at work.

Peter Langone, 41, a driver with Engine Company 252 in Bushwick, Brooklyn, a specialty unit, was the ”elder statesman” at the firehouse, according to Firefighter James O’Connor. He drove the truck and showed rookies the ropes, speaking bluntly at times. ”He never beat around the bush,” Firefighter O’Connor said. His wife, Terri, and his daughters Nikki, 9, and Karli, 5, were often seen around the firehouse, and they took weekend trips to the country. They were planning a family trip to Disney World this winter. He also liked to hunt, and in good years that meant venison stew in the firehouse.

Thomas Langone, 39, of Emergency Squad 10 in Brooklyn, went to Oklahoma City in 1995 to help with recovery efforts after the bombing of the Alfred P. Murrah Federal Building. ”His entire day went at a million miles an hour,” a fellow officer said. ”He didn’t wait to be called.” He also taught firefighting techniques for Nassau County, and was working toward a bachelor’s degree from Empire State College’s distance learning program so he could teach when he retired from the department.

With his wife, JoAnn; his daughter, Caitlin, 12; and his son, Brian, 10, Thomas Langone took a trip to Rhode Island last summer, touring mansions and enjoying the cliff walk in Newport.

Their jobs brought the brothers together. In 1990, the Roslyn volunteers went to the scene of the Avianca crash in Oyster Bay. In 1993, working for New York City, the brothers went to the World Trade Center bombing. On Sept. 11, they arrived separately not long before the twin towers collapsed.

The Roslyn Rescue volunteer fire company website remembers the Langones, including this clipping from the local newspaper remembering Thomas Langone and Jane Stein, both of Roslyn:

The Roslyn Rescue website has this image of the plaque remembering its fallen members: 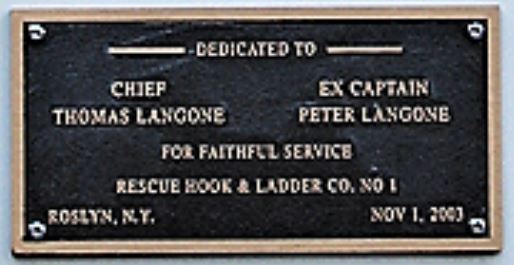 On September 25, 2011, Newsday, the Long Island newspaper, remembered the brothers. The original Newsday profiles of Thomas and Peter are available on Wayback Machine. The remembrance post included numerous photos provided by the Langone families, The Langone brothers remembered. 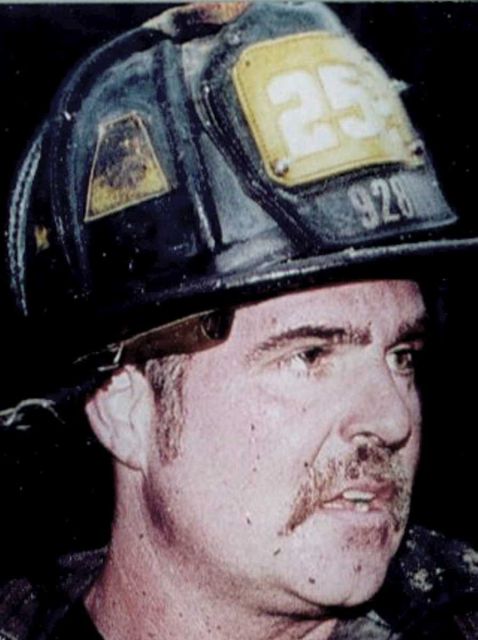 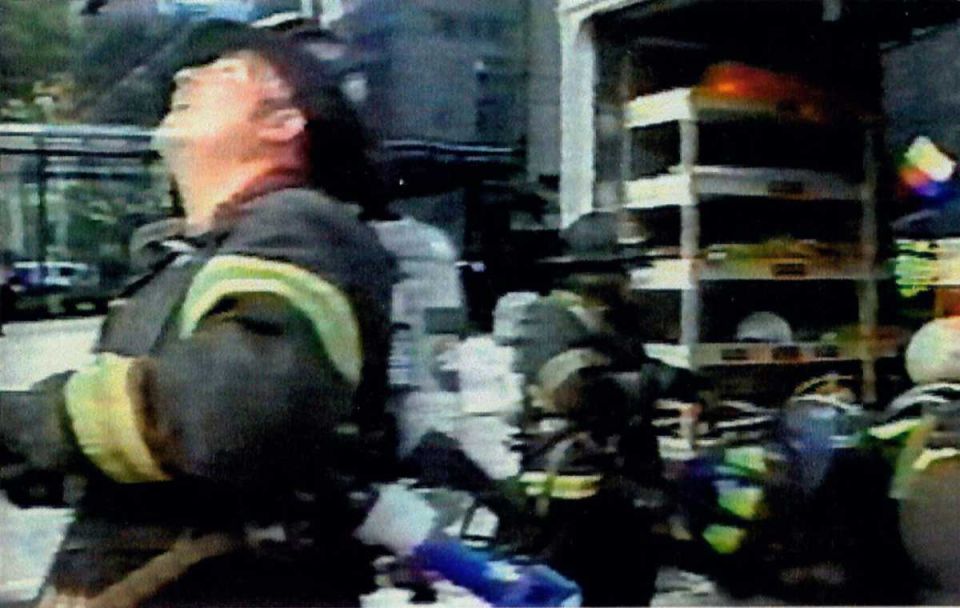 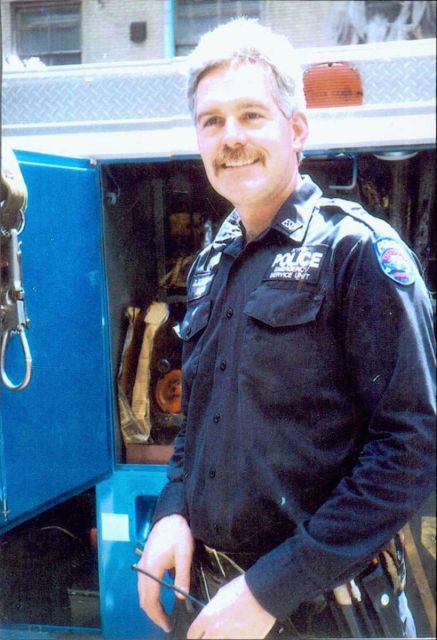 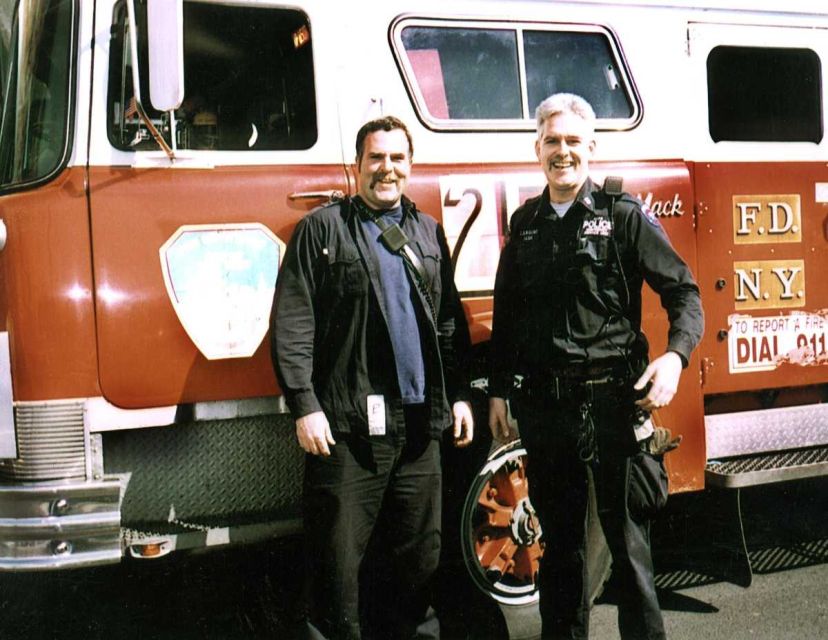 Caitlyn Langone provided this 2015 testimony to her father’s heroism:

In December 2017, another “Langone” joined the NYPD: 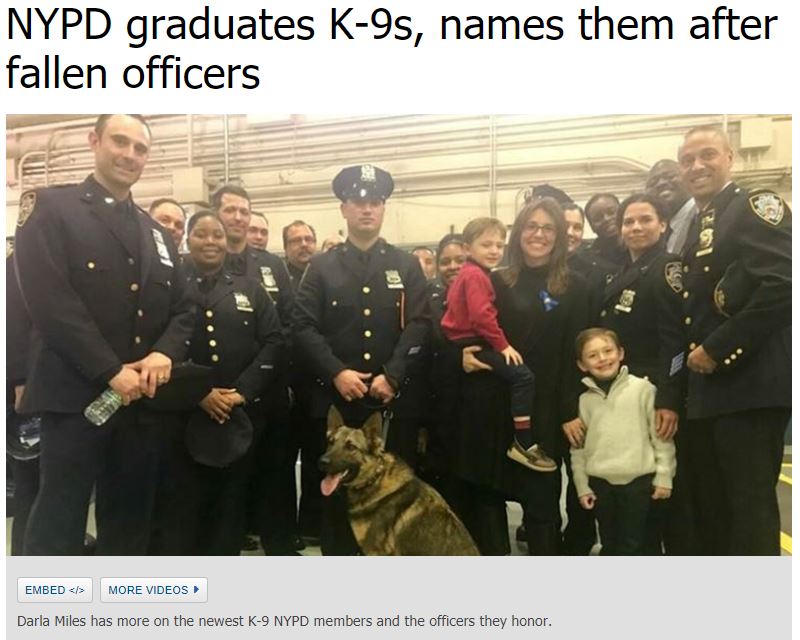 Some of our previous 9/11 Anniversary coverage:

The selfless courage and dedication of first responders, like these 2 beothers, always astounds and chokes me up.

These are why we stand and salute our flag. God bless their families.

Go to minute 22:00, hopefully more people will watch the entire video (these people are still out there)

Roslyn. LI’s best music clubs! My Father’s Place and US Blues. Spent a lot of time there. My first crush died in the towers. Lt Thomas Deangelis FDNY and 5 other people that I knew. F’ing bastards.

A solemn day of remembrance, but one in which the victims the evils perpetrated on 9/11 and their first responders should be honor, especially the ones who made the ultimate sacrifice.

Knowing that over tree thousand children had lost one or both parents bothered me a great deal.

At that time, and to this day, I thought that we should have immediately nuked half a dozen high population density cities full of belligerent Muslims, sending a clear message to them. 9-11 was an act of war, and I am not buying that religion of peace horse crap.

I was across the street at Financial Center (5th floor) that morning waiting for a meeting. The image burned in my memory is the apron of the buildings jammed with emergency vehicles and the emergency workers moving quickly into the building while bodies were falling, great chunks of aluminum siding were spinning down like giant pieces of shrapnel and masses of paper fluttering down from blown out windows. The manifest courage and dedication of the firefighters and police will always stay with me.

We remember these people and celebrate their courage as they gave their all for all of us. But commemorations can fade to empty repetitiveness useless they maintain historic significance. The American Revolution is now revised to a struggle that persisted in slavery and “white privilege”. The Civil War is reduced to just about slavery and the vanquished as perpetual evil without redemption. WWI rendered the world into a continued patchwork in the Middle East and African/Asian of European colonies. WWII… well that one is celebrated as a victory for the Democrat Party and the Republicans now playing the Nazis. Korea and Vietnam… started under Democrat presidents now couched as Republican wars. Present conflicts are all the fault of Republicans as was 9/11. Personal valor and integrity are in short supply in textbooks in universities. History is now pliable to the whims of revisionists. But… on that terrible day… we did see the best in so many people when the challenge arose. That we must remember and, should (when) the time happens again, be ready to answer the same call. If we can’t…we dishonor their sacrifice.

I pray the brothers rest in peace along with their comrades.