“We can never, ever take life for granted.” 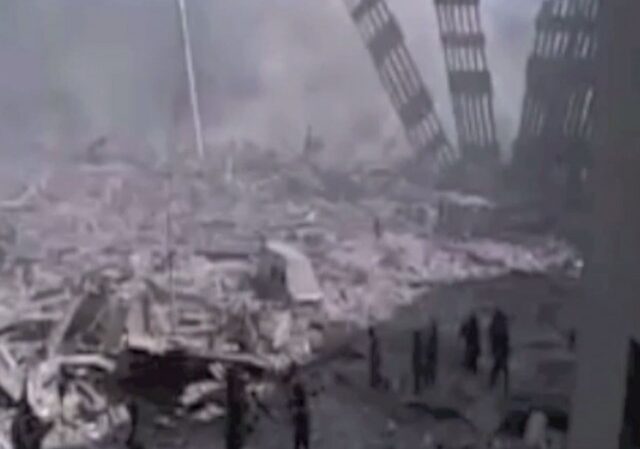 Last year on September 11 Mandy had a wonderful and moving post. Thanks to David for reminding me of it.

Remembering September 11th and the importance of loved ones and endurance

I sat stunned for a minute, paralyzed with fear and dread.  I opened my office door and there was an eerie feeling in the air.  It was noisy, yet quiet and somber at the same time….

My brother worked for a Wall Street brokerage firm at the time, just steps away from the World Trade Center.  By now, my mom had explained to me that she’d been on the phone with him while he’d been running from his building.  He’d called her, absolutely frantic, trying to tell her that planes had hit the Twin Towers and he was trying to escape the area.  He was describing an absolutely horrific scene of destruction and death as my mom cried on the other end.  And then the phone went dead….

I drove straight to my mother’s house, where the whole family gathered and waited to hear from my brother again, not knowing if he was safe.  Every few minutes, the phone would ring and it would be a family member or friend, checking to see if he had made it out and home safely….

It wasn’t until late in the afternoon that we’d finally heard back from him.  He’d borrowed the phone of a stranger and was able to get the call through to let us know he’d made it across the Brooklyn Bridge by foot and could hitch a ride to an exit on a nearby highway, where I had later picked him up myself.

We all spent the night together at my parents’ house, thankful to know that my brother was safe, but heartbroken about what our country was enduring.

My mother still has that stranger’s phone number written down and saved on a piece of paper.

September 11th taught me the importance of family and loved ones in our lives, as well as the compassion of those we may not know, and that we can never, ever take life for granted….

I’ll be visiting Mandy on Tuesday. If there is any message you want me to convey to her, please leave it in the comment section of the original post reporting on her illness. I plan on reading the comments to her.

I had no personal connection with any of the victims or near victims of 9/11, but it was on 09/10/01 that my wife received a diagnosis for a cancerous brain tumor*, initially pronounced inoperable with an 18 month prognosis, but later resected, treated – and essentially cured – by Dr. Stan Friedman’s experimental Brain Tumor Center at Duke University Hospital. Friedman, the BTC, and my wife’s case in particular were profiled (anonymously) in one of several stories 60 Minutes has done on the Center.

My wife is OK now, btw, but only after years and years of hellish chemo and radiation, complicated by a co-occurring heart problem and its meds.

I bring it up for being the rare person who experienced 9/11 entirely different than most folks because of equally horrific circumstances at the same moment, and much closer to home. It was three years before we had any confidence she would survive. 6 kids here. Those years of monthly ‘is the cancer back?’ MRIs were torturous. I remember 9/11 of course, but as horrible as it was, it was background noise in my world.

I’ve appreciated your views and commentary since I got here. You’ve always impressed me but now you really leave me in awe.

It takes more guts than I have to admit the true relationship between USA’s 9/11 and your 9/11. My hats off to you, sir, and may you have many more years to enjoy your marriage.

We are all just “one smudge” on an X-Ray from finding out many of our values and much that we thought important really aren’t the essence of what we really value and what is truly important.

Thanks for opening up about this Henry. Perspective gives us, well…. perspective.

Henry, I don’t know what to say, except thank you for sharing your perspective and your wife’s amazing story.

God be with you and the missus.

Thank you all very much, I deeply appreciate your kind words. Now I’m a wee bit embarrassed, lol.

Mandy. Hang in there! You have a lot of people praying for your speedy and full recovery!

Thank you for reminding us all that life is ephemeral at best, and that relationships endure amidst terrible tragedy.

God bless you and get well soon!

Tell her I miss our email exchanges very much. I am also praying every day for a speedy and complete recovers. Hugs and love.

Thanks, Professor, for linking to Mandy’s full article. A loving, stellar piece.

I was a neuro-surgical icu nurse twenty years ago. The kind of surgery Mandy had are what we cared for. Bring her audio recordings of her well wishes instead of print outs or cards. She can listen at her own pace. Recovery & awakeness comes & goes in spurts. Favorite music through an earphone is good. My fervent prayers to her full recovery.

Mandy, you are in the thoughts and prayers of strangers out here in the world of the internet, but may you be strengthened and comforted – you’ve touched so many lives.

Great reminder Mandy and oh so timely. Get well soon I am praying diligently for your speedy recovery, even better than before.
Hugs……

I sent her an email, but do please tell her that I’m thinking of and praying for her. This was one of a great many of super posts by Mandy, she’s a fine patriot and is much missed.

Thank you for sharing the post, Prof. Jacobson.
It certainly was a poignant reminder. I hadn’t read it previously.

I lurk and read but rarely post. Mandy’s articles always interest and enlighten.

I couldn’t pass up this opportunity to let Mandy know she has been/will be included in my prayers.

I wish you a rapid recovery, Mandy!
May you be blessed with the strength you need, as well as the compassion and love of all those known and unknown to you!